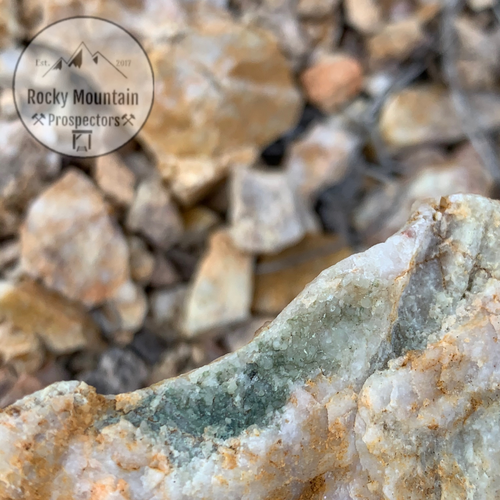 The claim features multiple prospect pits as well as old surface workings, and old adit and hand stacked mine dump from the 1900’s.
The district was active between the late 1890’s until the early 1920’s.
Though largely undocumented, this mine is set in the old Manhattan mining district of northern Colorado, with published USGS mineral records.

Access to the secluded area is by maintained dirt roads, suitable for mid- higher clearance vehicles.
Nearby town of Red Feather Lakes, Colorado offers all amenities including: Fuel, food and lodging.
Within 1.2hrs of Ft.Collins Colorado.
Featuring a large, level parking area suitable for a camper and multiple vehicles.

In addition to mining, the area offers abundant wildlife, hunting and fishing. 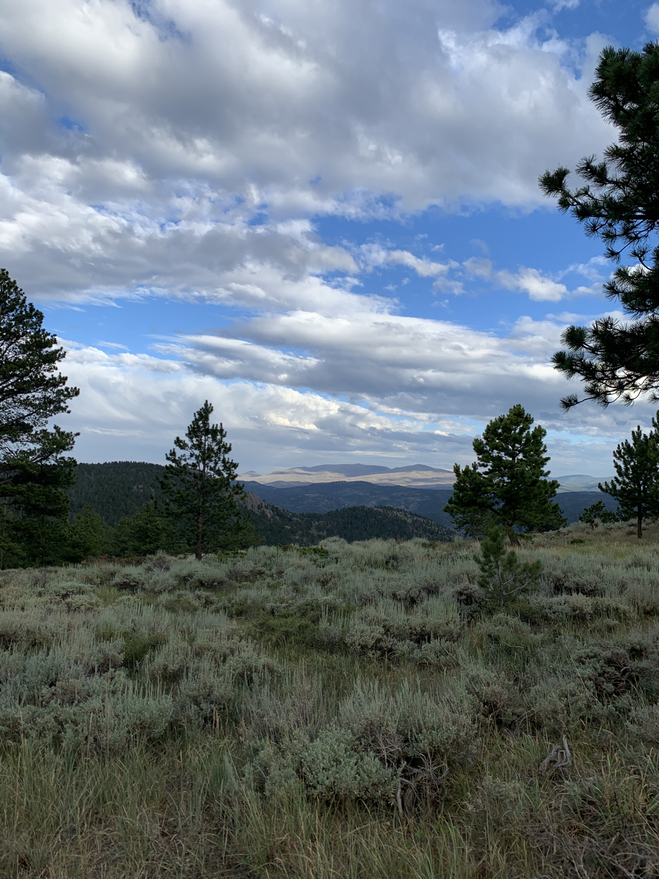 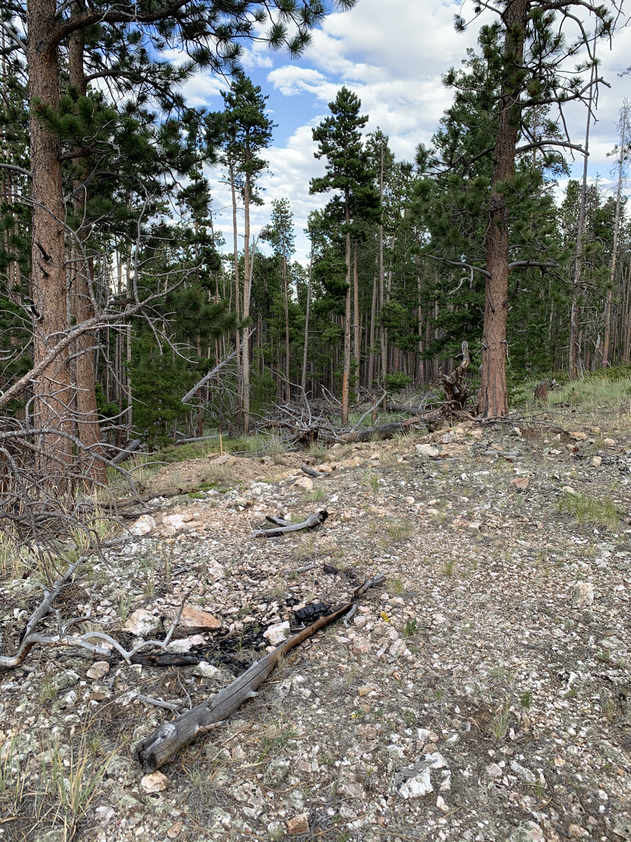 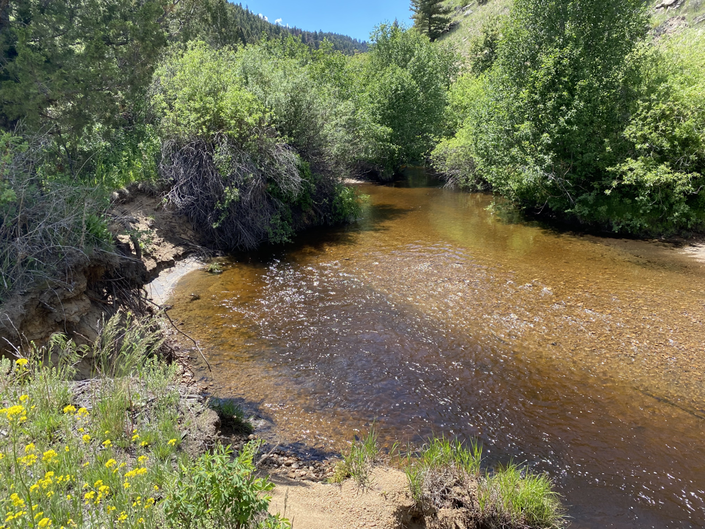 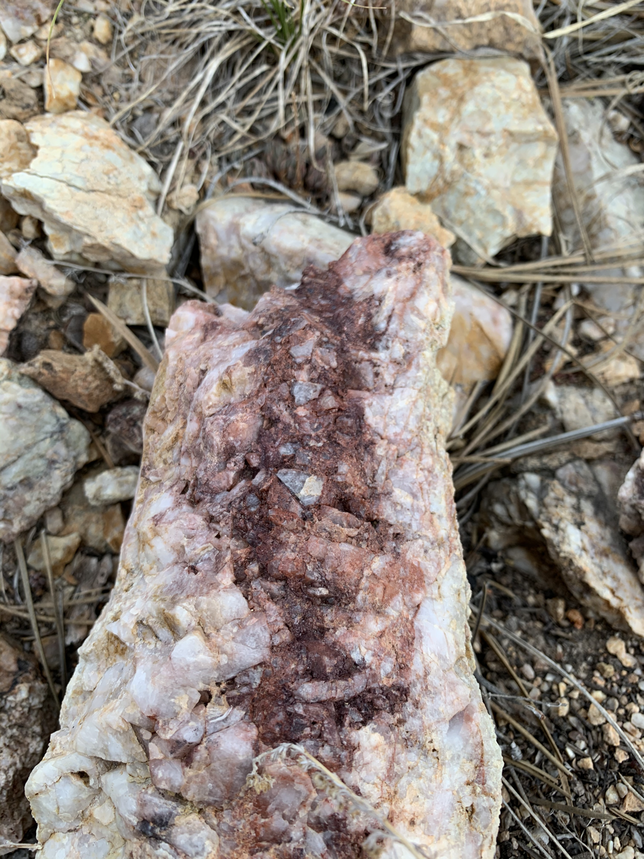 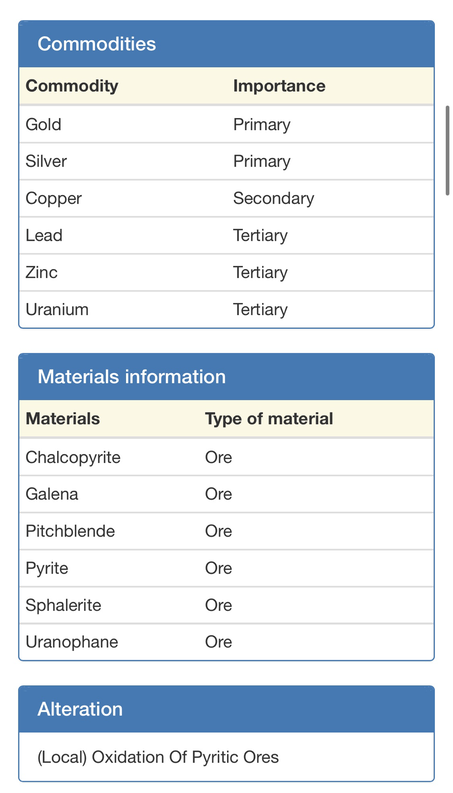 -USGS data
​
The forgotten Gold district of Manhattan Colorado.
​
During the late 1890’s an optimistic prospector by the name of Zimmerman was determined to find Gold up the Cache la Pourdre canyon.
While the majority of the Gold hungry diggers made there way to famous mining towns such as Idaho Springs, Black Hawk or Denver.
Zimmerman followed what wisdom he could retain from native Indian stories, stories of gold pieces in quartz along the river trails.
As is usually the case with a determined prospector, Zimmerman found that which he searched for.
With a wagon and mules, Zimmerman brought ore specimens from his newly located “Elkhorn Mine” into Fort Collins Colorado.

Yearly taxes/fees are maintained by RMP,LLC during financing.