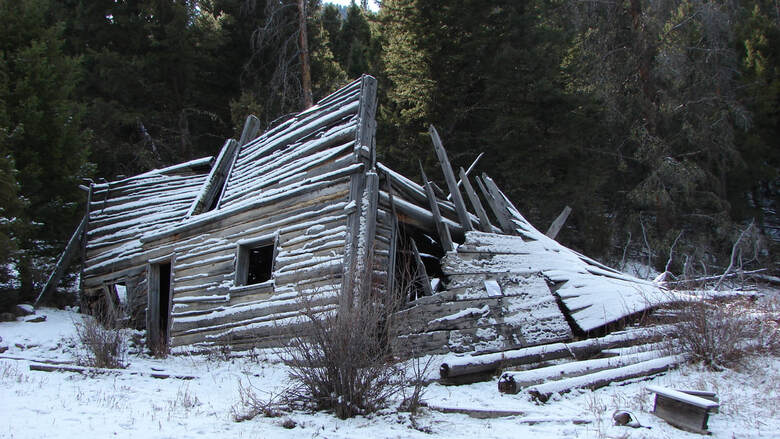 The Shady Nook claim was originally located in the late 1890's by an eastern mining company in search of lode deposits.
After construction of a large bunkhouse for nearby tunnel workings, sluicing operations began in the creek beds leased to alleged Chinese miners.
The property was then purchased in 1937 and owned until 2004 by a family mining outfit.
​
Throughout ownership, the property had been mined on a small basis by family and friends with panning and sluicing operations with good results.
In the 1940's an Eastern dredging company attempted to obtain the upper Barton gulch claims, though the original owners refused to sell.
The dredge went on to purchase 20 acres of mining claims about 4 miles south, and successfully dredged an estimated $800,000 in Gold.


Hand stacked stone tailings are present in the deeper creek cuts, exposing potential bedrock protrusions.
Gold deposits are located in the creek level gravels, bedrock deposits and upper hillside terrace deposits.
​ Barton Creek runs year long, with moderate flow, and general depth of 2.5'- 6" depending on the season. Local old timer property owners in the area speak of "panning" the property annual taxes out of their creeks each year.

- The first discovery of placer gold in Alder Gulch occurred on May 22, 1863, when a small group of prospectors, including William Fairweather, Henry Edgar and Barney Hughes, panned the creek while on their way back to Bannack. The party had discovered what would become the richest placer strike in the history of the Montana Territory.
The prospectors, however, had lost most of their supplies in an encounter with the Crow Indians and had to return to Bannack following the initial strike. They tried to keep the discovery a secret, but word inevitably got out and a horde of some 200 men followed them back to Alder Gulch. As word of the rich diggings along Alder Gulch became known, there was a general exodus from Bannack where the placer workings were starting to play out.

The area around the initial strike was organized as the Fairweather placer district on June 6, 1863, the same day Fairweather's group, and the mob of following miners, arrived back in the gulch. Other meetings followed which adopted mining laws, set up a miner's court, elected officials and created other mining districts.
By the end of 1864 all of Alder Gulch was staked with placer mining claims and divided into placer mining districts. These districts were based primarily on the potential of the placer gravels although they also included lode claims. The Fairweather district was located in the center of the gulch. Above the Fairweather was the Pine Grove district and above it, at the head of the gulch, was the Summit district.

The Granite district was established along Granite Creek, about two miles northwest of Nevada City.
The Highland, Barton Gulch, and Williams Gulch districts were added later to what became the overall Virginia City mining district
Within five years, the district produced over $150,000,000 in placer gold.
-           Local information suggests the structures were utilized by the original mining company and later leased to                              Chinese workers.
A small  wooden footbridge connects the parking area to the bunkhouse and eastern Creekside.

Access to the area is available for most 2wd vehicles and all 4x4's during the warmer months, 4x4 with chains required in the winter.
Level parking and staging area located along the roadside.
​
This Mine is available to the individual enthusiast or an established mining company with high return expectations. 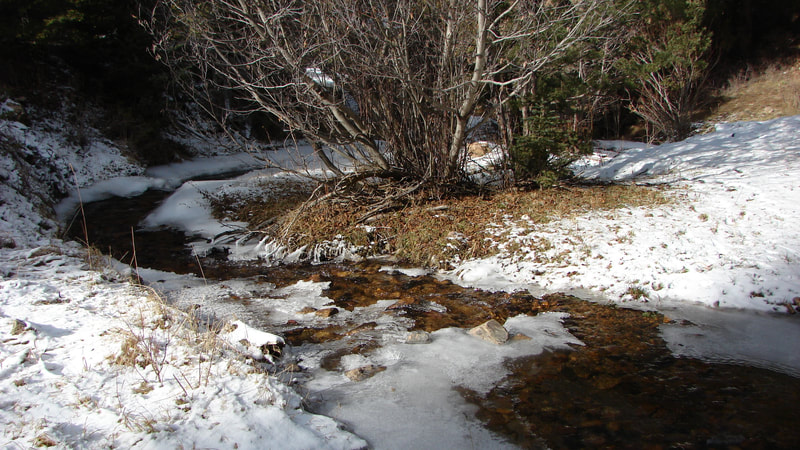 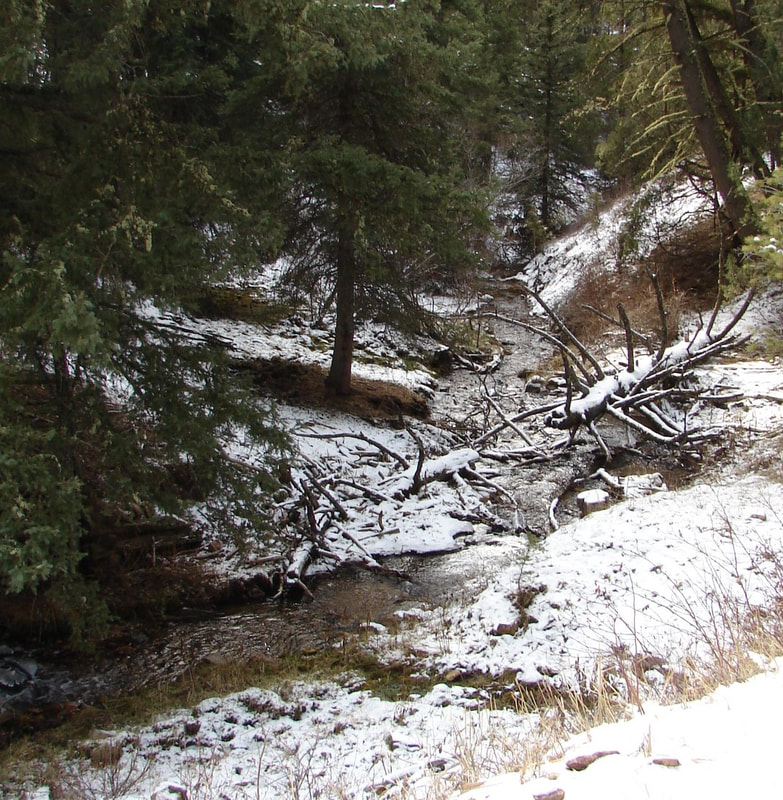 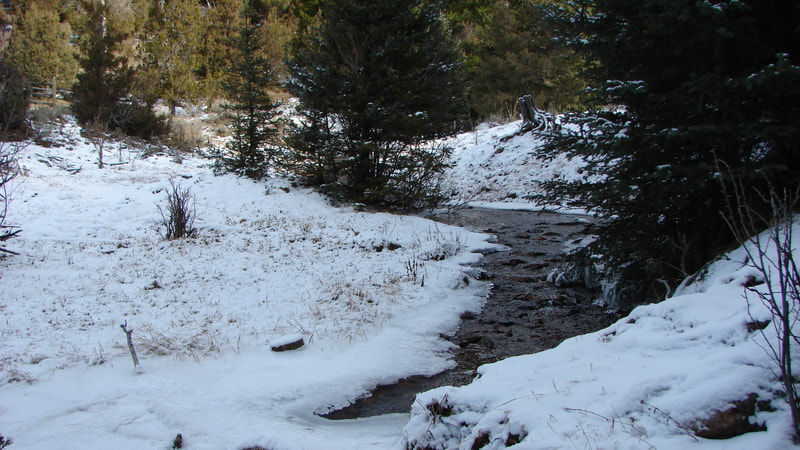 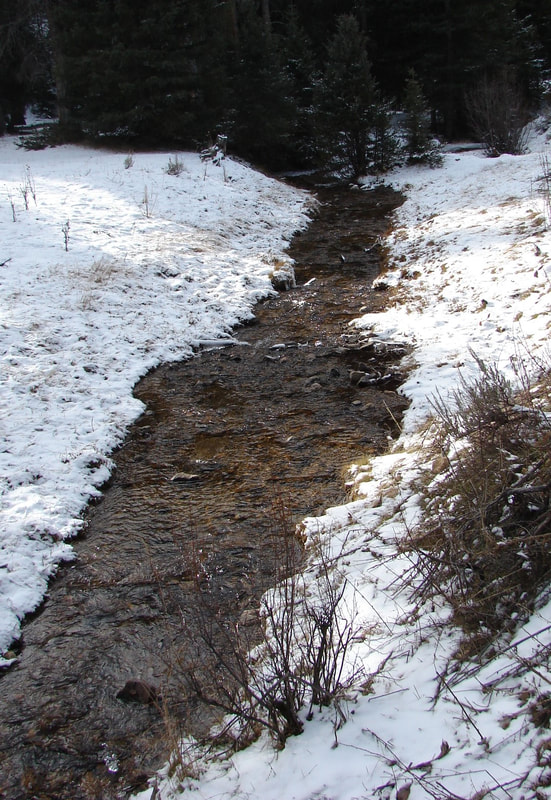 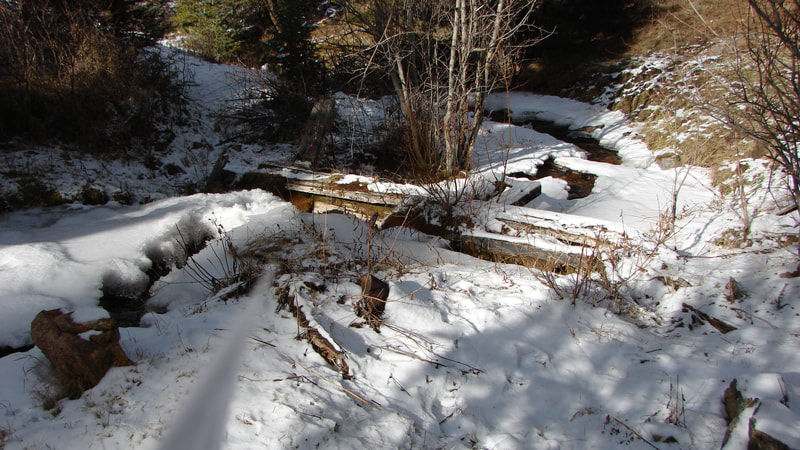 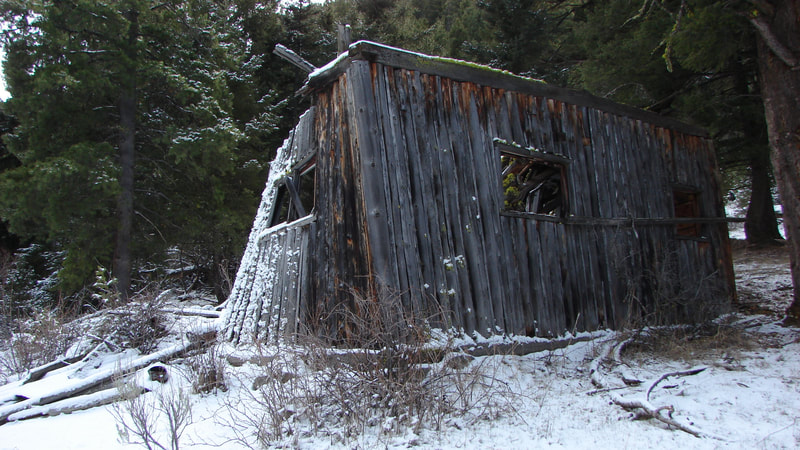 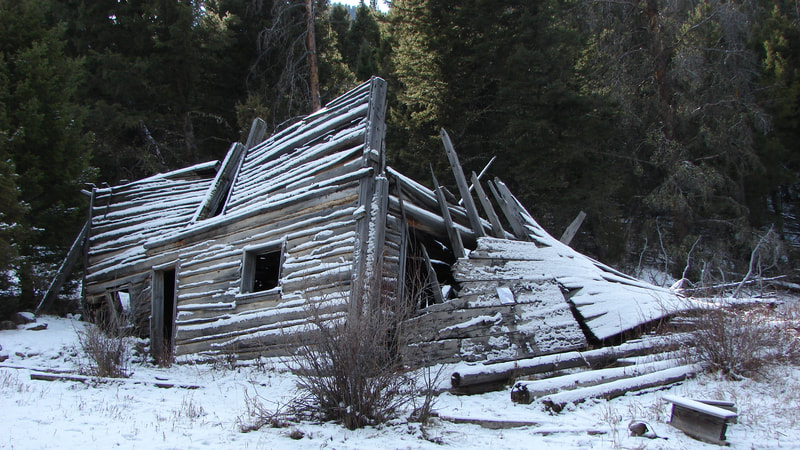 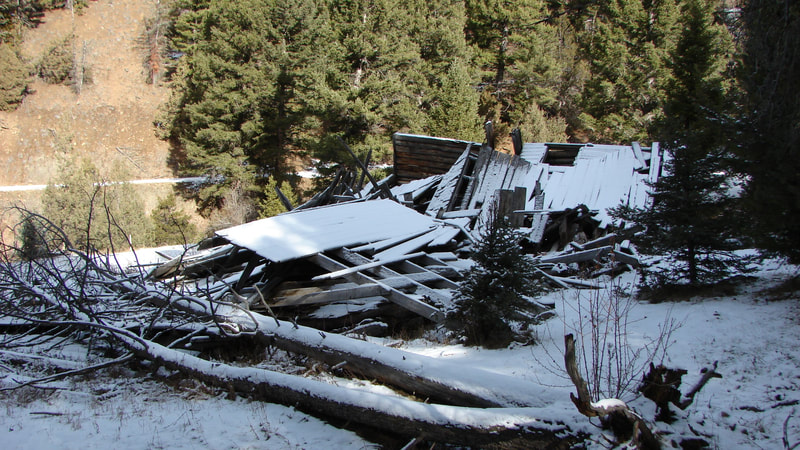 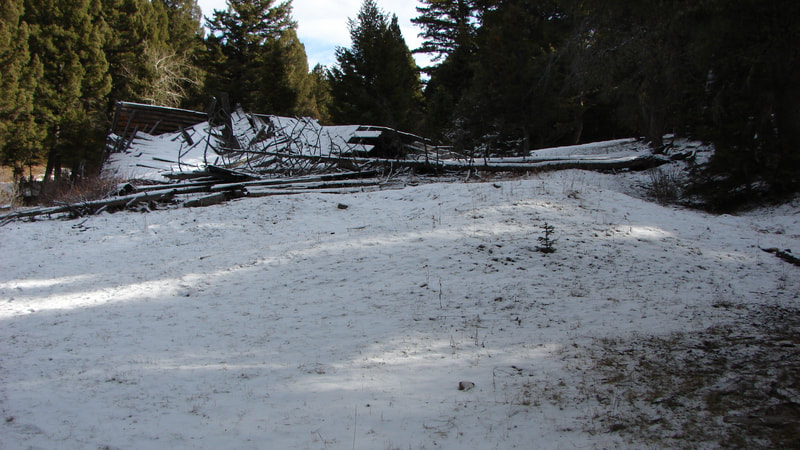 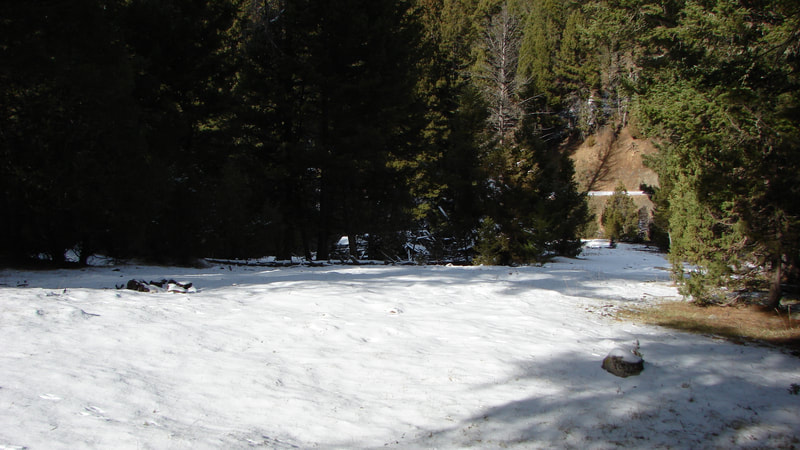 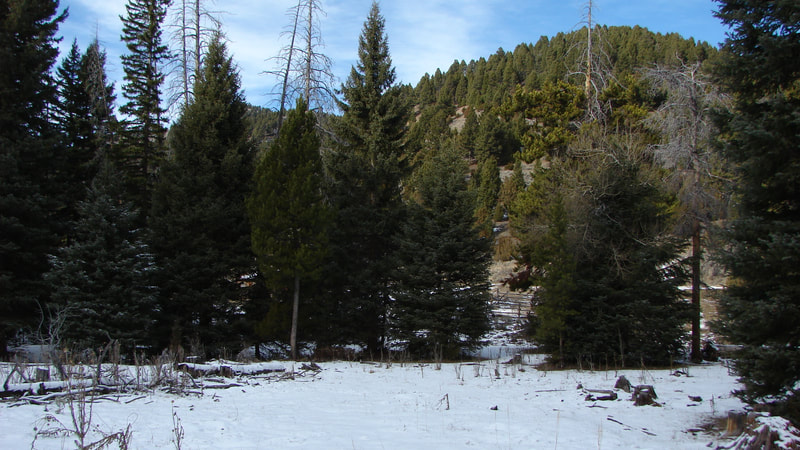 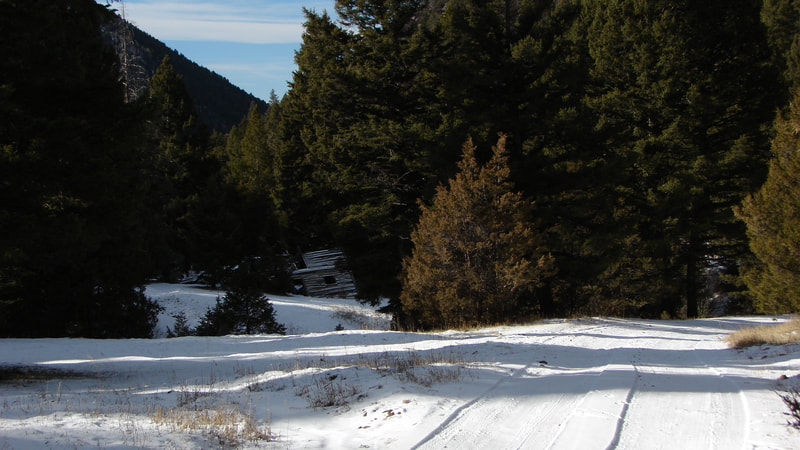 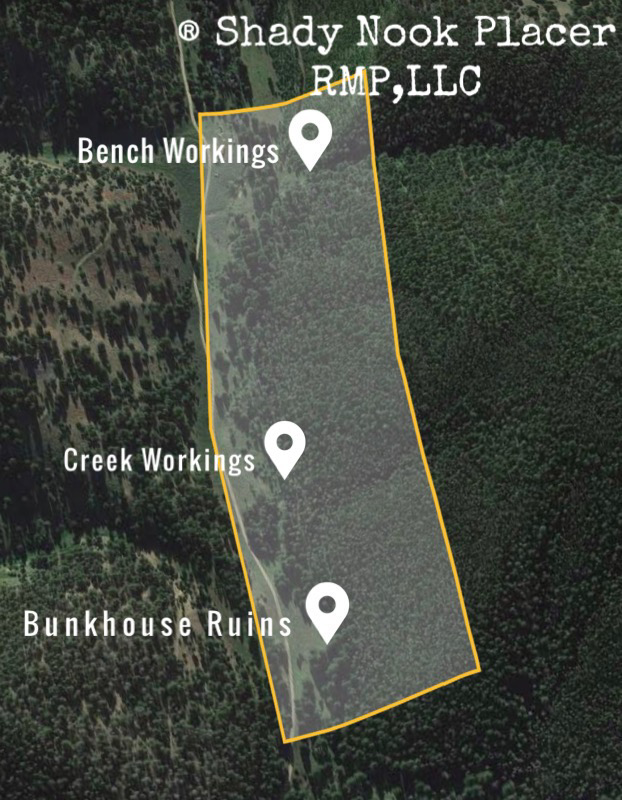