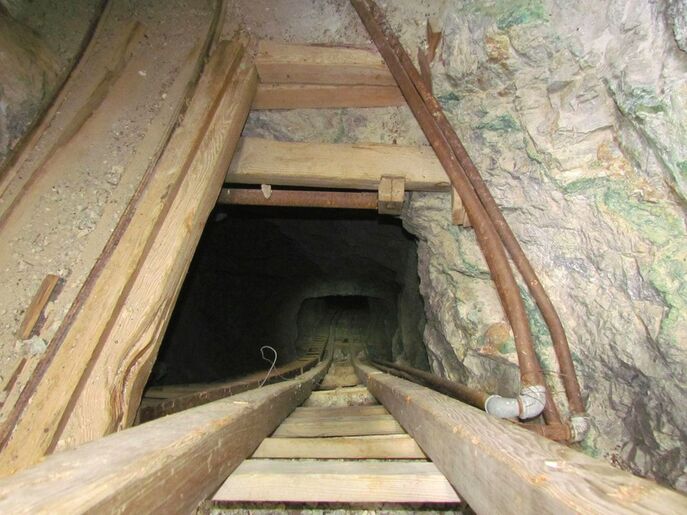 The Paradise Mine
(Lode/Placer)
(20.66 acres)
Clark County, Nevada
$29,000
Under Contract
​
The Paradise Mine is a documented mineral property in the historic Good-Springs Mining district of southern Nevada.
Labeled by the original owner as a prospect to avoid attention, this hidden gem is estimated to have produced over 150,000 tons of high-grade ore.
​ Featuring a standing headframe built in the late 1950s, multiple adit portals connecting over 3000' of combined underground workings on multiple levels, and excellent access.

Originally located in 1956 by a prospector and miner named Blake Clark, the mine was worked on a moderate scale until 1990.
Oddly, though not unheard of, is the lack of production records for this mine.
In an apparent attempt to avoid attention, the site was never updated with production records, mineral grades, or assessment work completed. The annual fees were paid, and the site stayed quietly under the radar as a prospective location for over forty years.
Further investigation of the site revealed the startling fact that a massive mine spill in excess of over 750,000 yards should be present, given the extensive underground system. With just over 500 yards of waste rock, the majority of the material has since shipped out via truck to a nearby processing mill.

The Goodsprings district is Clark County's largest mineral producer with over $31 million in recorded production, over 40% of the county's entire output.
​ Significant drifting is present on the 200' level, complete with steel gauge ore rails and wooden ore shoots.
Secondary workings consist of a large open stope hillside cut, featuring three connecting adit tunnels on the 50' level.
The mine has fresh airflow from the upper shafts, pushing south through the adit entrances.

The mineral composition is : Sphalerite, Hydrozincite, Limonite, Galena, Malachite, and Smithsonite, with smaller lenses of oxide quartz.
​
•Ore grades are estimated at over 6% Copper, 0.25-to-2.5 OPT AU(Gold), 10.3-to-64.0 OPT AG(Silver), with excessive Zinc and base metals available as a secondary commodity.
Bringing estimated values to $2100-to-$6800 per ton of milled ore.

Estimated underground ore reserves are over 125,000 tons in the visible mine face stringers. With visible Gold and native Silver in the contact zones of the limonite and quartz lenses.

In addition to the commonly sought-after Gold and Silver, the Copper and Zinc deposits of this parcel offer significant profits given the current and projected demand in the technological sectors.
​ Our surveyors noted specimen-grade malachite near the mine portals.

Over 1000' of the dry creek bed is available on the site for metal detecting and dry washing options.
Placer values are secondary deposits, as eroded from the oxidized quartz veins on the upper hillsides.

An old processing building once stood below the mine portals, complete with a compressor tank and equipment for the old drilling setup.

A level staging area is available for campers and multiple vehicles.
This secluded site is located within 45 minutes of Las Vegas, Nevada. 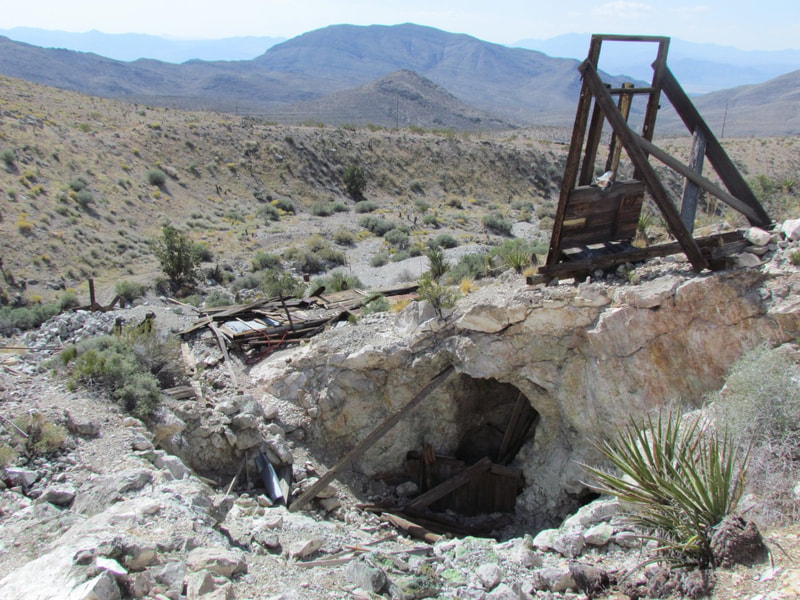 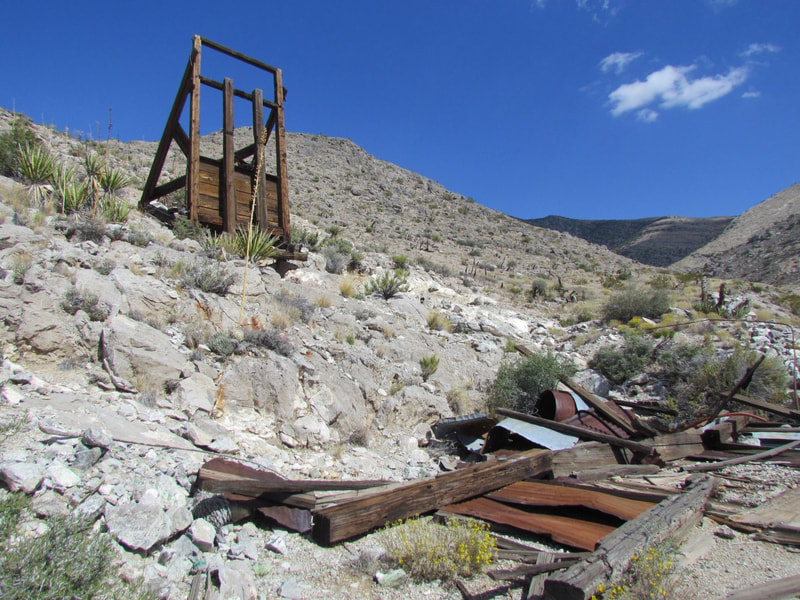 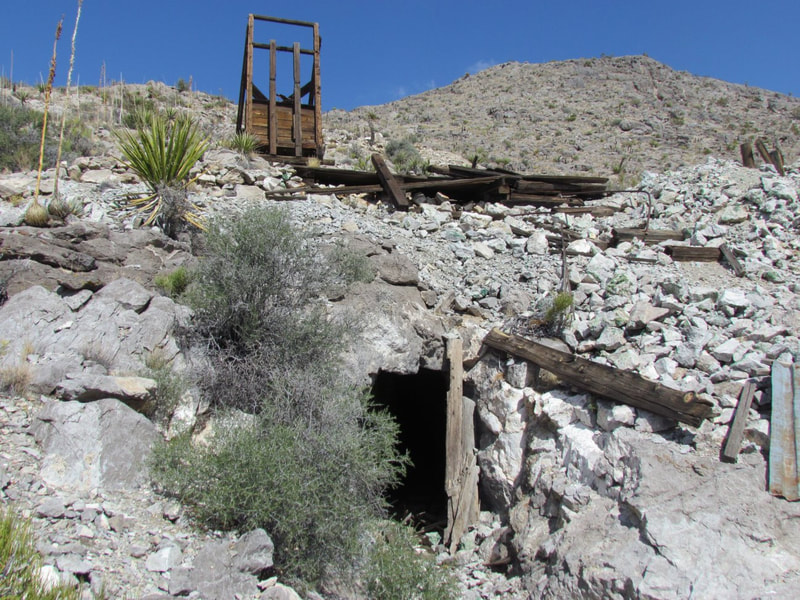 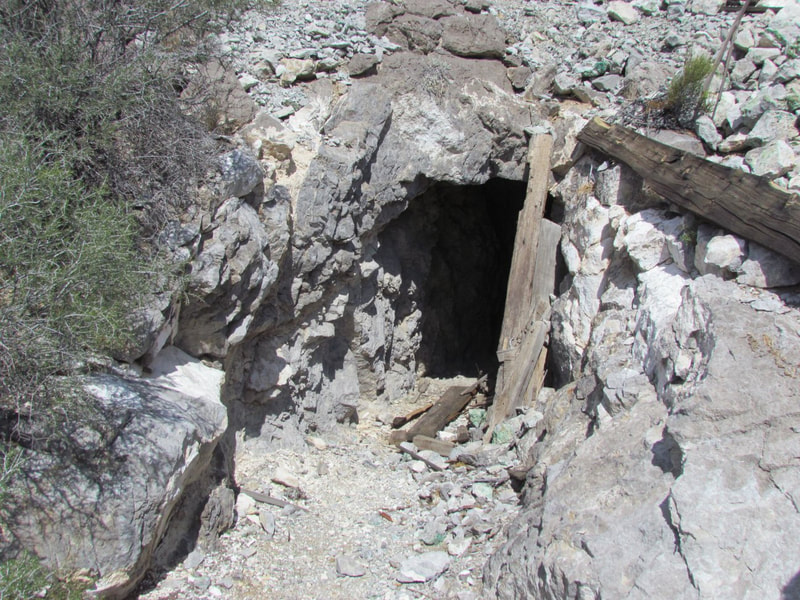 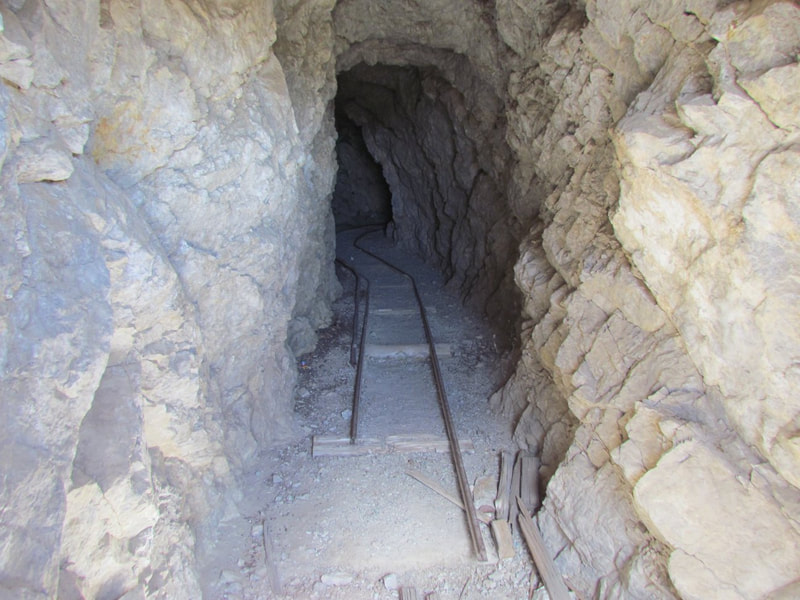 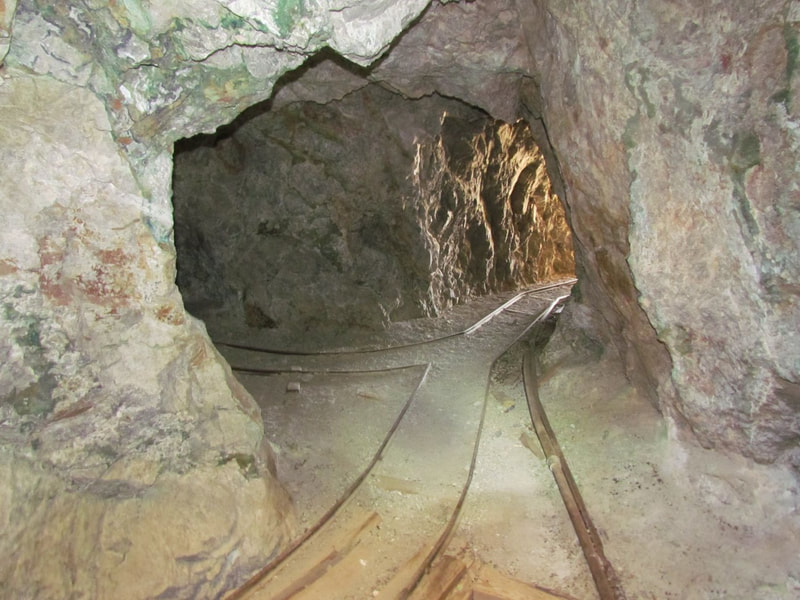 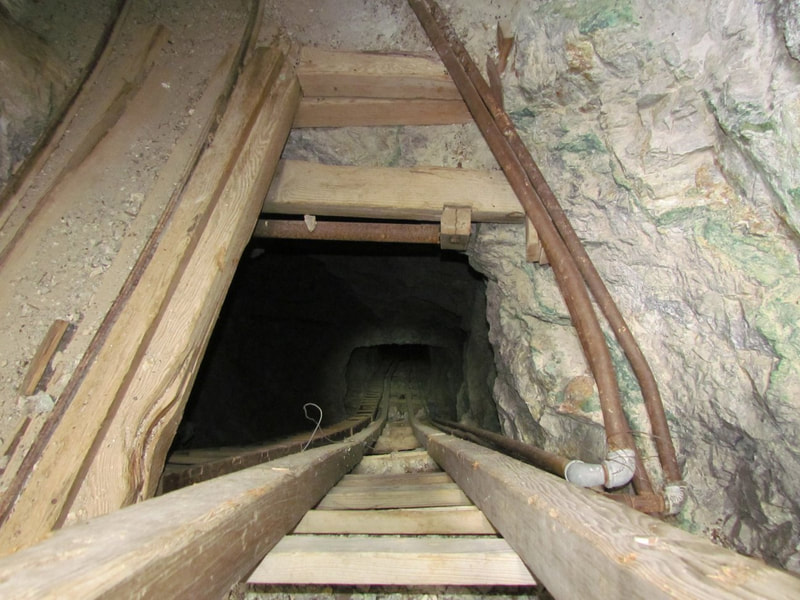 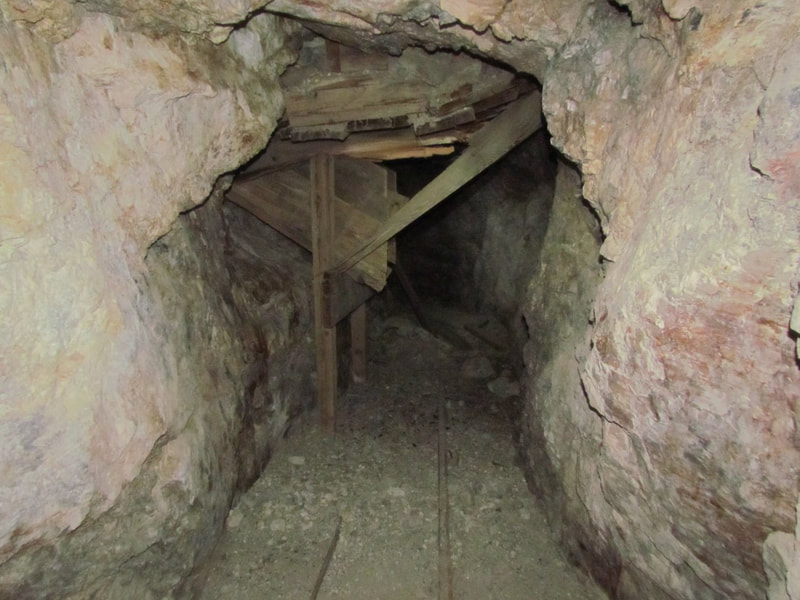 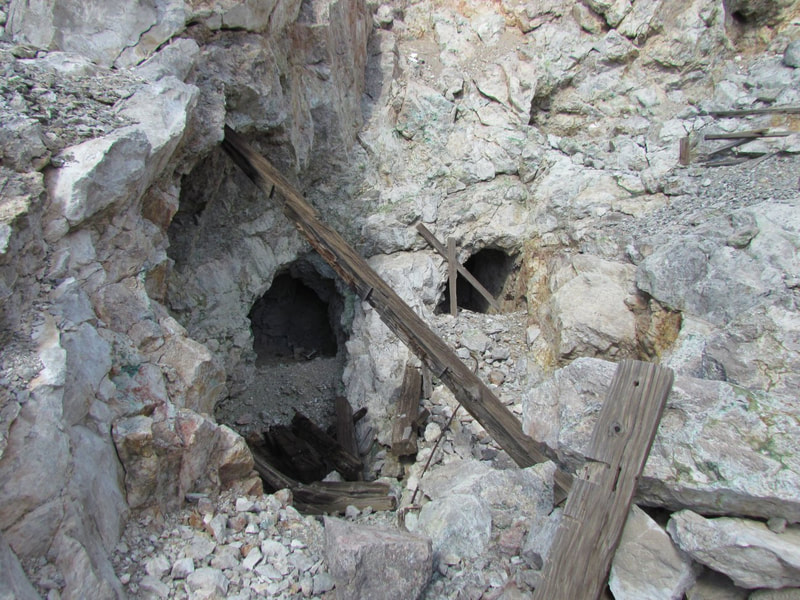 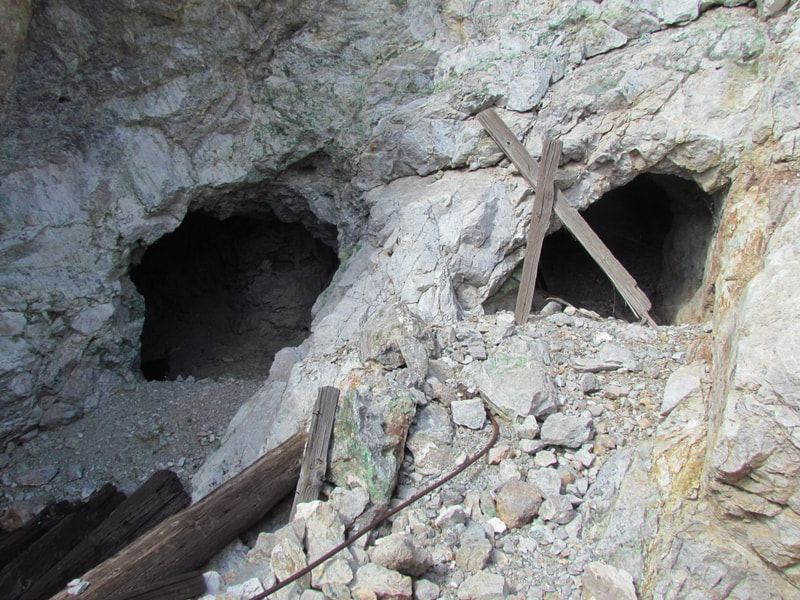 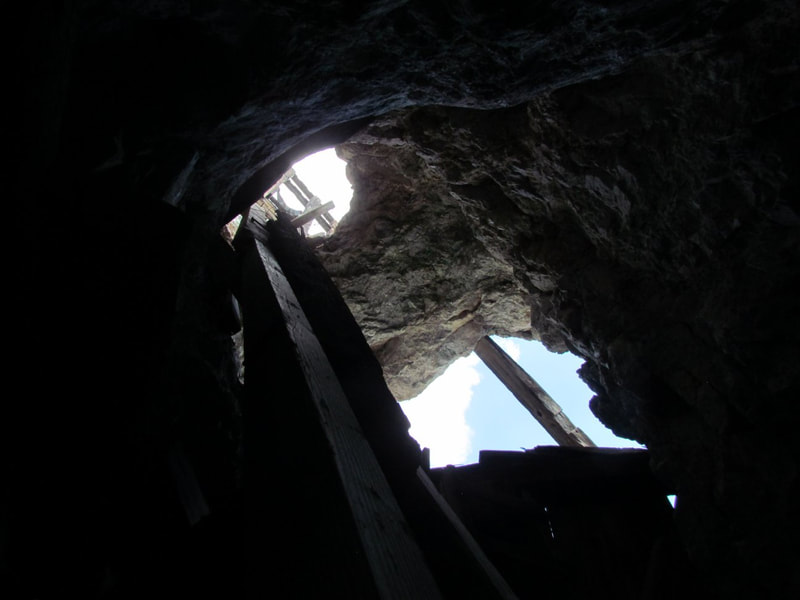 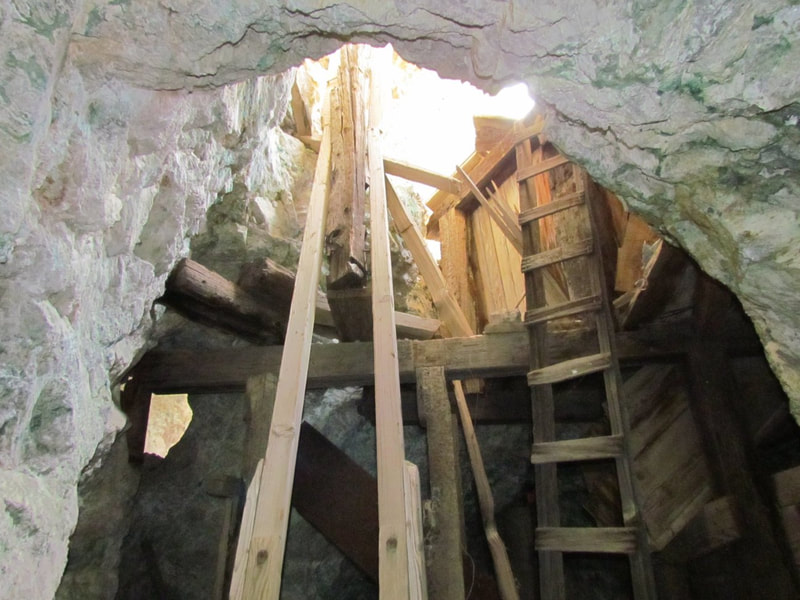 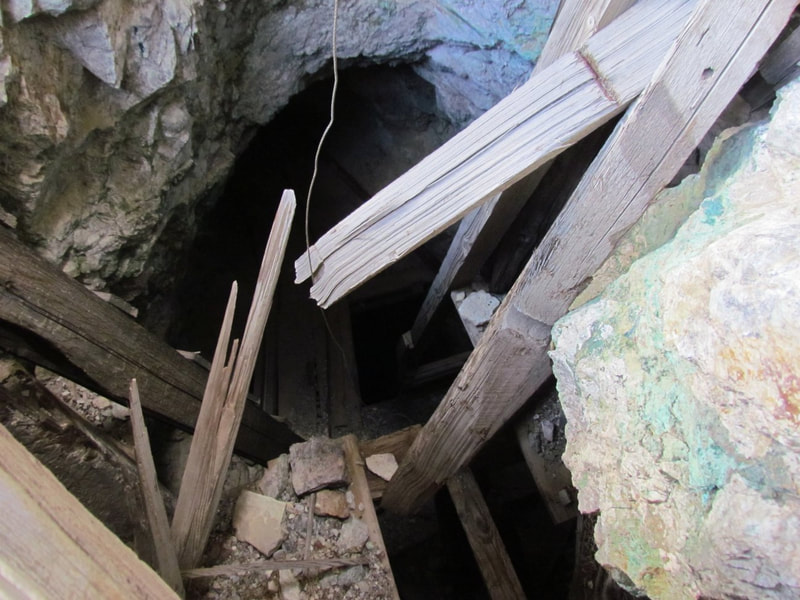 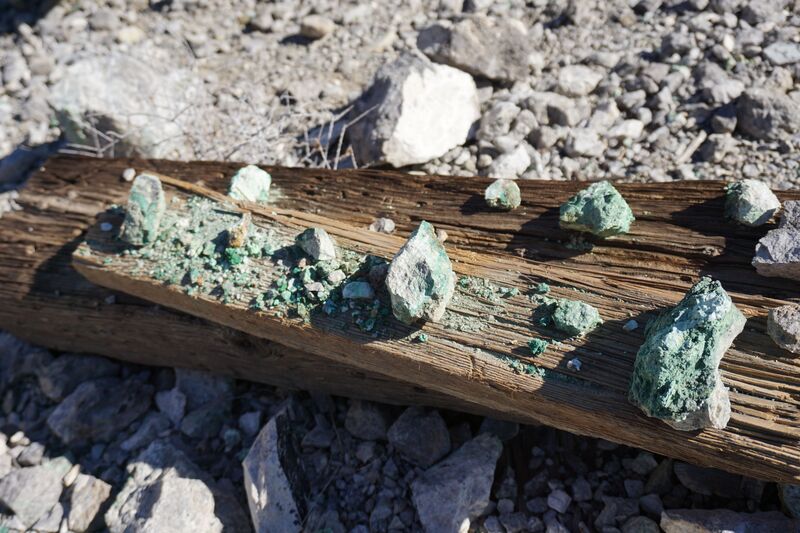 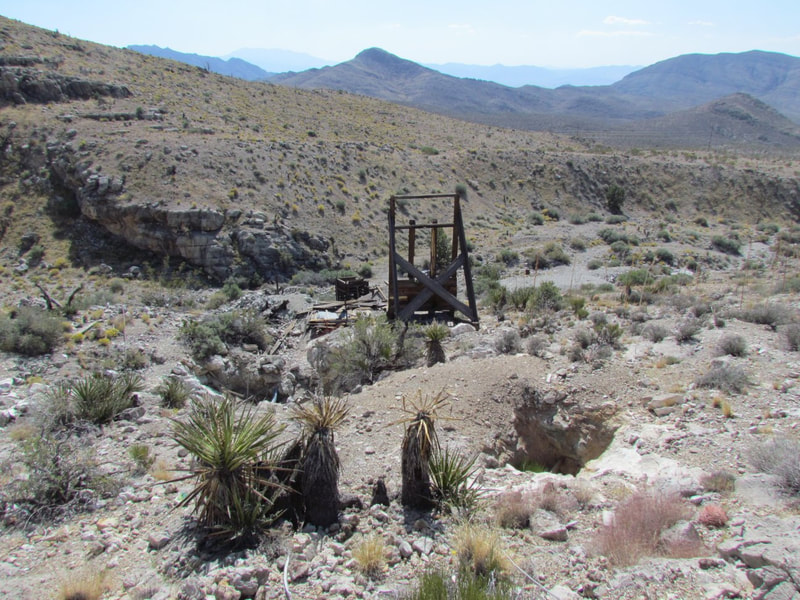 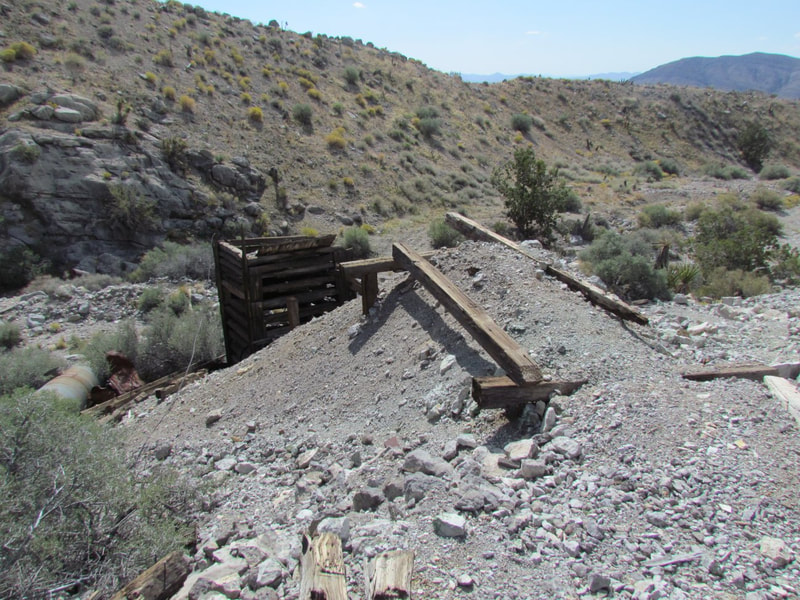 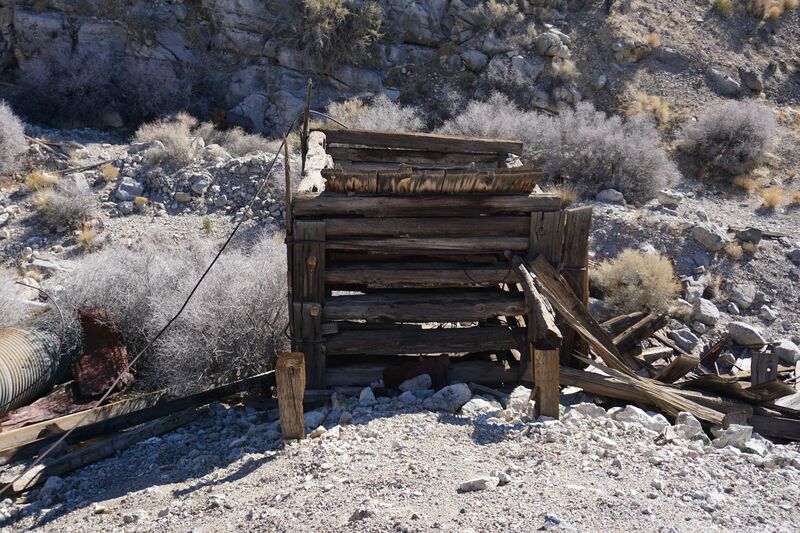 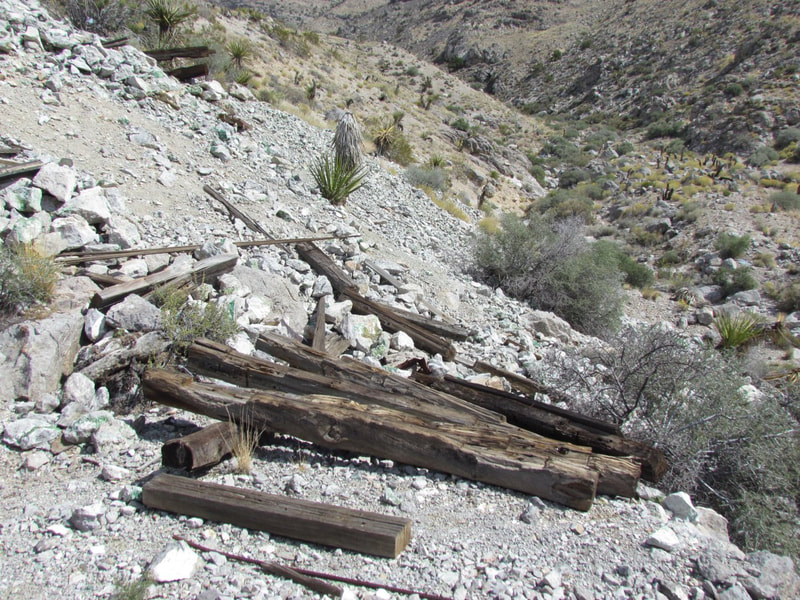 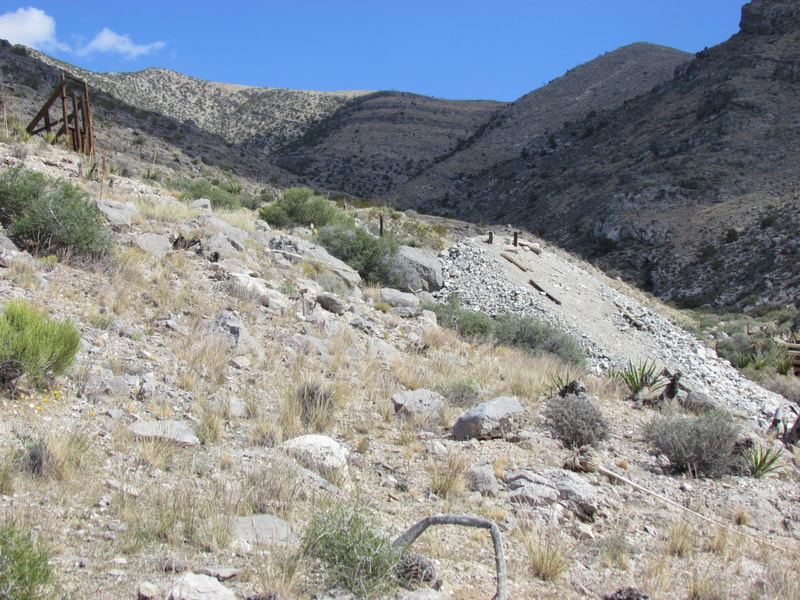 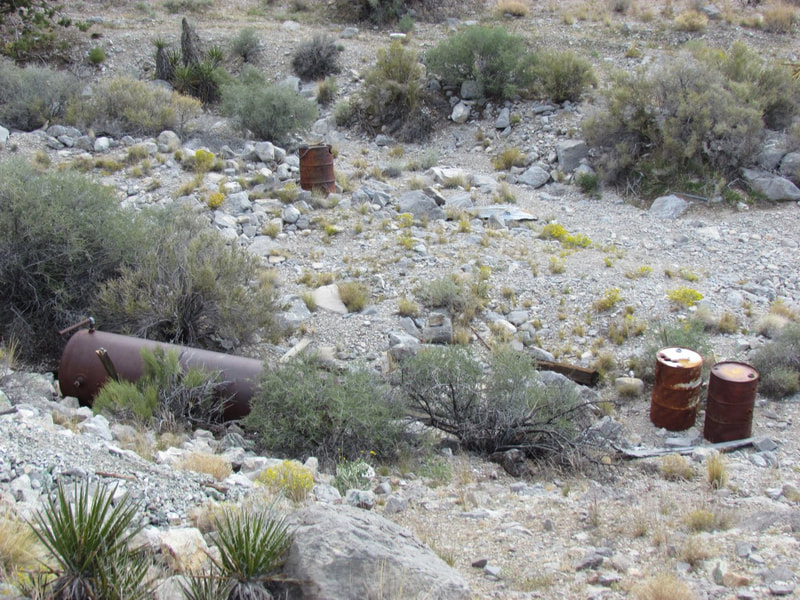 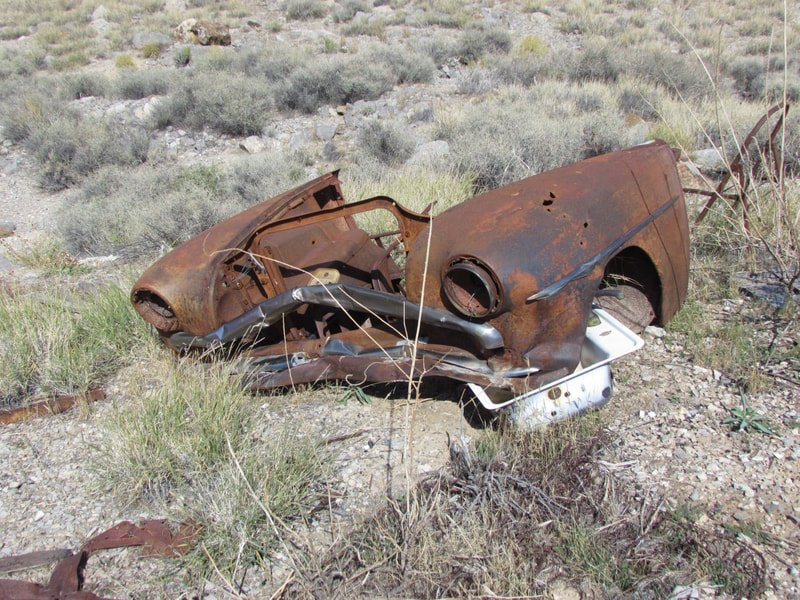 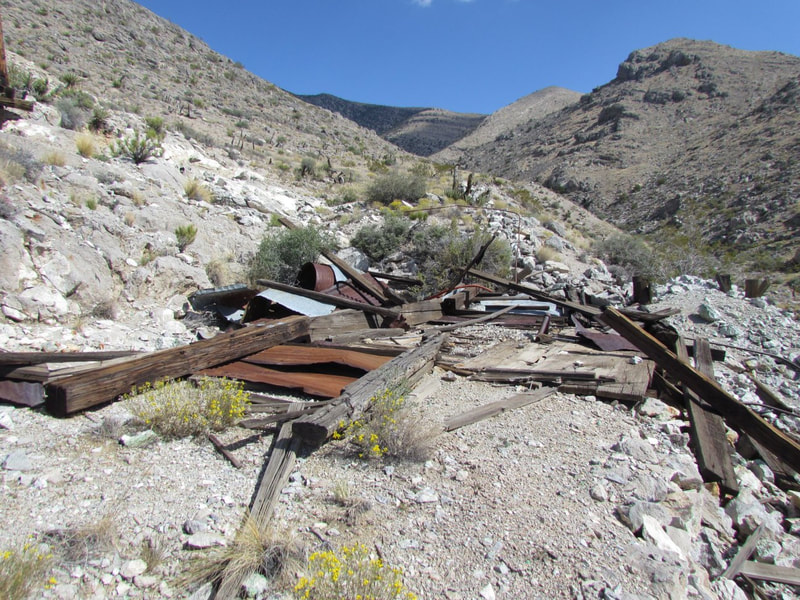 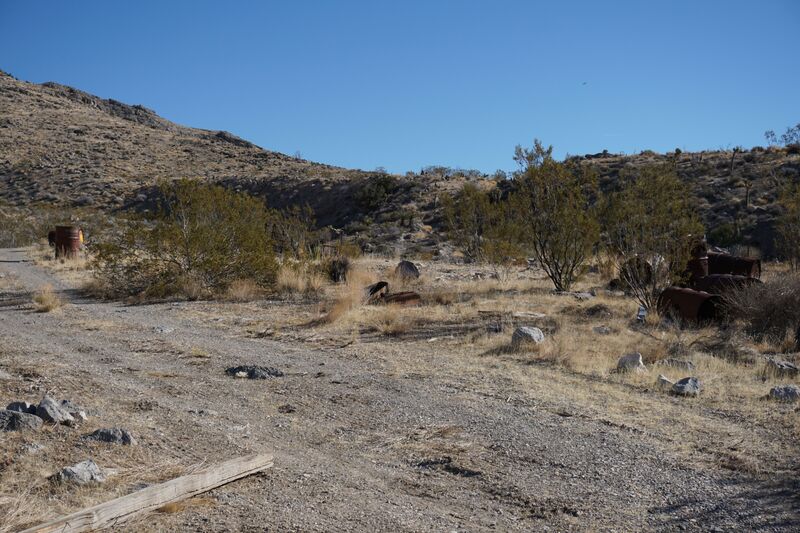 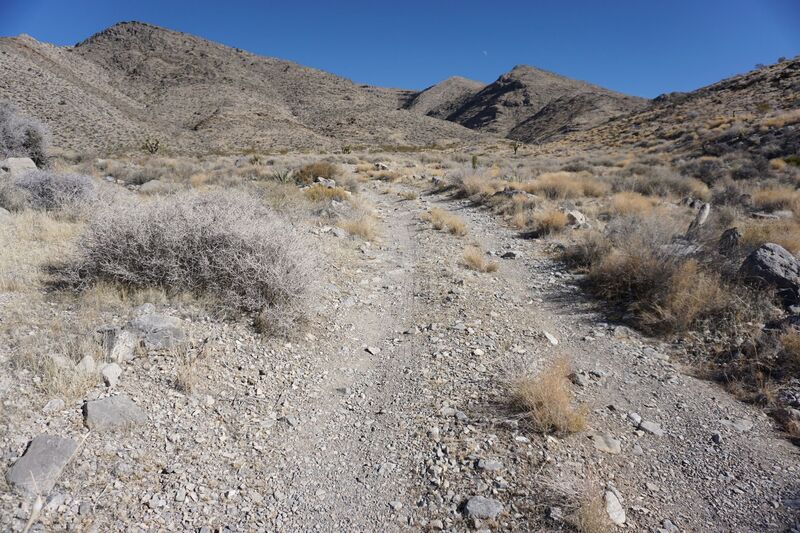