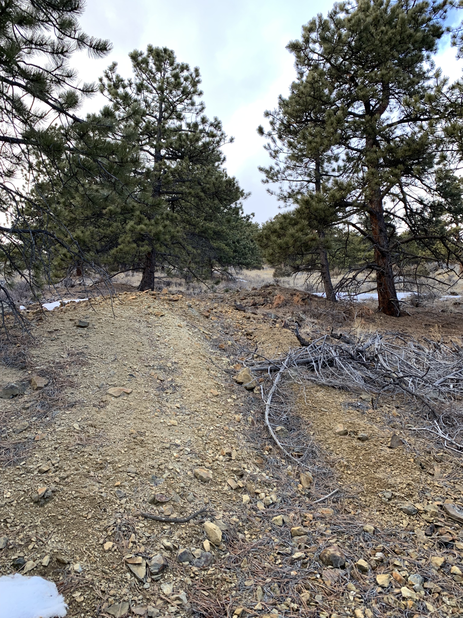 Although registered as a Gold and Silver producer, little documentation has survived regarding production from the Overland workings. Lack of information in the area is predominantly due to War time abandonments of all production.
The Overland Mill site is registered with the USGS as being located across from the mines on little James Creek.
The presence of the nearby mill suggests moderate to heavy production on the Overland deposits, as the Black Hawk toll mills were located nearby for heavy processing at a cost.

Primary workings consist of a small adit driven at a slight incline about 75' feet into the hillside outcropping.
The vein strike is visible on the mine face and varies in width between 2' feet to 4.5 " inch stringers.
Disseminated pyrites are available in the Quartzite deposits as well as the direct granite contact zones.
Fluorspar/Fluorite crystals can range from opaque to stunning purple and blue cubic specimens.
Hematite inclusive crystal points (Strawberry Quartz) are also found in the contact zones and vugs.

Water is available about 400 yards south to Little James Creek.

Featuring year round access with any vehicle type via paved roads.
Parking available for 1-3 vehicles on the southern border line of the mine.
Multiple camping and staging areas near the mine workings and surrounding forest.

An perfect mine for the beginning enthusiast up to an established mining company.

Historical Information.
The Jamestown (Central) district is in the Front Range in central Boulder County, about 9 miles northwest of Boulder. Gold ore was discovered in 1865 (Lovering and Goddard, 1950, p. 255), and sometime between 1876 and 1881 the town of Jamestown was founded (Henderson, 1926, p. 40). Little else is known of the early development of the district, even though it is one of the major gold-producing areas in Boulder County. The Jamestown, Gold Hill, and Ward districts were the chief gold producers in the county from 1883 to 1912. Many mines were closed thereafter but were reopened during 1934-42.
From World War II through 1959 gold mining again declined. The total gold production from the district through 1959 was about 207,000 ounces. This figure includes an estimate by E. N. Goddard (in Vanderwilt and others, 1947, p. 324) of $4,700,000 worth of gold ore produced through 1943.

The Jamestown district, at the northeast end of the Colorado mineral belt, is underlain chiefly by schist of the Idaho Springs Formation and by some hornblende gneiss, intruded by the Boulder Creek and Silver Plume Granites. These Precambrian rocks have been intruded by stocks and a variety of dikes of porphyritic igneous rocks of early Tertiary age. The rocks are cut by silicified brecciated zones known as breccia reefs, which are older than the Tertiary porphyries, and by normal faults, the vein fissures, which are younger than the porphyries.
An early set of vein fissures, trending northwestward, contains lead-silver and fluorspar deposits, and a later set, trending northeastward, encloses pyritic gold and gold telluride deposits. The ore deposits appear to be genetically related to a small quartz monzonite porphyry stock. Though their distribution around the stock is irregular, there is, nevertheless, a rough mineralogical zoning of the deposits.

The lead-silver and fluorspar deposits are close to the border of the stock and the pyritic gold and gold telluride deposits are successively farther away.
The chief minerals in the pyritic gold veins are pyrite and chalcopyrite in a quartz gangue. The gold is free or is intricately associated with chalcopyrite and in small amounts with pyrite. Galena and sphalerite are present in some veins. Silver is usually present in about equal amounts with the gold.

The pyritic gold veins range in width from a few inches to 3 feet, but some shoots occur in mineralized zones 10 to 30 feet wide. The telluride veins are as much as 10 feet wide, and some shoots at vein junctions are as much as 30 feet wide. The deepest workings are only about 500 feet below the surface, and on many veins the deepest workings are only 100 to 200 feet deep. Many veins are as strong at the bottom level as at the surface and are considered favorable for exploration at greater depth (E. N. Goddard, in Vanderwilt and others, 1947, p. 327). 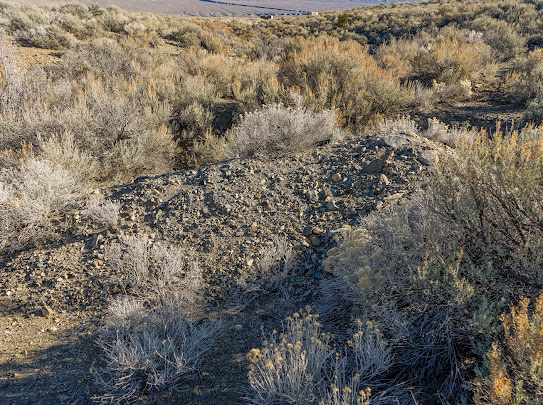 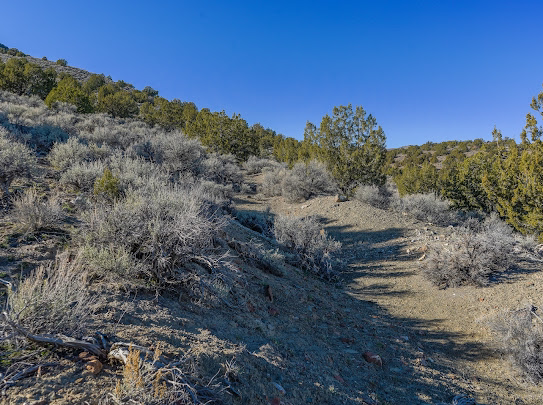 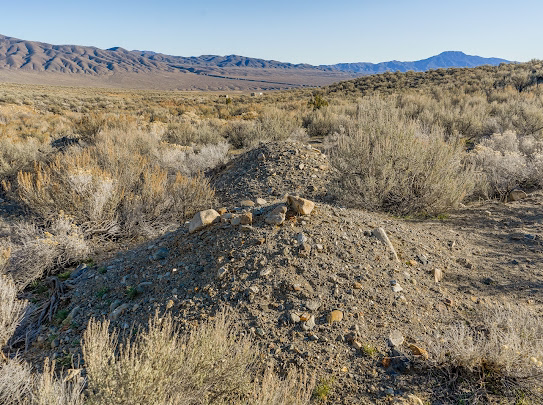 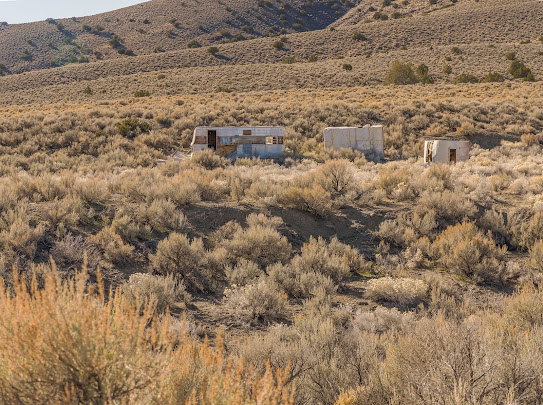 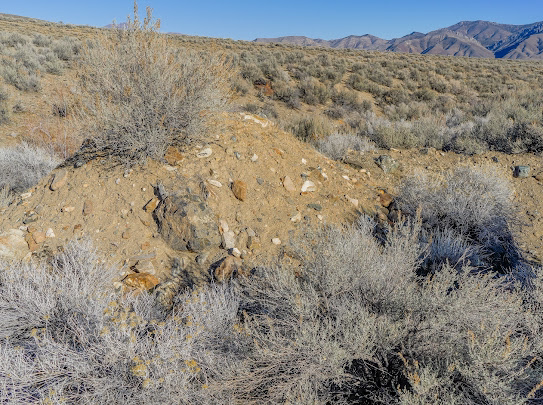 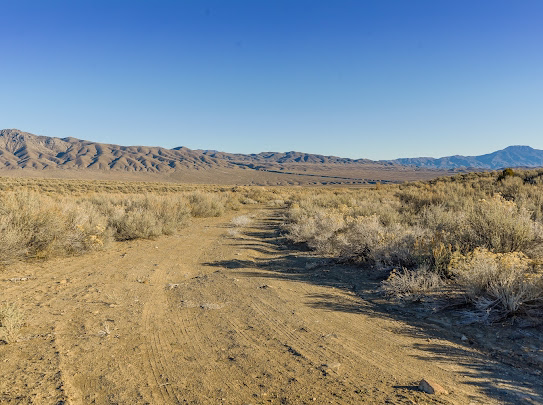 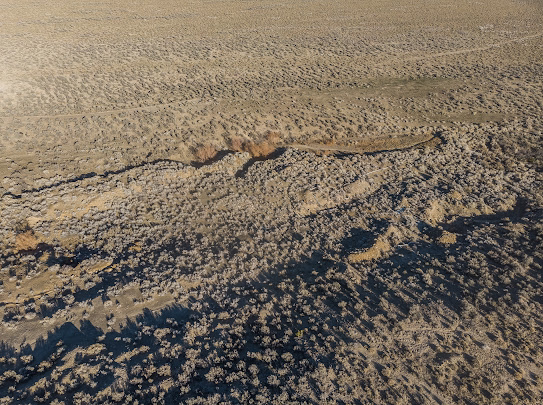 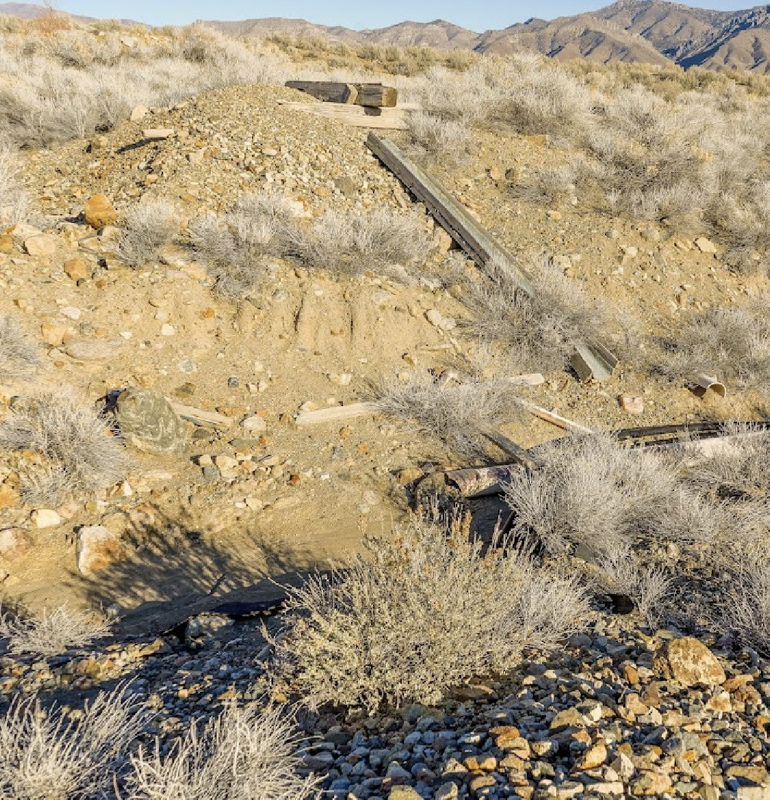 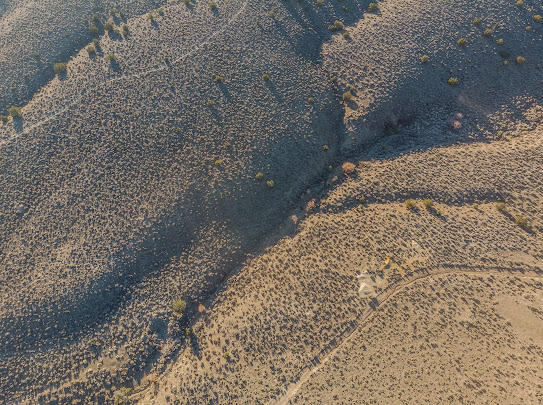 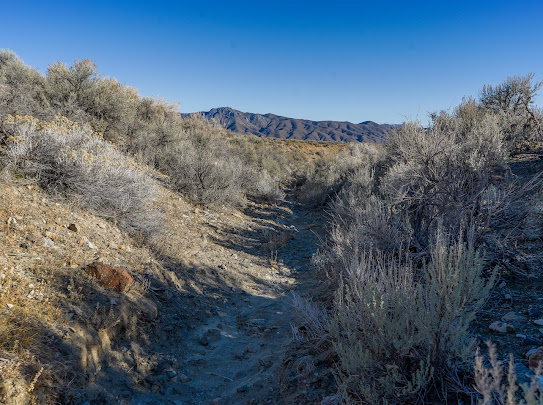 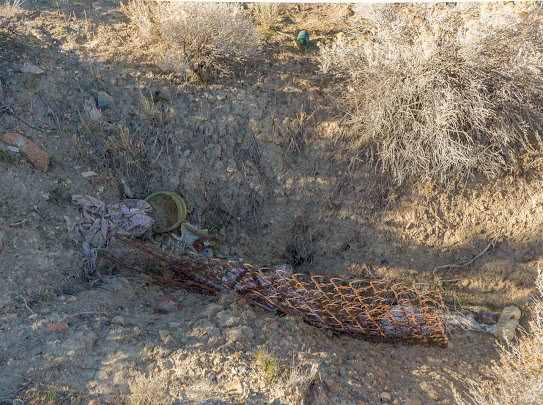 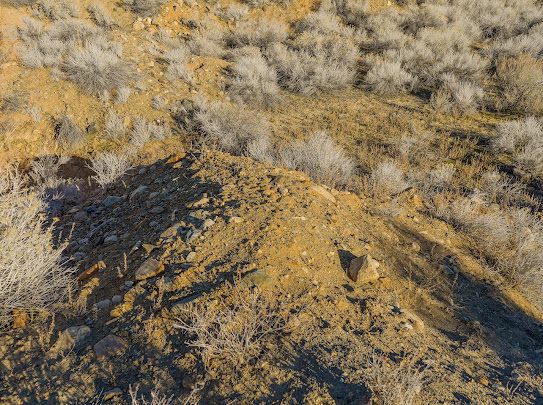 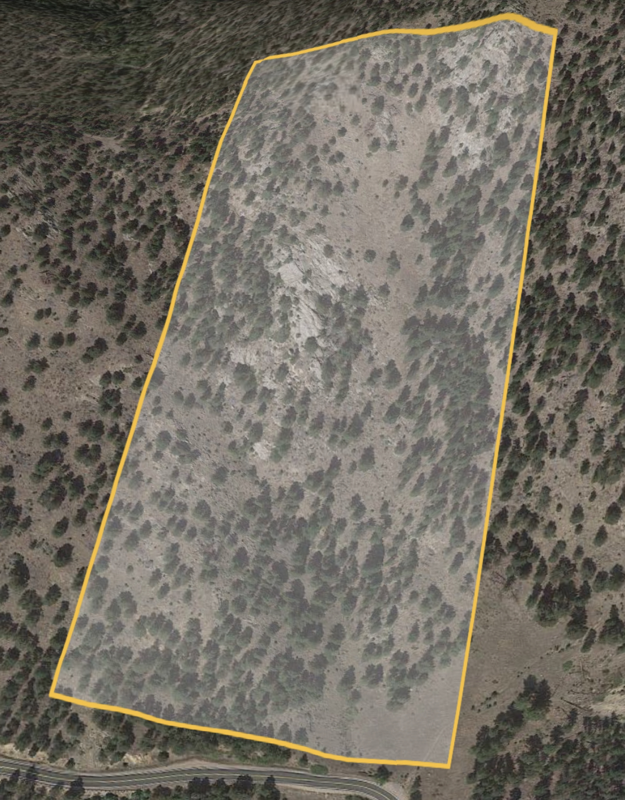