The Alice-Yankee Hill district is in the north-central part of Clear Creek County and the southwest part of Gilpin County, about 7 miles N. 75° W. of Central City. It ranges in altitude from 10,000 to 11,500 feet, but the productive mines are easily accessible by automobile roads.

​The most noteworthy ore deposit of the district is the great pyritic stockwork of the Alice mine, which was first worked in the early eighteen eighties by hydraulic methods but was abandoned for many years after the rich ore near the surface had been removed.

With the increased price of gold in 1933 the lower part of the supergene sulfide zone, which had previously been noncommercial, became of sufficient value to warrant exploitation, and a considerable output was made in the next few years.

The ores of the Alice-Yankee Hill district are chiefly of the pyritic type, but a few veins, such as the Stonewall, Ninety-Four, Cumberland, and Lombard veins, contain galena and sphalerite. The pyritic ores contain little silver and are mined for their gold content. They are relatively rich near the surface in the oxidized zone, but the unaltered sulfides are generally too low-grade to be worked. As a result, the individual pyritic deposits have not been long-lived.

In three parts of the district - the ridge south of Fall River 2 miles southwest of Alice, the vicinity of Silver Lake, and Yankee Hill - there are many northeastward-trending veins, but none of them have been very productive. Most of them are of the pyritic gold type and consist chiefly of quartz and pyrite. The oxidized ore near the surface is said to have contained as much as 7 ounces of gold to the ton, although the average tenor of the better class of surface ore was approximately 1 to 2112 ounces. The unoxidized ore, consisting of quartz and pyrite, has been in general too low grade to be worked.
—Mindat info

This largely un-documented mine has history of operations between 1976 until 1992, though the surrounding area has dated production back to the late 1890’s.

The property is developed by a large cross-cut adit and an inclined shaft above.
The underground workings are estimated at over 500’ or greater based upon the large mine dump.
The lower and upper portals are connected by an old eroding mine road/path on an incline.

The deposit consists of highly mineralized quartz, chalcopyrite, disseminated pyrites, galena and native gold.
In addition to the massive amount of available mineral veins in the outcropping, the primary and secondary mine dump holds untold values from previous operations, during a time that Gold was worth under $600 per ounce.
With today’s gold prices nearly peaking $1800 per ounce, anything missed by the old timers is a commodity.
The massive amount of mineralized mine dump from the original diggings is estimated at over 3000 tons of material.

Since abandoned in the early 1990’s the portals to the mine have become covered over with natural overburden from snowmelt and erosion.
Digging out the portals with simple hand tools is required for further exploration of the underground workings.
As the mine as been closed for over 28 years, untold treasures and relics may lie deep within.
Relics abound on the property, including an old water way line that ran above the mine on the hillside for the old production drills.

The mining claim features excellent access for higher clearance vehicles.
A well maintained dirt road leads directly to the parking and staging area of the mine.

Within a twenty minute drive of beautiful historic Idaho Springs, Colorado.
A wonderful mountain town with all amenities available. 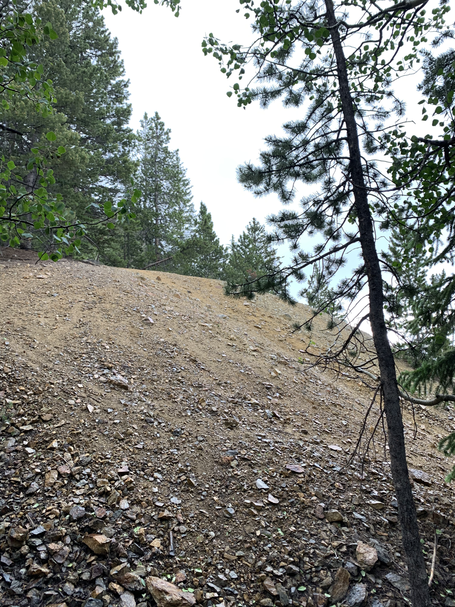 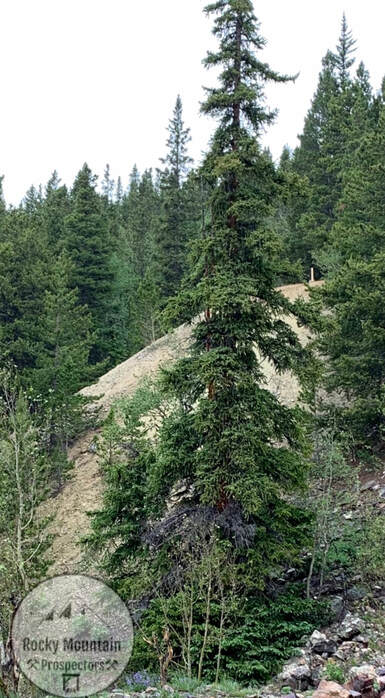 (Base view of the primary mine dump) 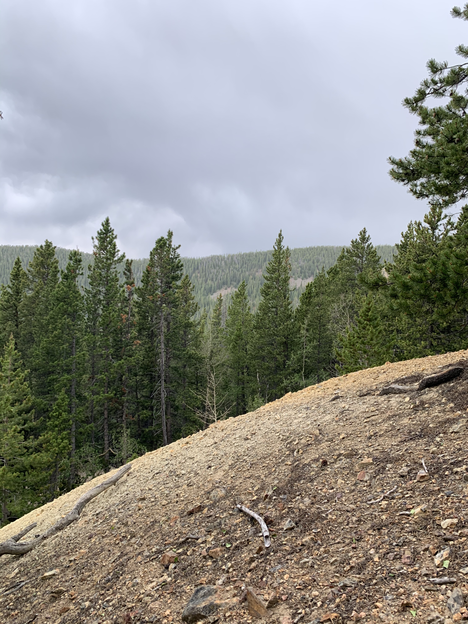 (Top view of primary mine dump) 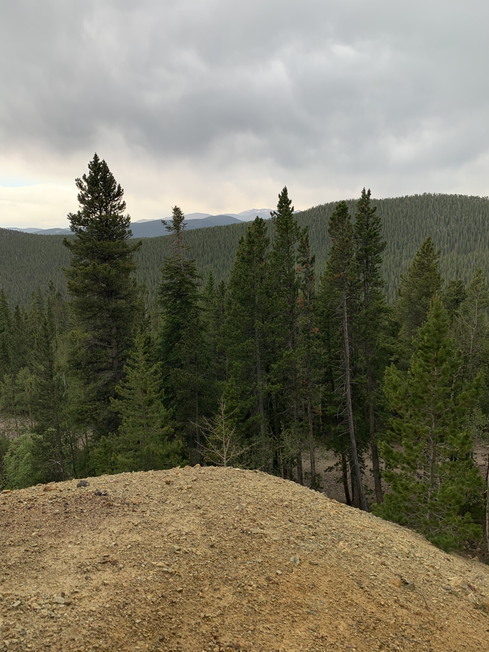 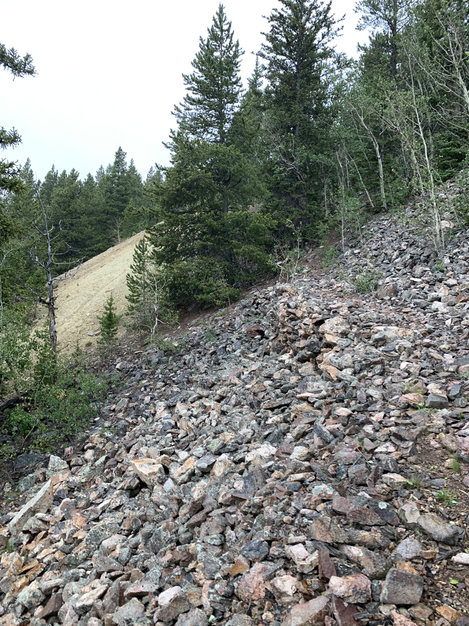 (Remnants of a hand stacked stone mine road.) 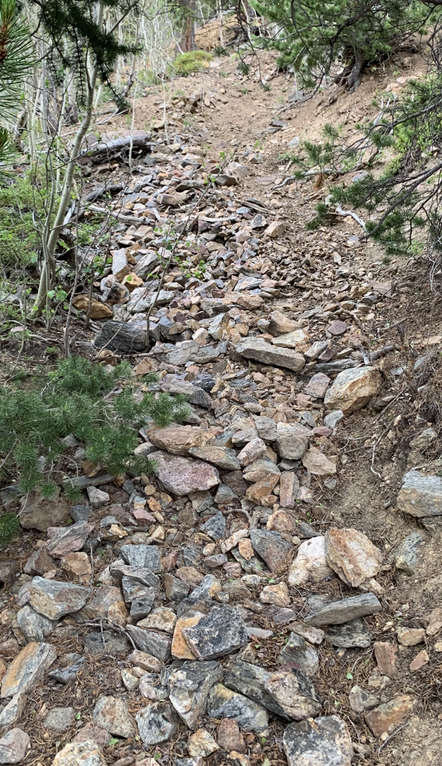 (Overburden blockage from erosion on the primary mine portal.) 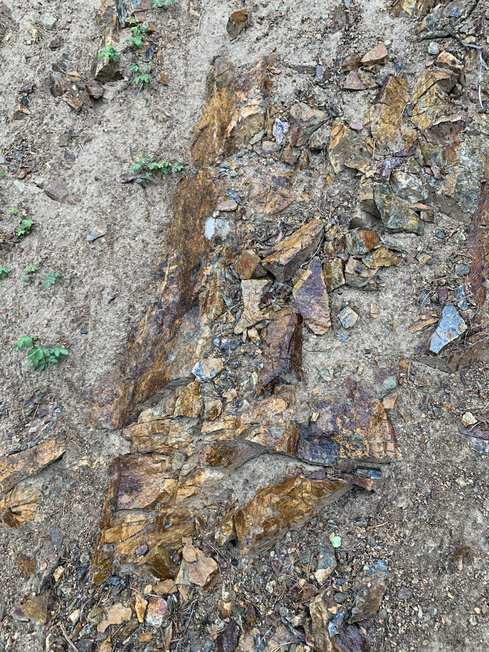 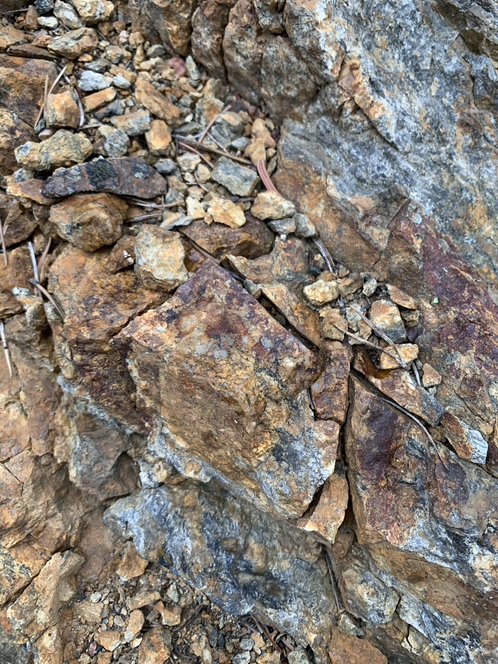 (The primary ore shoot runs up the outcropping from the base adit to the inclined shaft.) 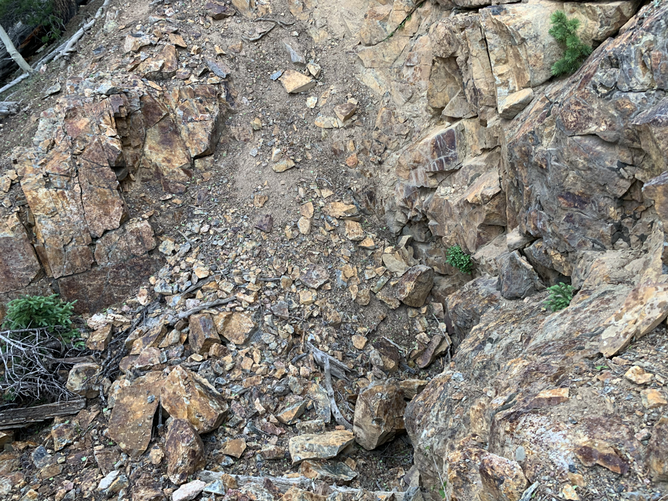 Overburden blockage on the inclined shaft, directly above the primary adit. 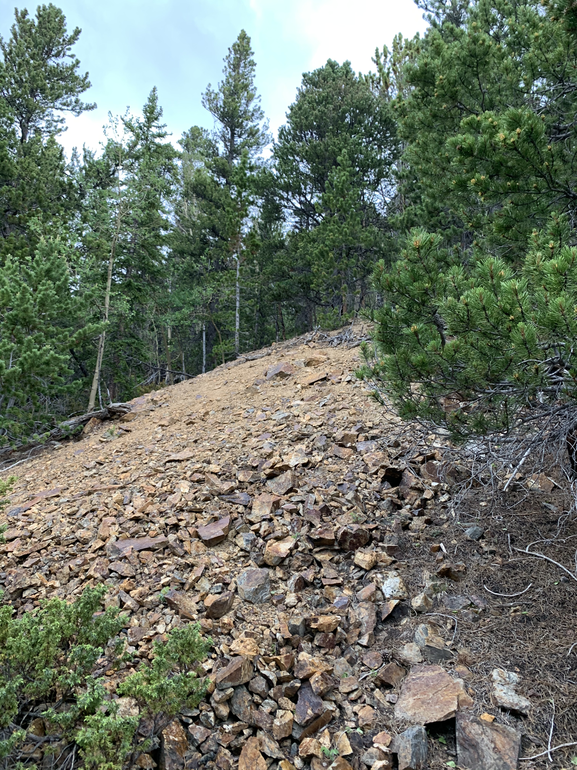 (Secondary mine dump emanating from the inclined shaft) 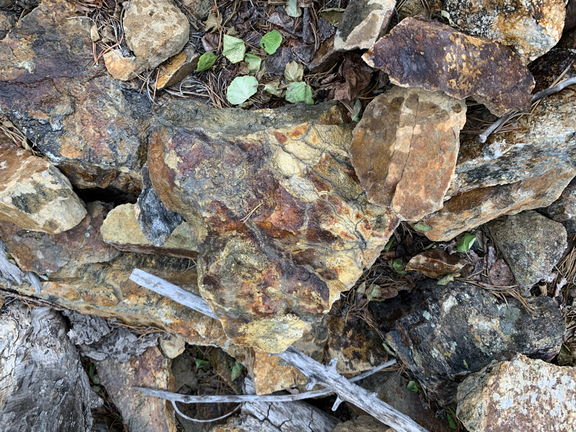 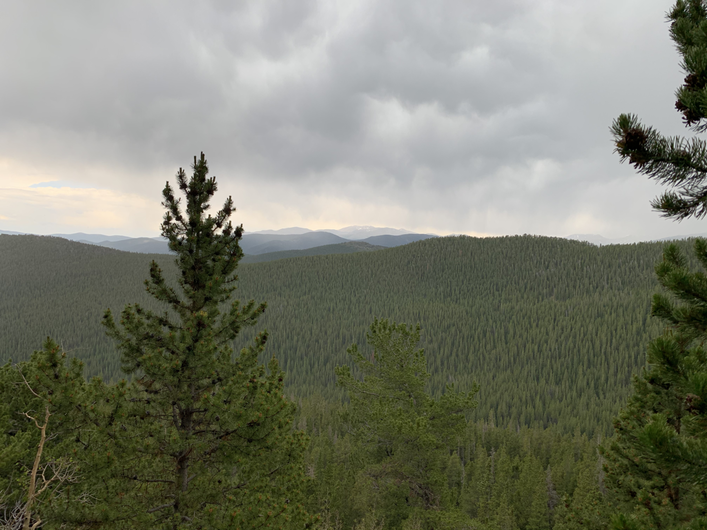 (View from the mine adit) 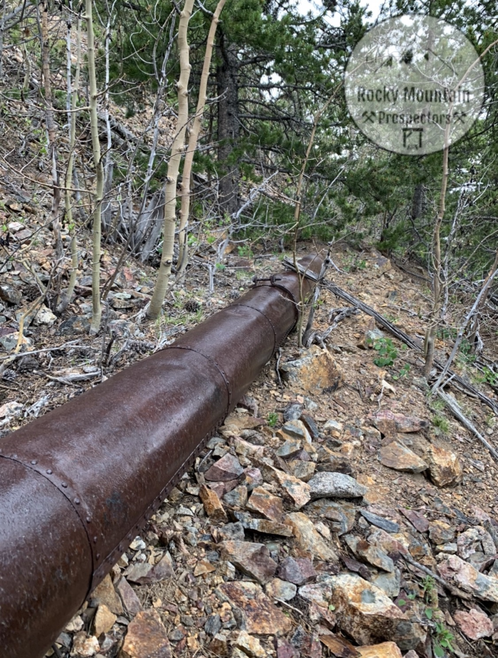 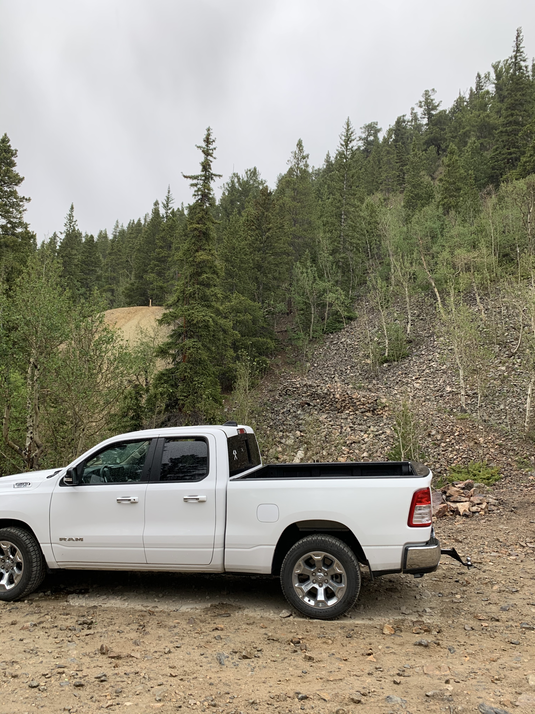 (Large level parking and staging area below the primary workings.) 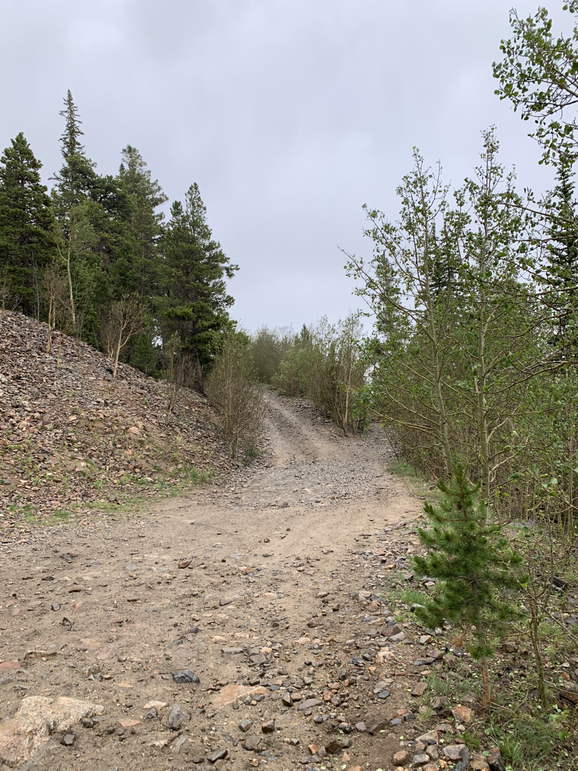 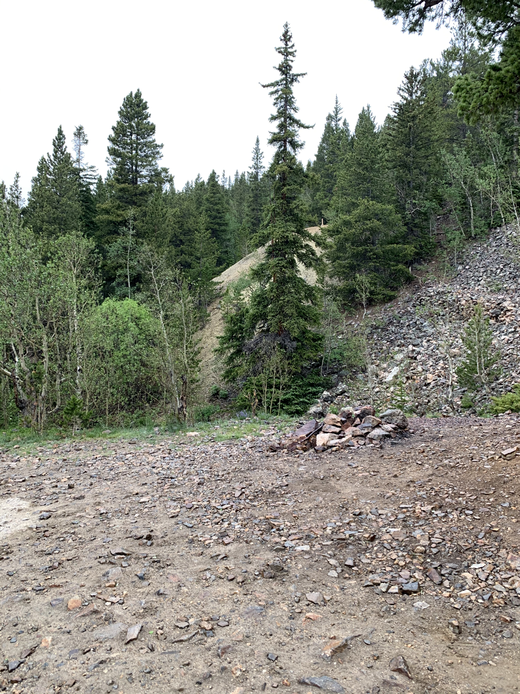 (Excellent levels camping areas near the mine and the southern portion of the claim in the beautiful forest.) 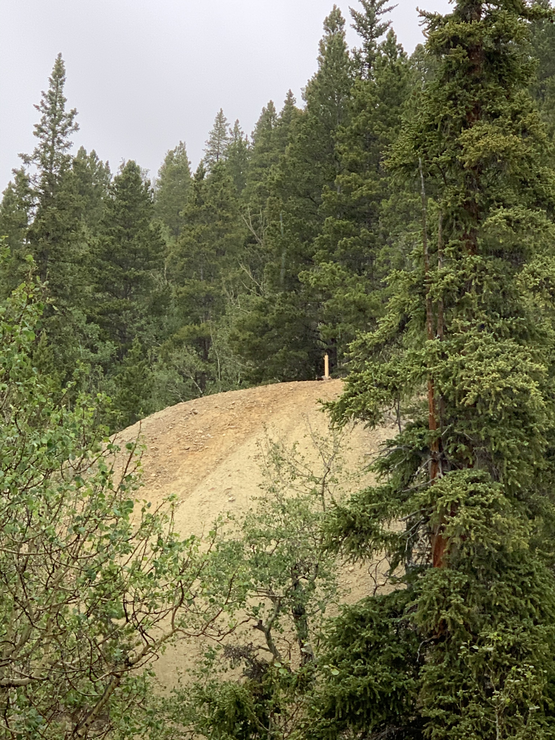