the madcap drift mine 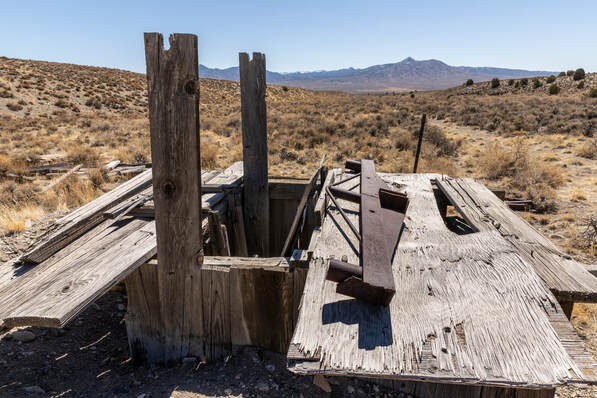 Gold was discovered in the Manhattan district in 1905, although quartz veins in the vicinity of Manhattan had been worked as early as 1866.
The district immediately became one of the "boom camps" of Nevada. Greatest production was reached in 1911, and since that time mining has declined. Placer gold from the deep gravel of the gulch has added to the total output.

Placer gold has furnished approximately 30 per cent of the total production of the Manhattan district.
Gold had been discovered in the deep gravels of the gulch in a well sunk near Central as early as 1906.
This was overlooked in the prevailing excitement, and it was not until the winter of 1907-1908 that the deflation of the first boom turned the attention of the miners to the possibility of mining the deep gravels.
Placer mining had begun in the summer of 1906 on the rich surface float of the Little Grey and Indian Camp claims, and to a less extent on the older gravel of the Little Grey claim. Water was scarce, and the work was carried on either by means of dry-washing machines or by sluicing with a carefully conserved supply of water. *

Gold is found in this district in gravels of three types: older gravel, remnants of an earlier period of stream action, before the erosion of the canyon of Manhattan Gulch; the buried gravel of the gulch, which as shown by the fossils recovered, that it is probably of early Pleistocene age; and the recent wash, including both loose material on the hillsides and that deposited by floods in the dry stream courses. *

Drifts are run in the pay gravel for a maximum distance of 300 feet from the shaft, the pay streak is then developed by short crosscuts.
It was considered more economical to sink a new shaft than to increase the length of the drift beyond 300 feet.
When the pay streak has been developed the gravel is stopped back toward the shaft after the manner of long-wall coal mining.
The schistose bedrock contains many small crevices in which the gold can lodge and is therefore removed to a depth of about a foot. The coarse, clay filled gravel stands well, and few supports are needed in the stopes. Boulders too large to be handled easily are not hoisted but are left behind as the work progressed.

In most mines gravels are moved by wheelbarrows, but in a few mines tracks have been laid and the gravel is taken in cars to a bin instead of directly to the shaft bucket.
Power line of the Nevada-California Power Co. entered Manhattan Gulch in 1909, so electric pumps and hoists have supplanted the gasoline engine.
Gold content in the area was documented at a near $2 dollars per yard in 1906 with some of the deposits yielding up to $50 dollars per yard.

Primary workings consist of a timbered drift shaft with and older headframe and direct access to the pre-dug gravels. The secondary shaft is completely collapsed with partial frames and direct access to the older drifts.
Gravel and mine spill contains small amounts of Gold, with greater concentrations further below the overburden.
Bedrock has been documented at 40' feet to 100' feet in depth. 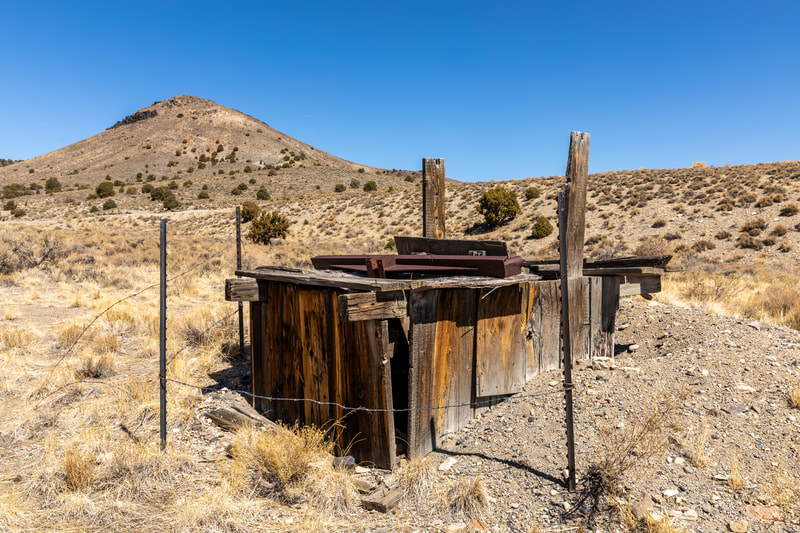 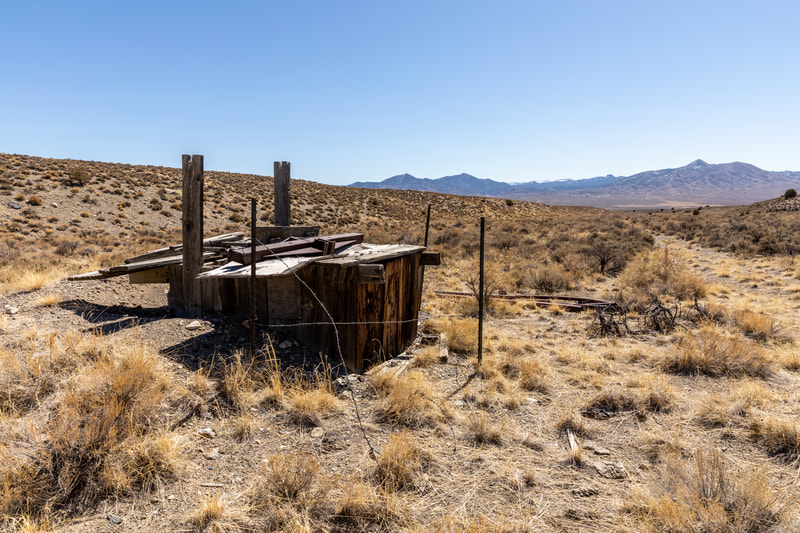 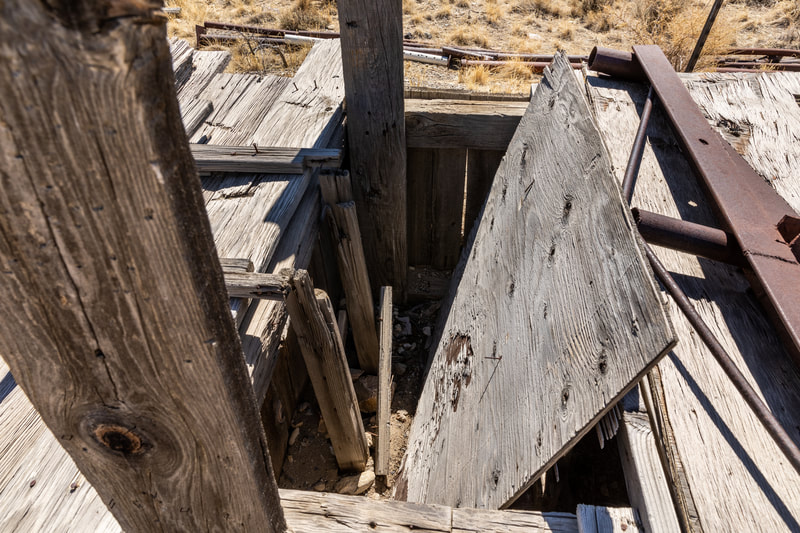 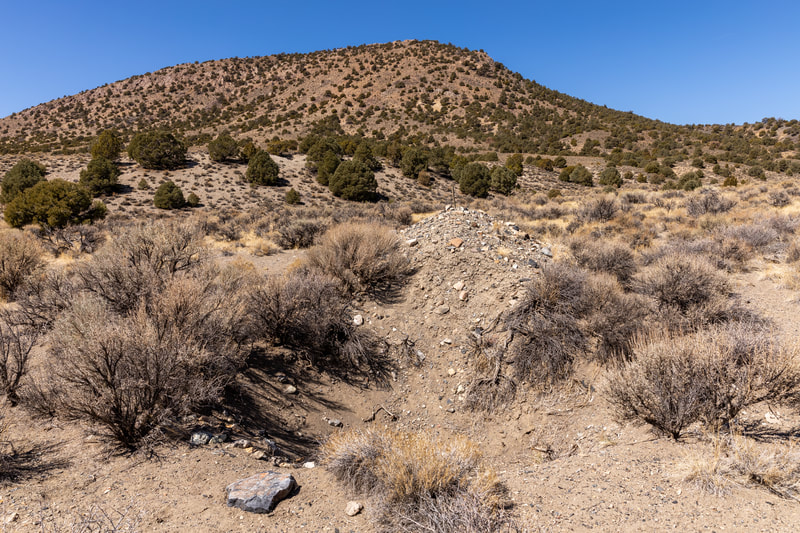 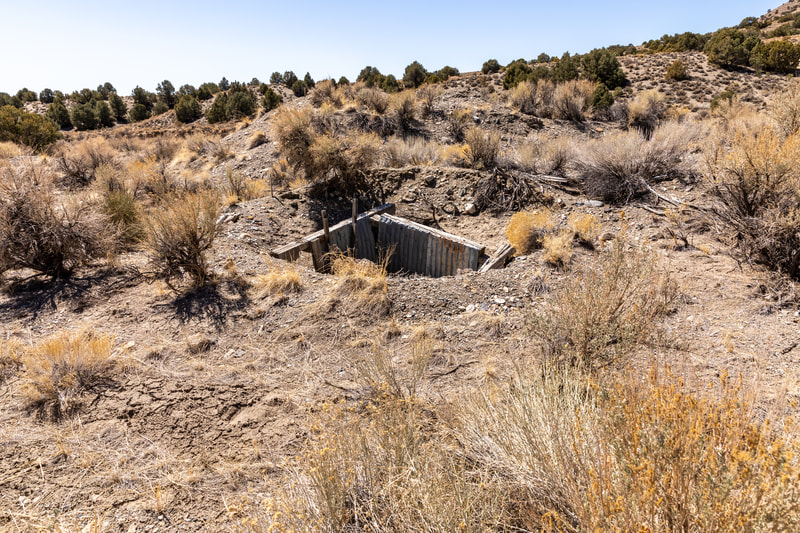 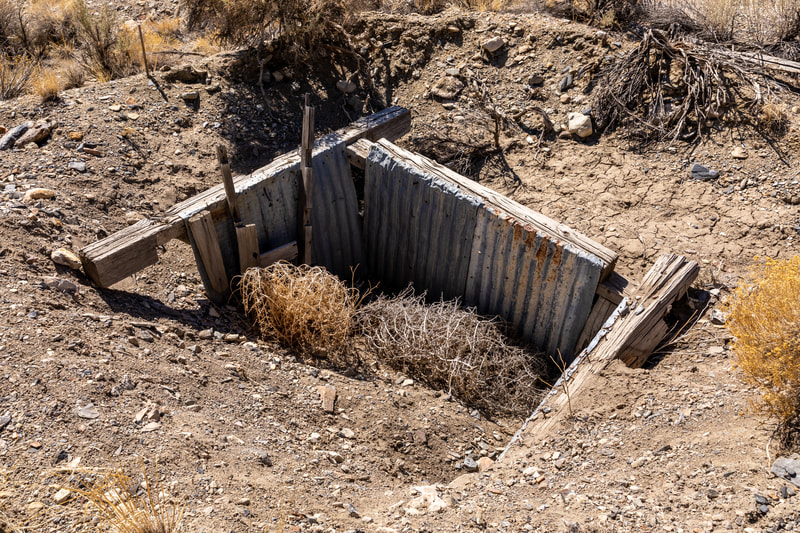 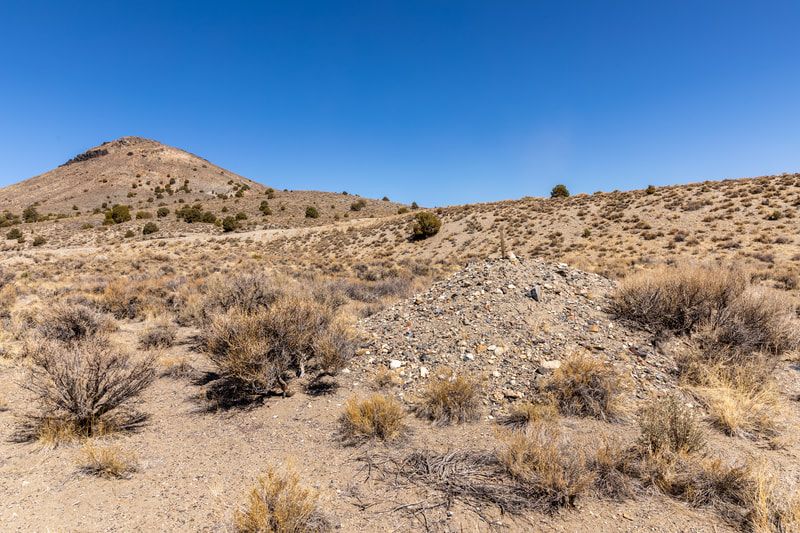 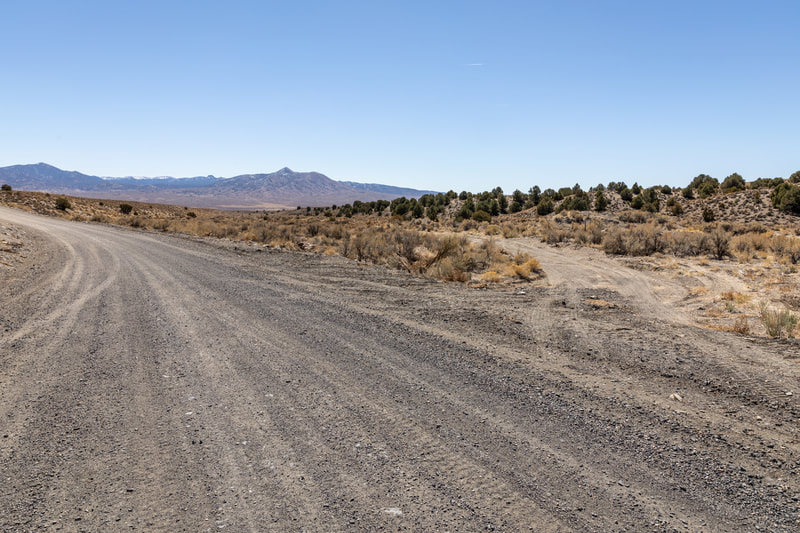 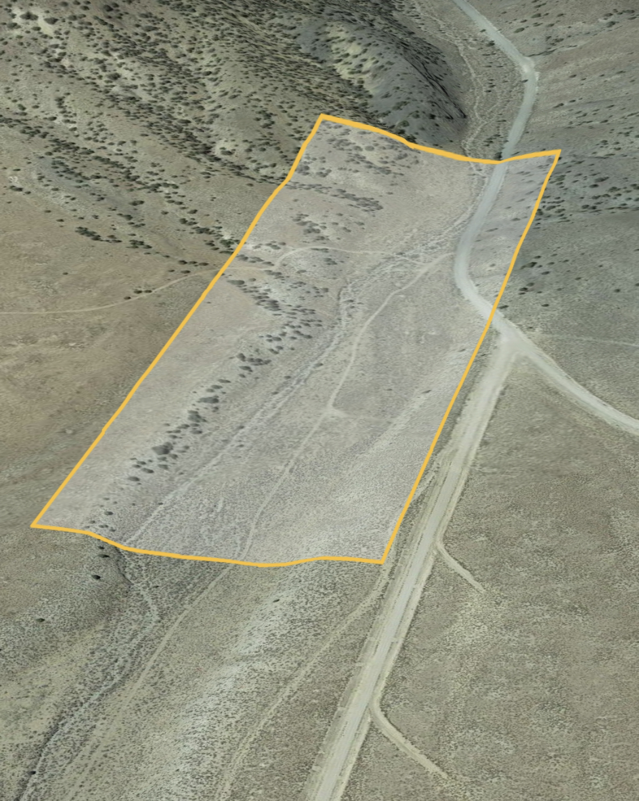 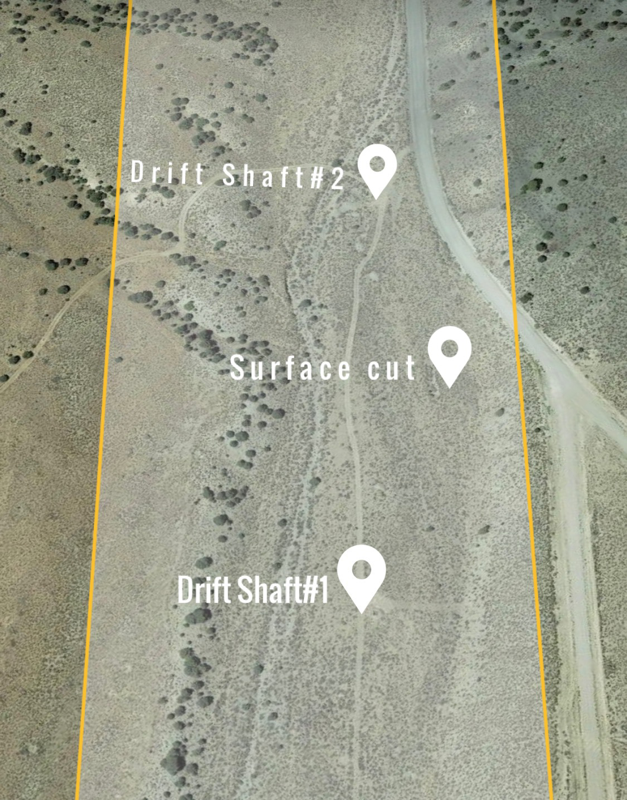