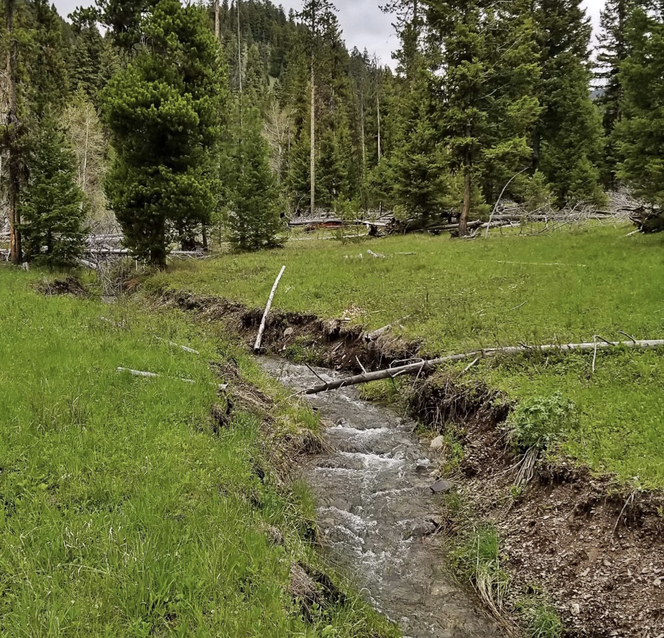 
The Hughes Creek district, located in southern Ravalli County, is known for its placer mining, with only a small number of lode deposits located.
The historic mining centered on Hughes Creek, a tributary of the West Fork of the Bitterroot River. These operations are responsible for 88 percent of all the Gold recovered in the county from 1904-to 1948.
The source of placer gold in Hughes Creek is unknown. Berg (1977) writes that the lode deposit in the Larrigon mine on Taylor Creek accounts for just a small percentage of the gold found.

Originally known as the Taylor Creek Mine, the Larrigon was discovered a few years after the discovery of Placer Gold in the 1860s.
​ Gold values had been traced up Taylor creek, locating the mineralized quartz deposit on the west flank of Taylor Gulch.
​ Original 1890s workings were comprised of an upper shaft, hundreds of feet in drift work, and a lower haulage adit.
During the 1950s, an individual purchased ownership of the mining claim and began an open-pit mining operation on the primary deposit strike as a small operation known as the Larrigon Mining Company.
Most of the original underground workings were consumed in the open pit operation, utilizing heavy machinery to extract over ten times the amount of ore in a safer manner than the previous underground operations.

Operating under a small family company, the Larrigon was active for nearly 60 years, until 2016, after then being purchased by an individual enthusiast for a small-scale mining operation.
The property was then acquired in 2021 by RMP, LLC.

The mineralized quartz veins of the Idaho batholith intrude in the upper reaches of the Hughes creek area, and contain free-milling Gold, auriferous pyrites, Silver bearing Galena, and base minerals.
Over two acres of mine dump, estimated at over 12000 yards is available below the mine workings, consisting of host rock and low-to-mid grade ore.  Values of the lode can be processed with a small-scale crushing and smelting operation.

A wooden concentration mill is located under the primary workings to process the ore to high-grade concentrates for smelting.  The Mill was likely constructed during the late 1890s and partially refurbished in the 1950s.

A mining encampment from the 1950s rests near the creek edge, complete with an old bunkhouse, blacksmith shop, and storage sheds.
​

​  Placer Gold is located in the gravel deposits of Taylor creek, with larger concentrations along the inside bends, and the best pay layer just above bedrock.
Water flow is moderate all year long, with creek depths of 6" -to-3' and width of 3.5'-to-5'.
The perfect location for a high banking or dredging operation.

The placer deposits of the Hughes Creek drainages are famous for large course Gold and Nuggets.
Multiple sources of Gold feed the re-concentrated stream deposits, with the first as eroding quartz veins further up Taylor creek gulch and the second as older bench deposits from Hughes creek itself.
The third source of annual runoff values is the high elevation hilltop placer of Hughes Creek, presenting a smaller grain Gold type from the cretaceous volcanic rock of the area.
​  Access to the site is via well-maintained dirt roads, accessible for any vehicle type during the warmer months, with plowed roads during the winter months for the nearby mine owners.

Level parking and staging areas are available near the Creekside and the old encampment, perfect for campers or multiple vehicles.

This one-of-a-kind location features excellent potential.
Available to the beginning enthusiast, up to an established mining company. 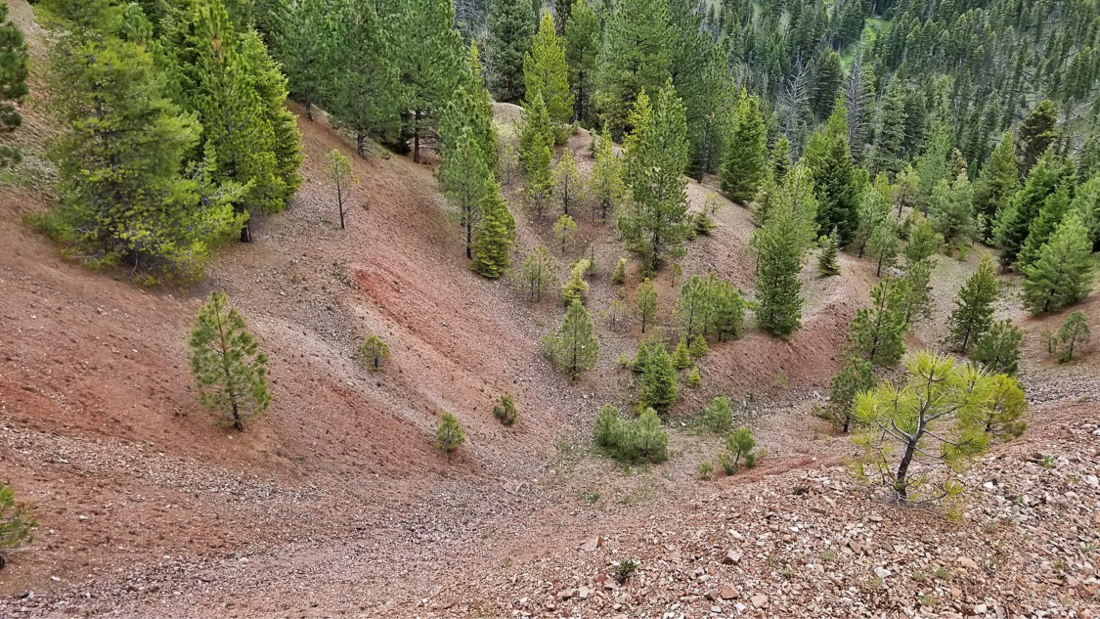 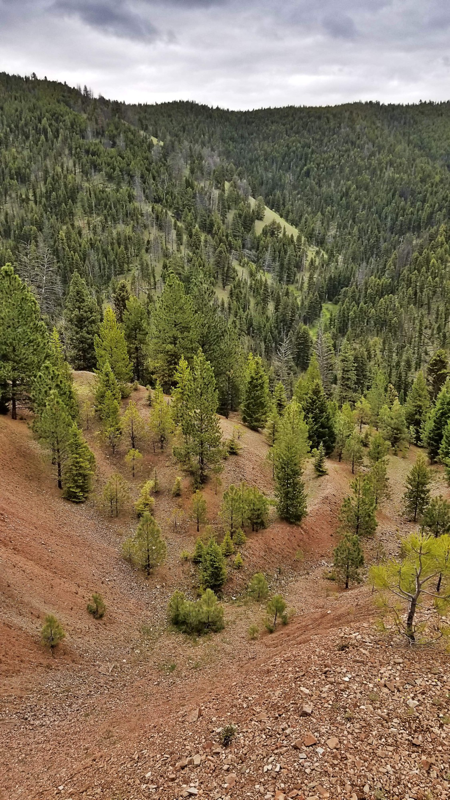 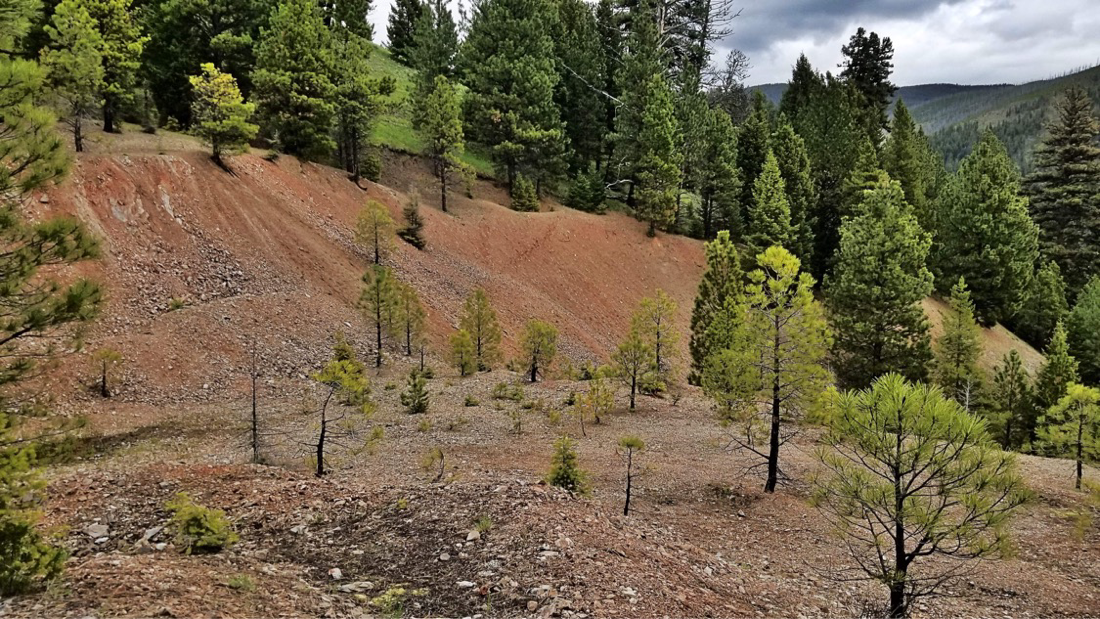 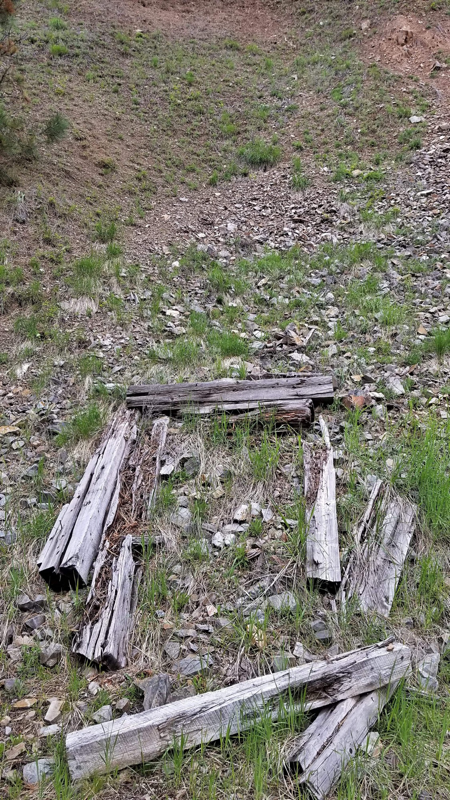 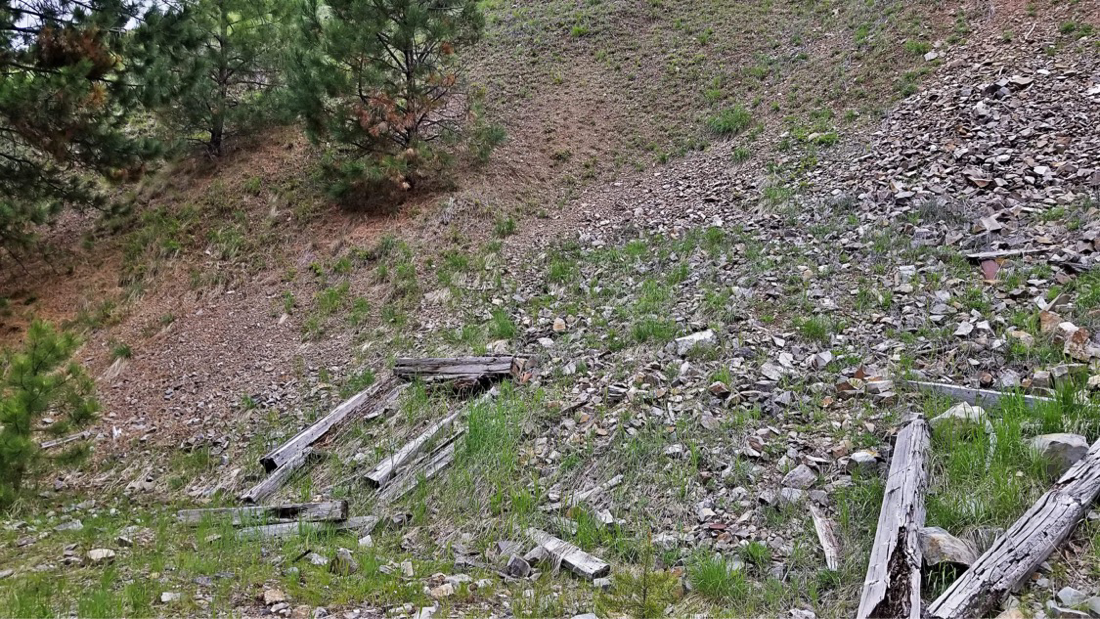 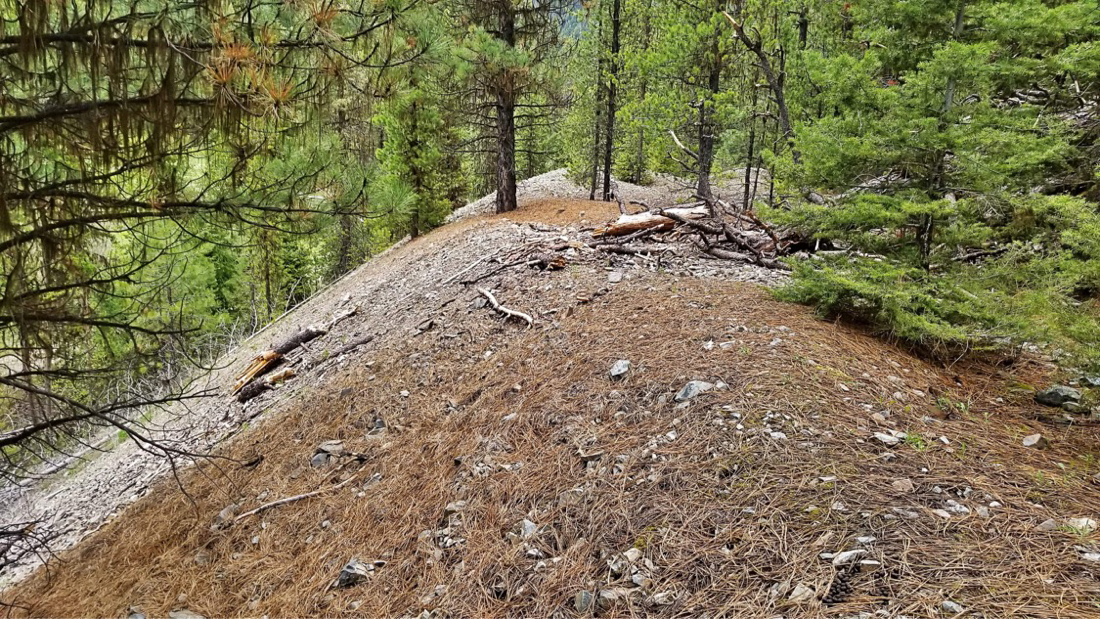 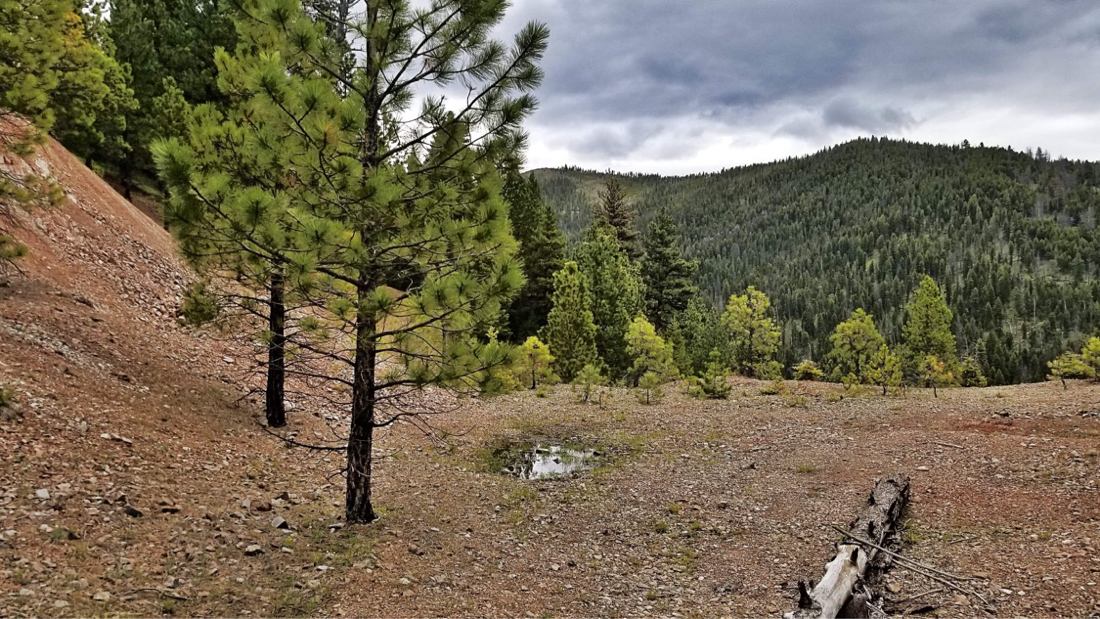 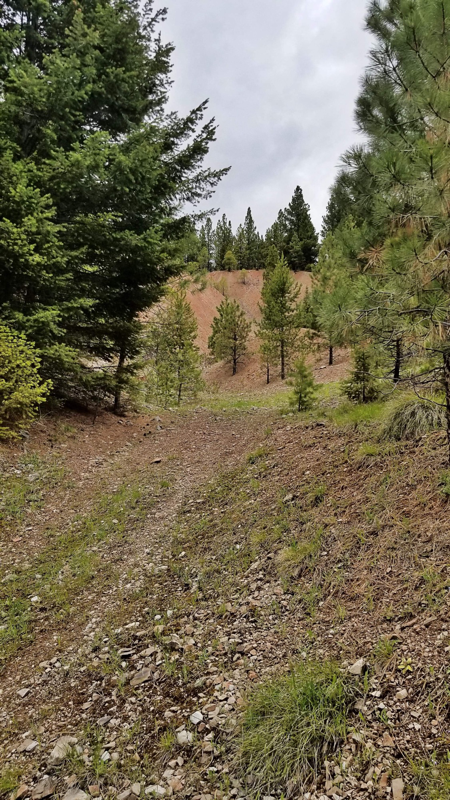 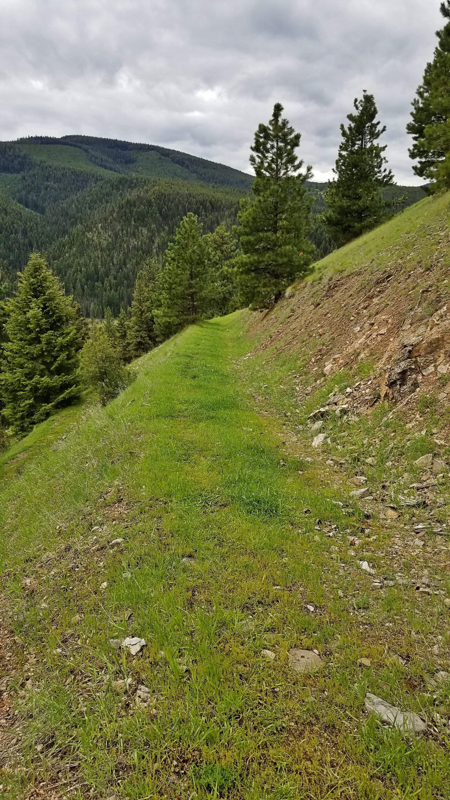 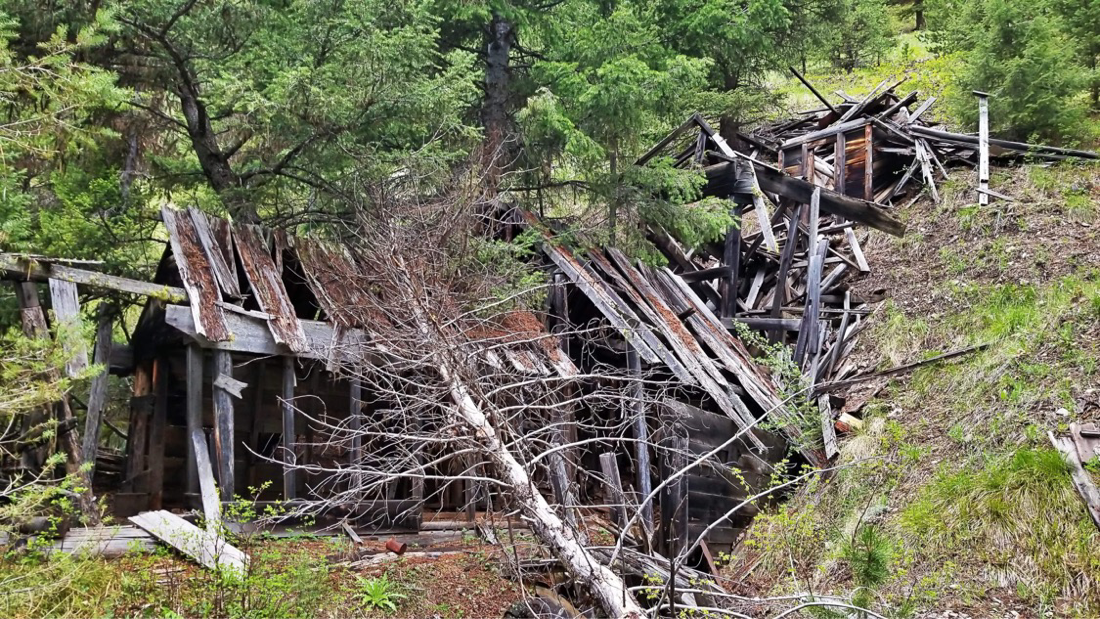 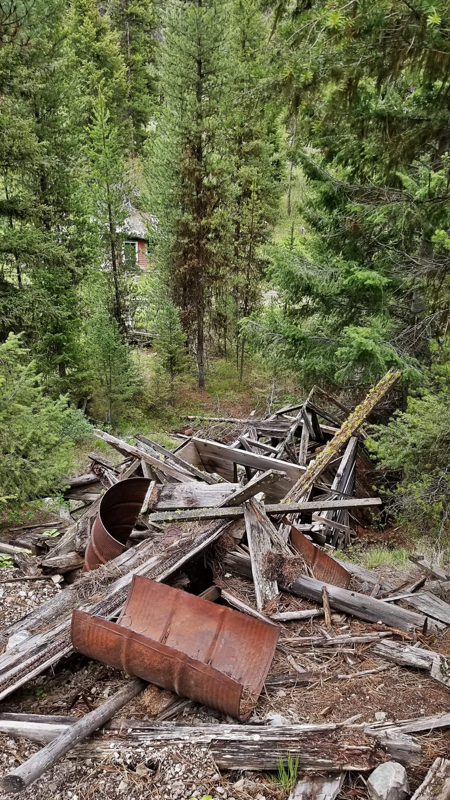 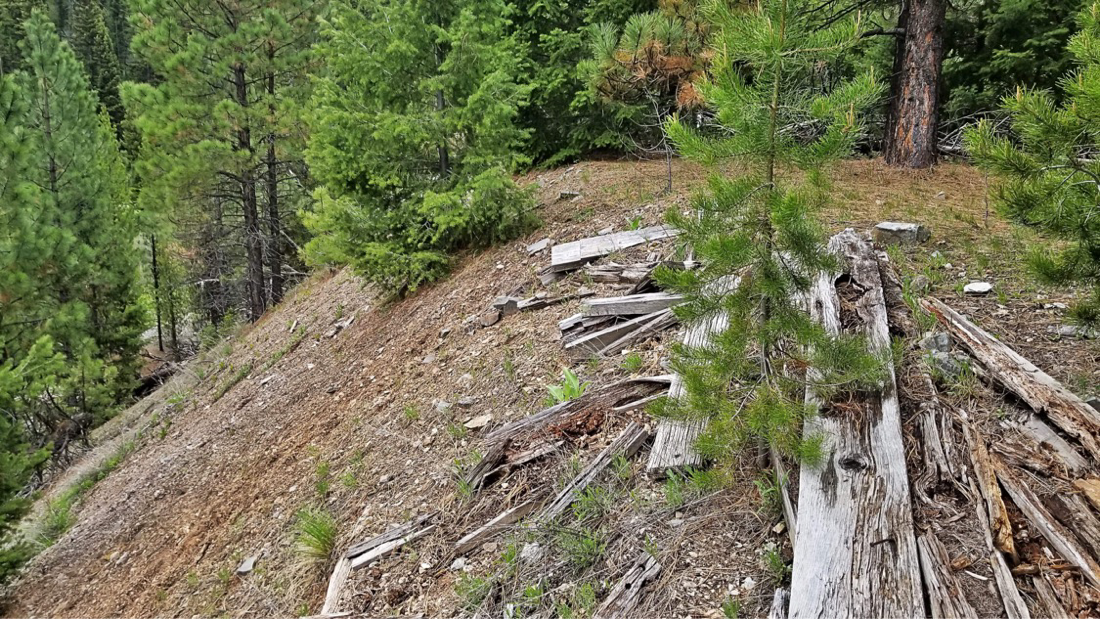 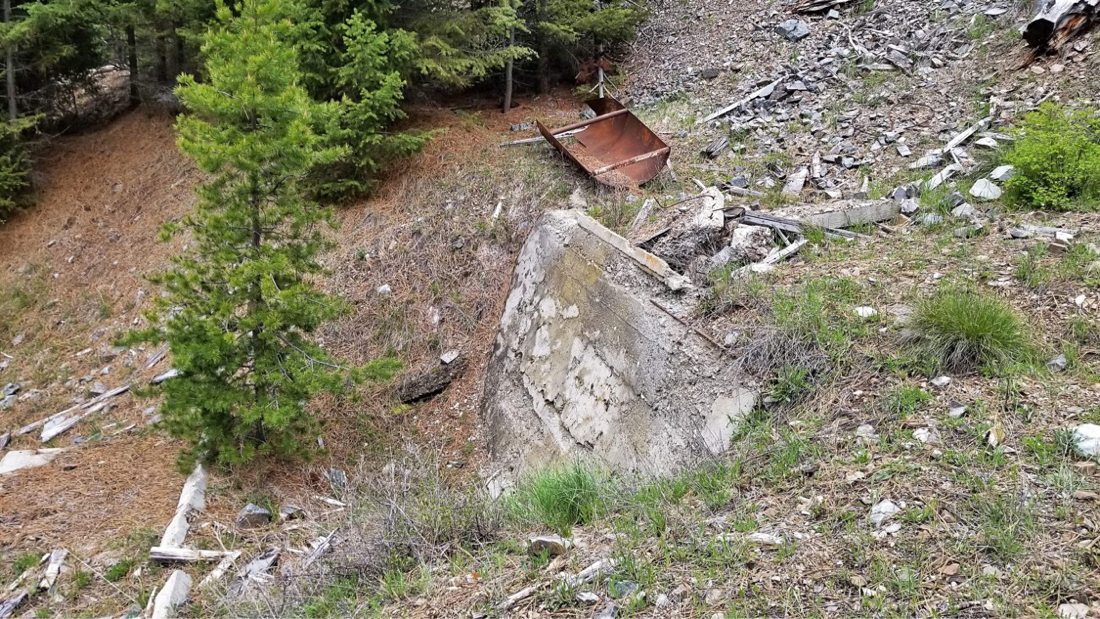 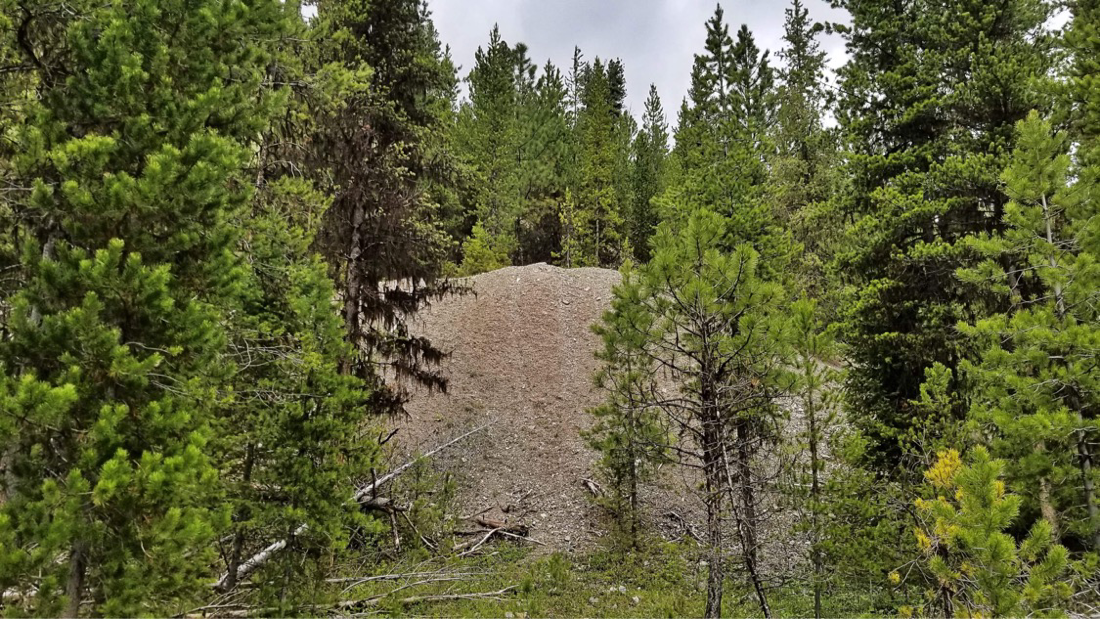 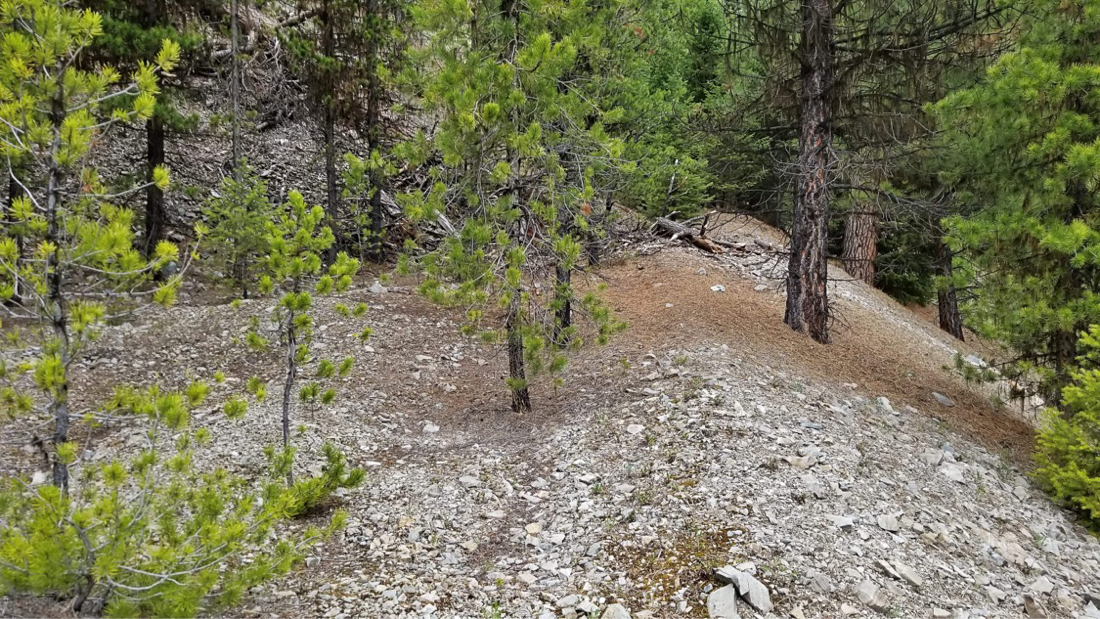 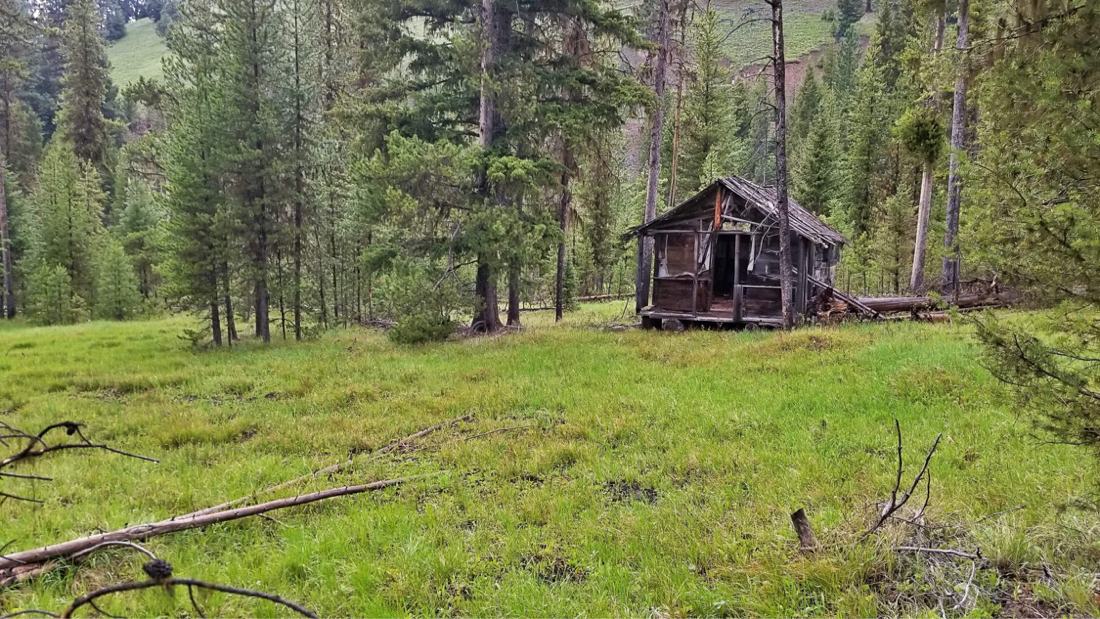 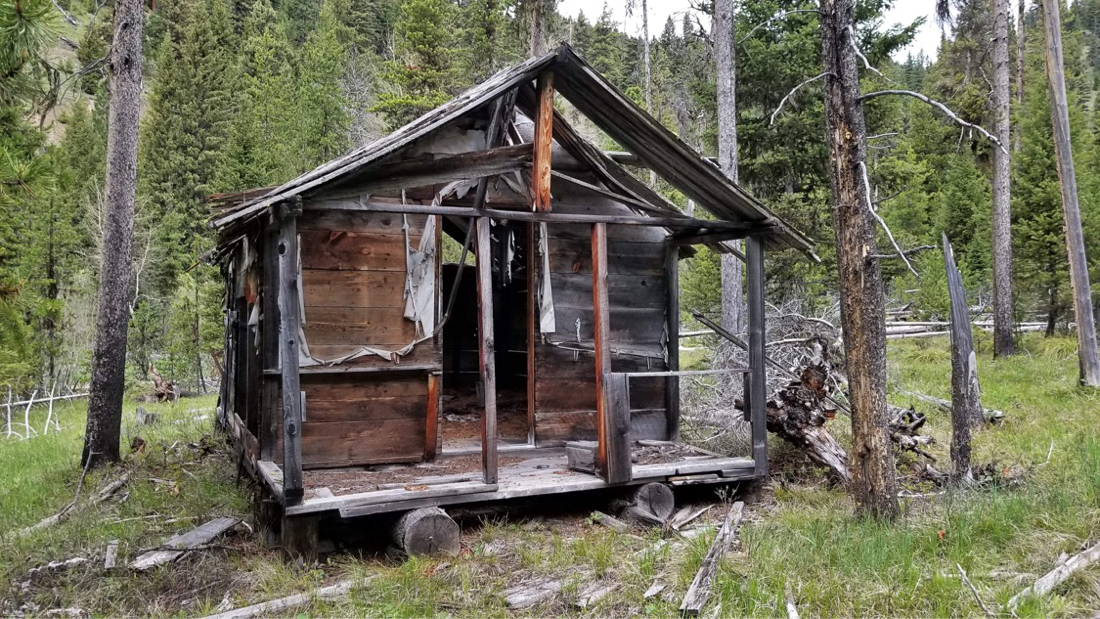 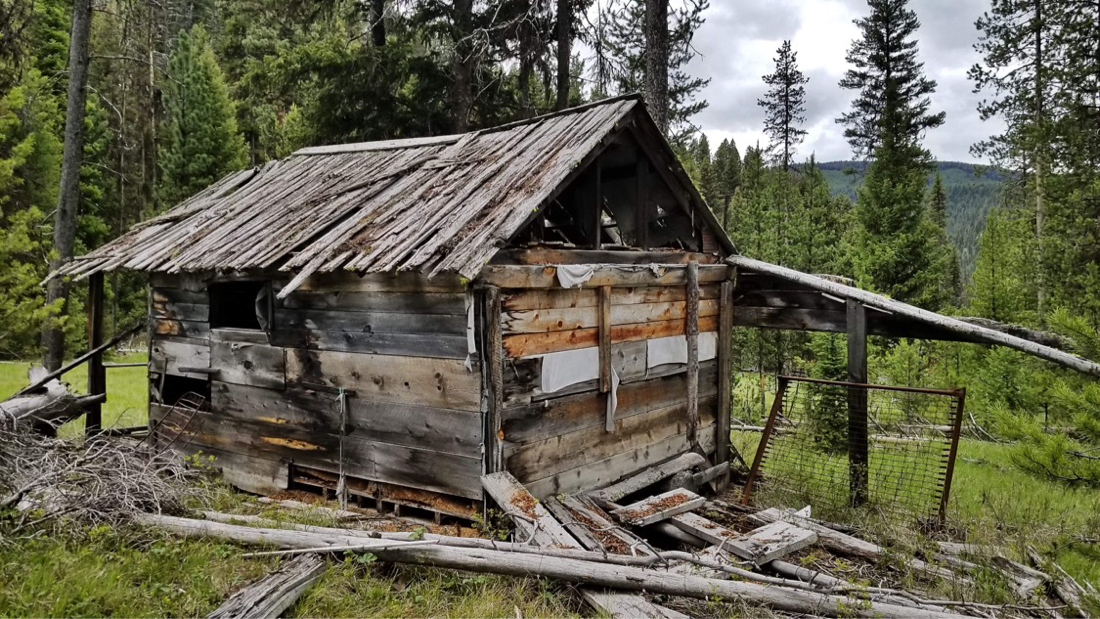 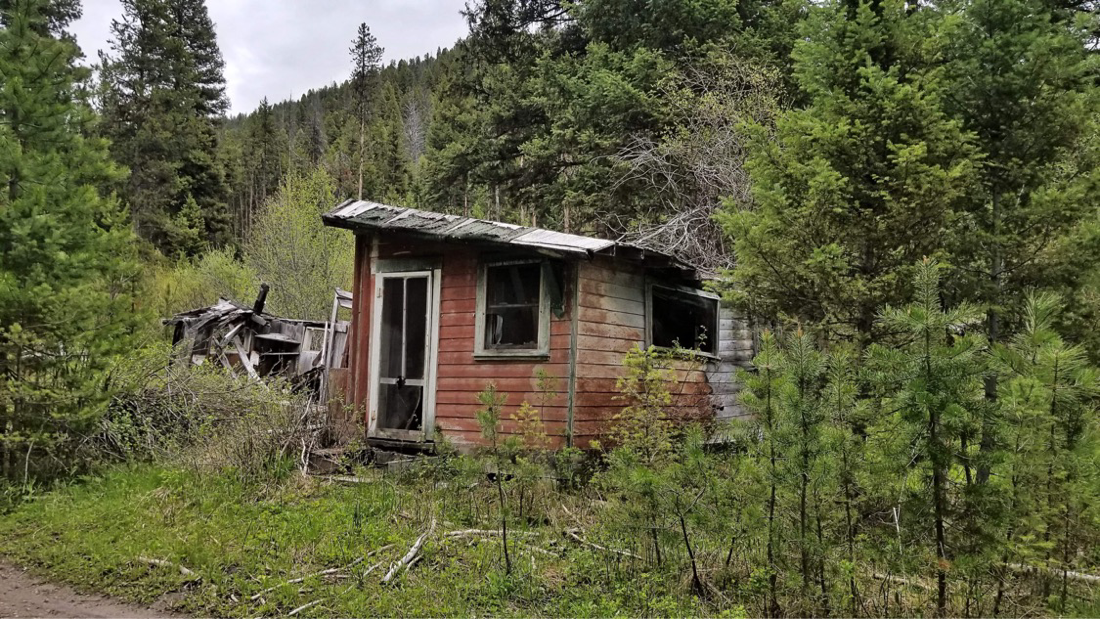 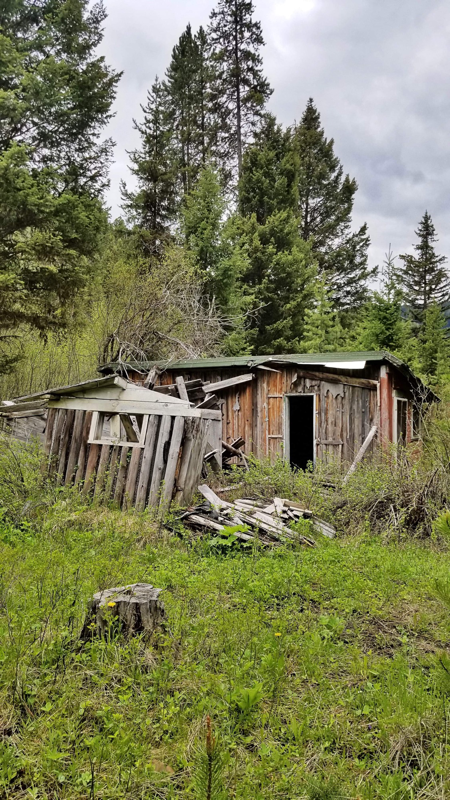 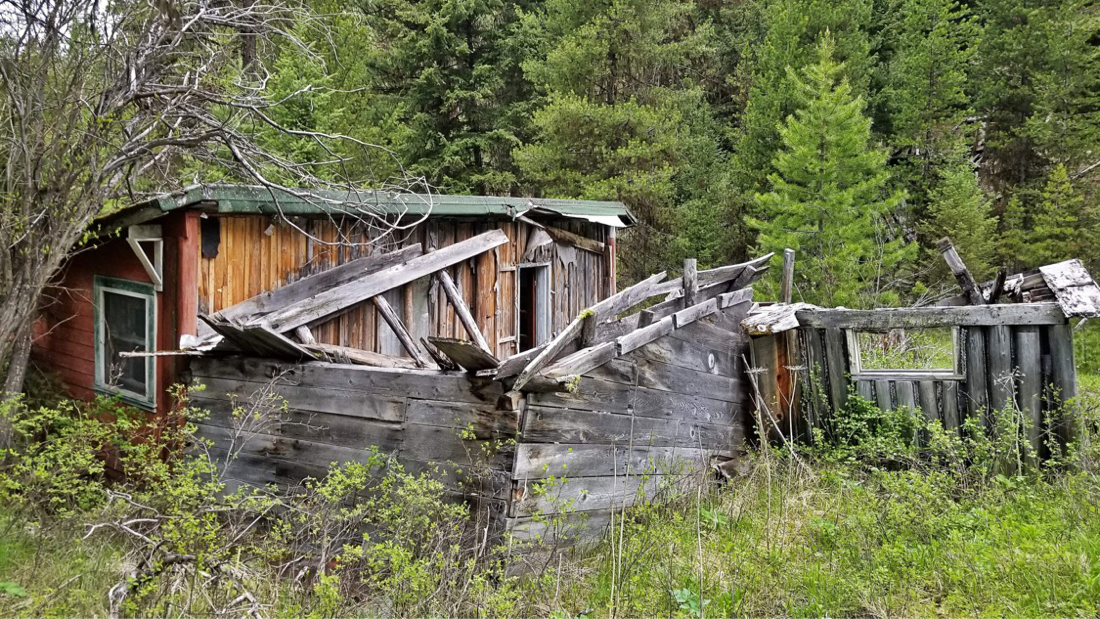 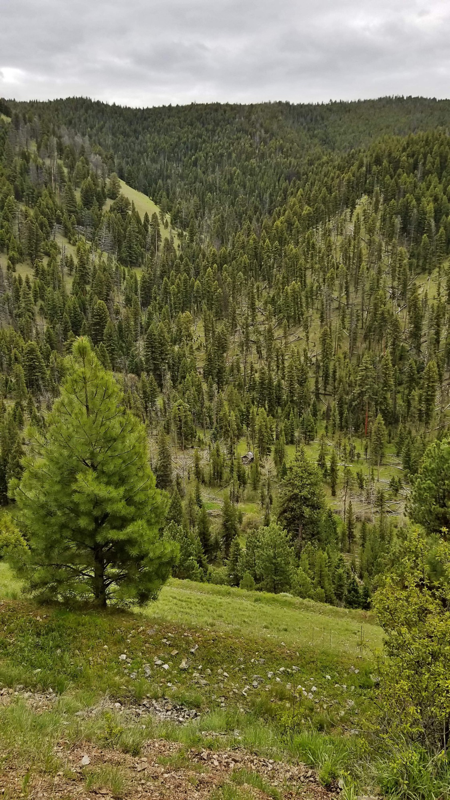 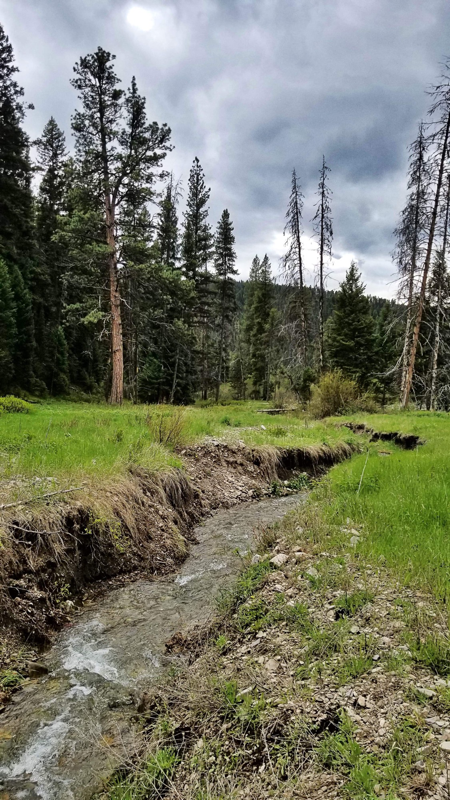 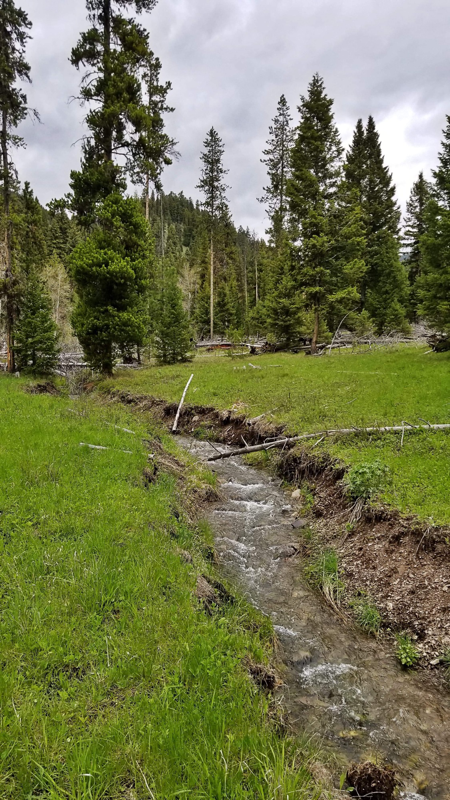 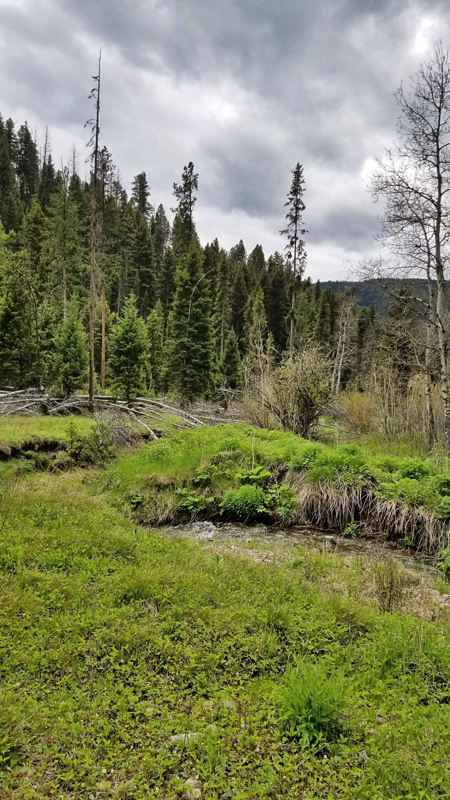 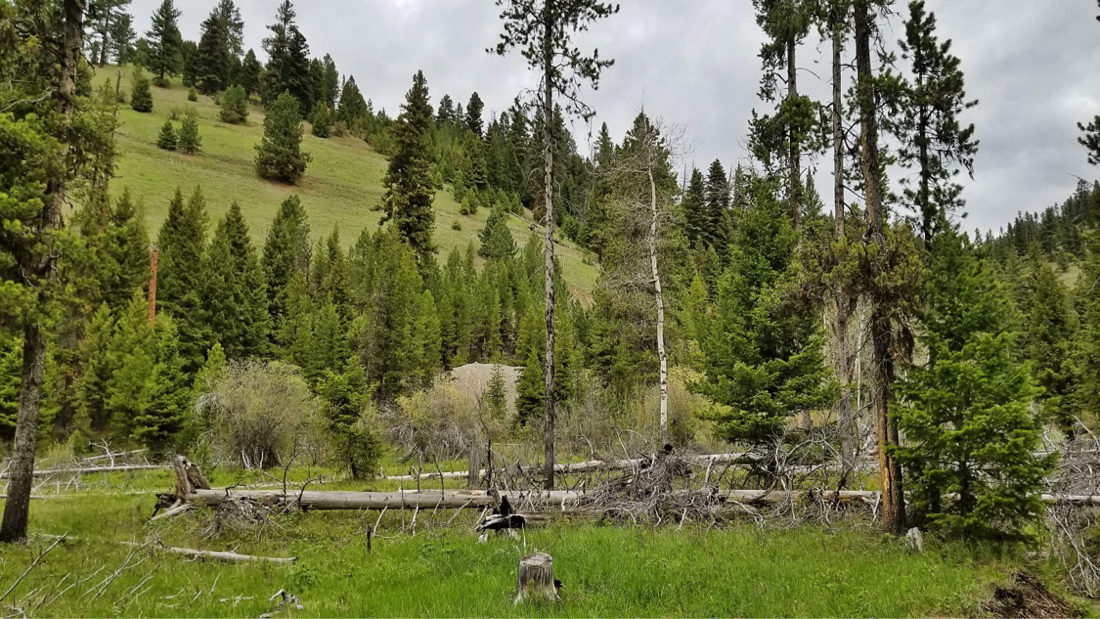 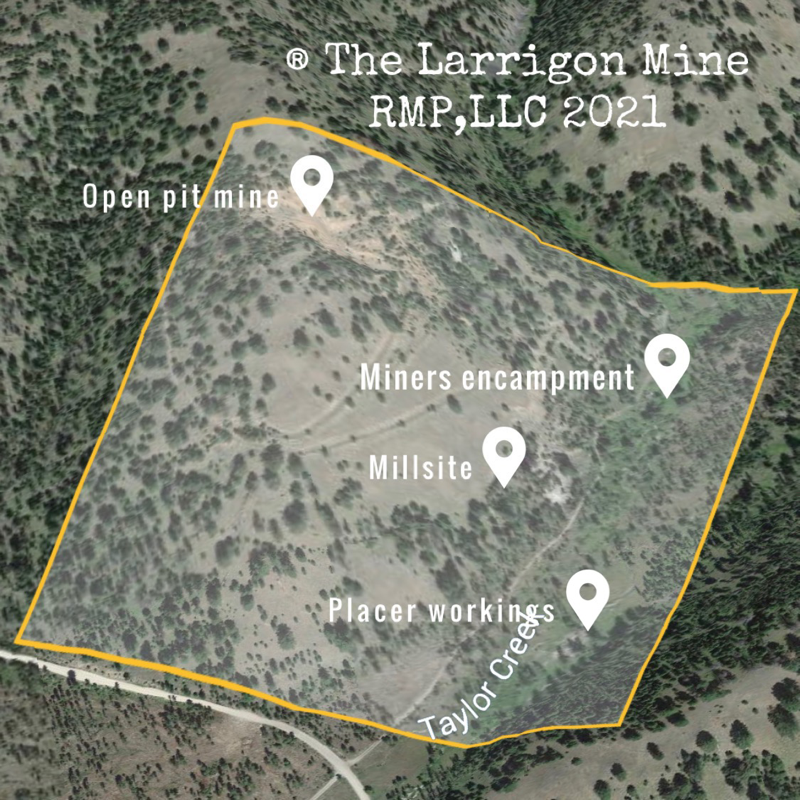 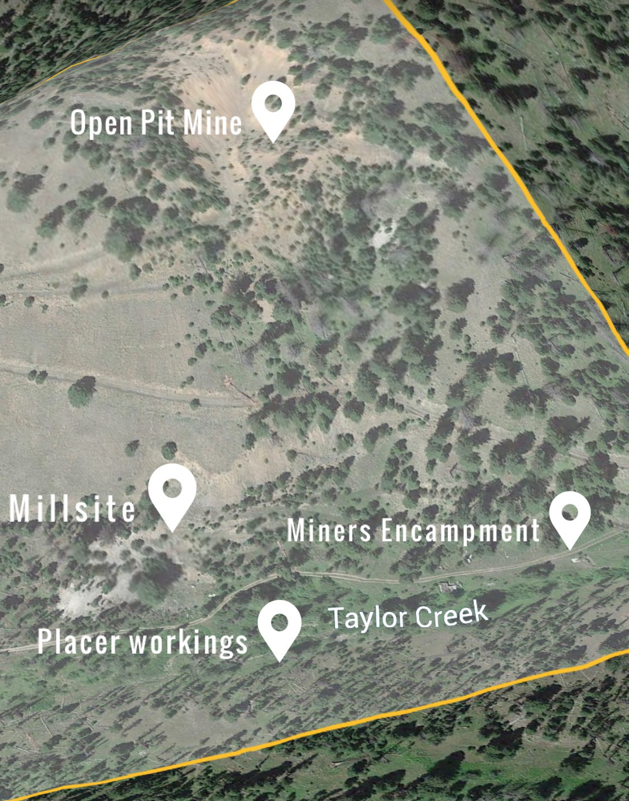