The Good HOpe Mine 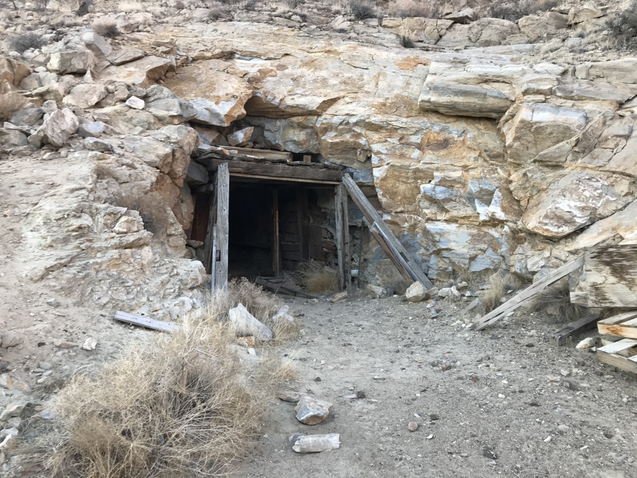 ​ Featuring a large timbered adit style mine portal with estimates of over 2500' in underground workings, as well as a secondary adit and inclined mine shaft connecting the northern workings of the mine.

With skillfully cut tunnel drifts, the mine remains intact and incredibly stable.
Primary adit #1 is a 10' tall by 14' wide timbered adit portal, with and underground tunnel drift running 85 degrees north west to the secondary workings. The older steel grates need removed and updated with a swinging steel doorway.

​ Secondary adits are driven into a multi level hillside, with the inclined shaft portal at the base.
Shaft portal has been reinforced with a steel entrance pipe and metal gate.
Both primary and secondary workings boast significantly sized mineralized mine dumps estimated in excess of 3000 yards.
Mine spill consists of county host rock and low-mid grade mineralized quartz ore from previous processing.
​
As no mill was located onsite, it can be assumed only high grade ore material was loaded out of the mine and transported to a nearby mill-site.

With limited history available, the mine was begun in the late 1930's and mined until the war act closed all gold productions. Original locators and company are presumed to be affiliated with the nearby Summit King and Dan Sluder Mines, just south near the highway.
The mine was sold to Clayton Blakely and Associates after the war and mined until 1947.
​
The very secluded mine is located in a stunning canyon with views of the south sand plains.
Featuring excellent access for any 4x4 vehicle on an old dirt mining road.
Located within 45 minutes of the city of Fallon, Nevada.

A beautifully preserved and historic mine with excellent potential, suitable for the beginning enthusiast or established mining company.

Historical information
The Sand Springs mining district is 50 km southeast of Fallon, Churchill County, Nevada.
The district was mined from 1937 to 1951 and has a recorded production of 39,300 kg of silver and 650 kg of gold, a total value of about $1,800,000.
The oldest rocks exposed in the district are phyllite, conglomerate, sandstone, and limestone which are probably correlative with the Upper Triassic Grass Valley Formation. In the Cretaceous, the sediments were intruded by the granitic Sand Springs pluton.
The Tertiary was marked by multiple periods of volcanism, the oldest producing a thick accumulation of rhyolite tuffs. This was followed closely by the intrusion of dikes and plugs of andesite, rhyolite, and basalt.
The youngest volcanism resulted in extensive basalt flows that unconformably overlay the tuffs. Silver production was from the intrusive andesite hosted epithermal Summit King vein which ranges in width from 1 m to 5 m and trends east-west for over 4 km.
Hypogene ore minerals consist of pyrite, argentite, goid-electrum, and possibly galena, sphalerite, chalcopyrite, and bornite.
The near surface ores were enriched in secondary silver chloride and bromide. Gangue minerals include quartz, calcite, adularia, barite, and dolomite which exhibits epithermal vein characteristics of open-space filling, banding, and combing. The host andesite has been extensively propylitized adjacent to the vein.  --E.J. Collord  May, 1980 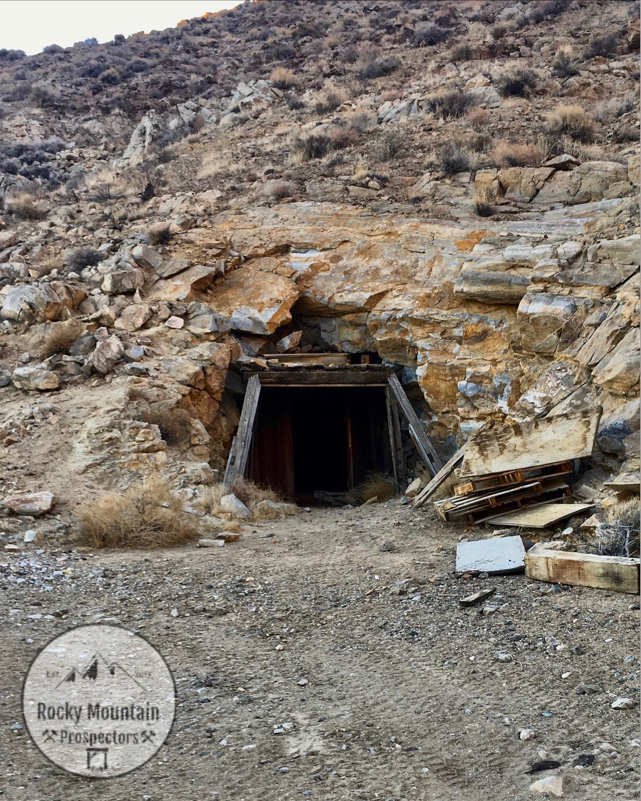 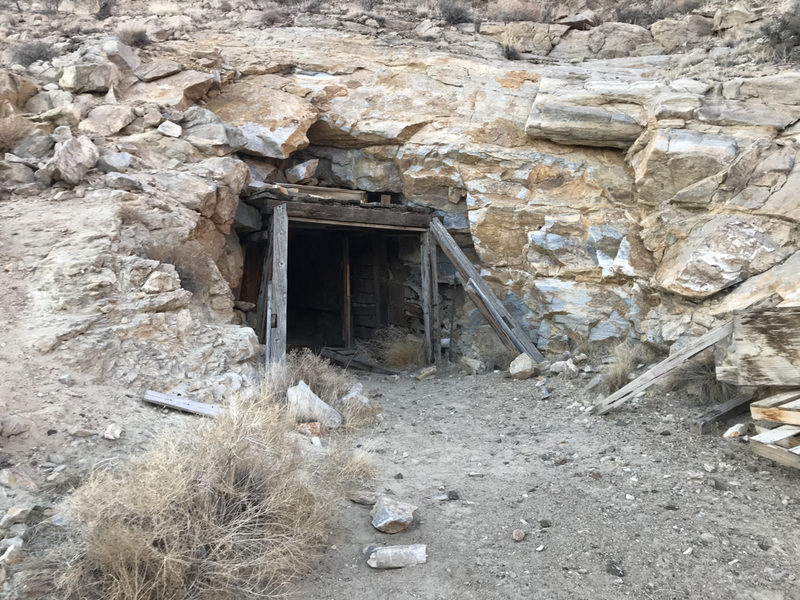 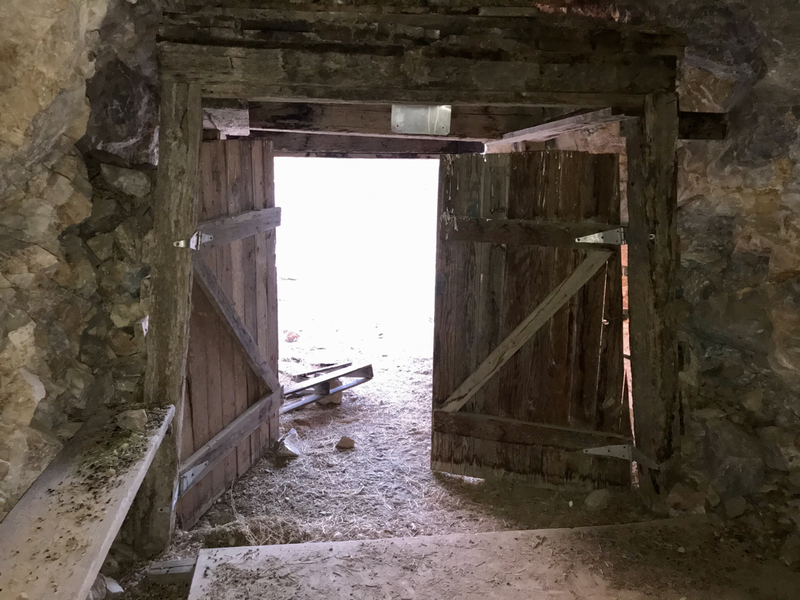 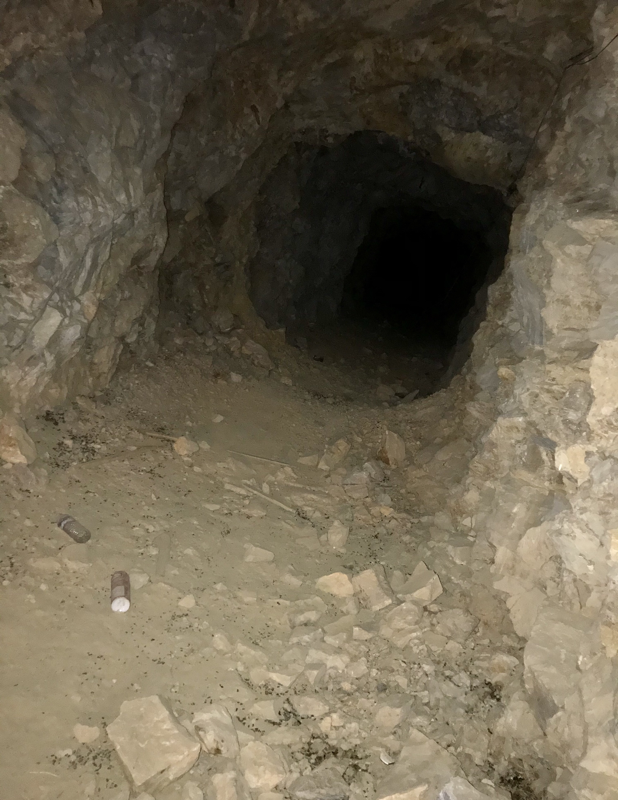 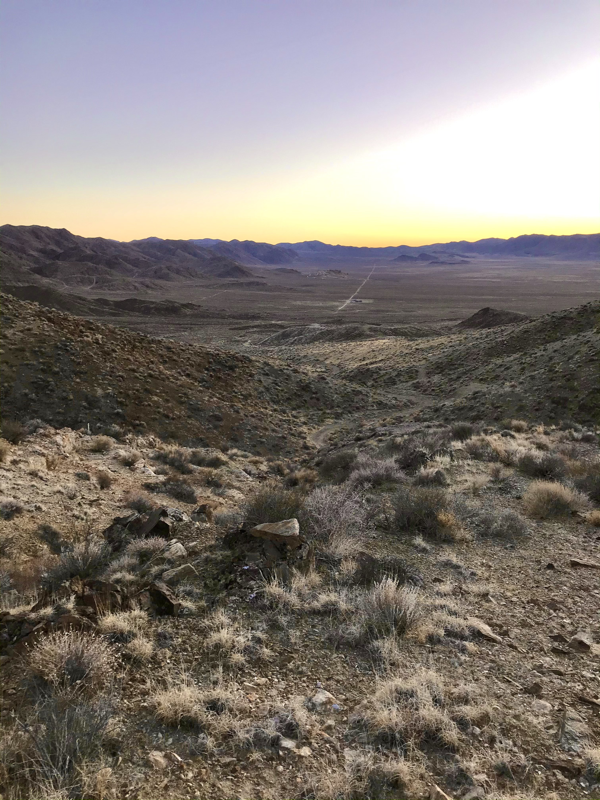 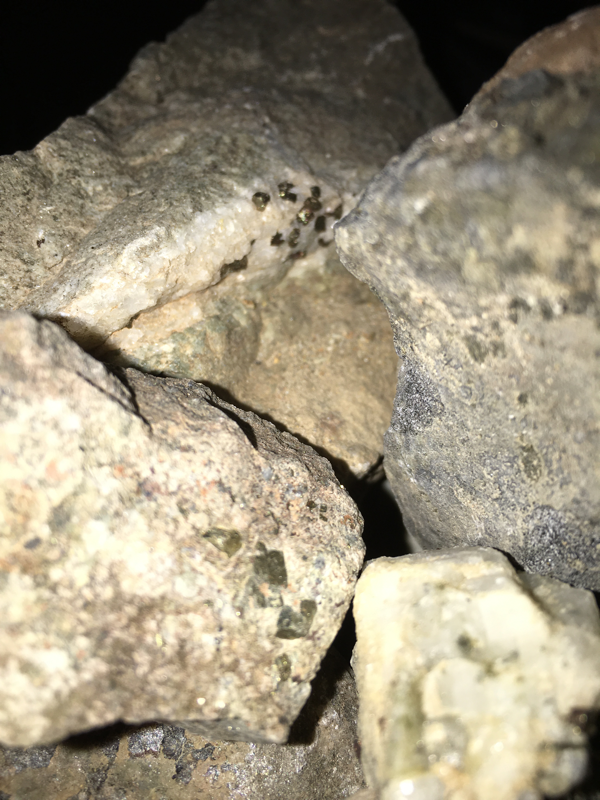 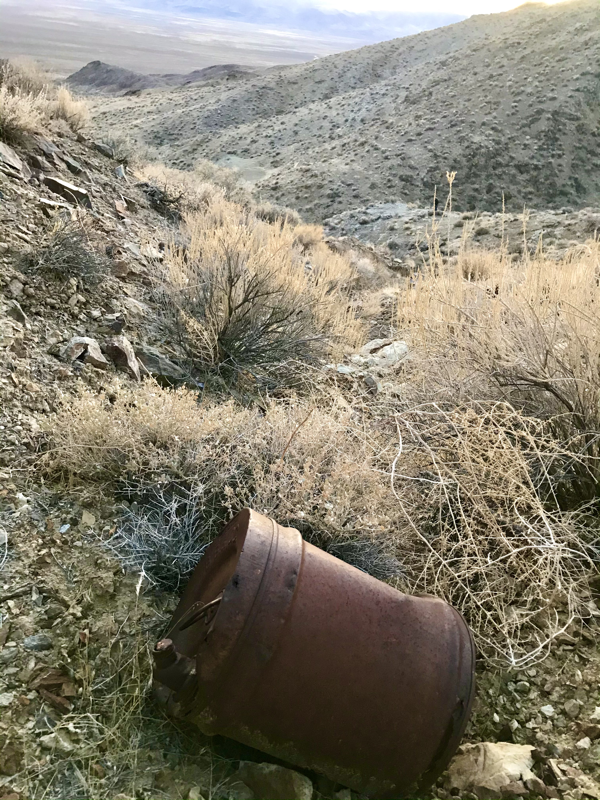 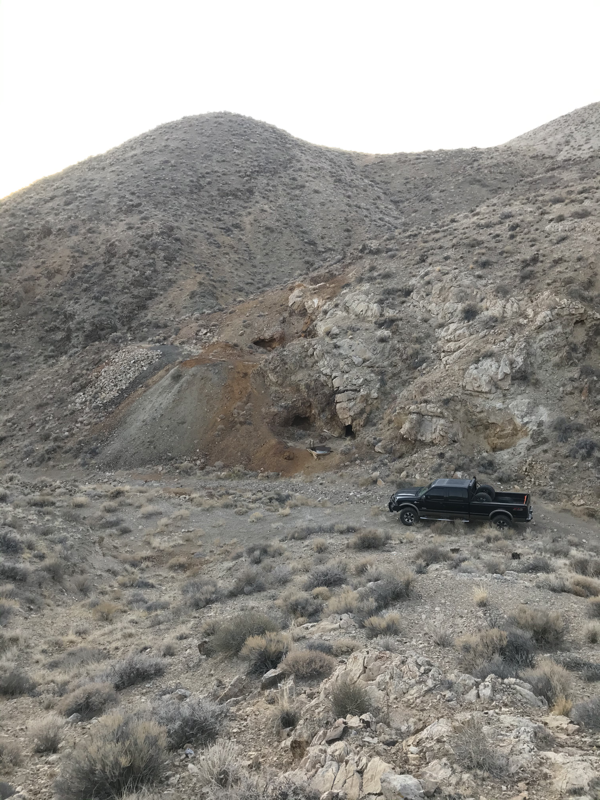 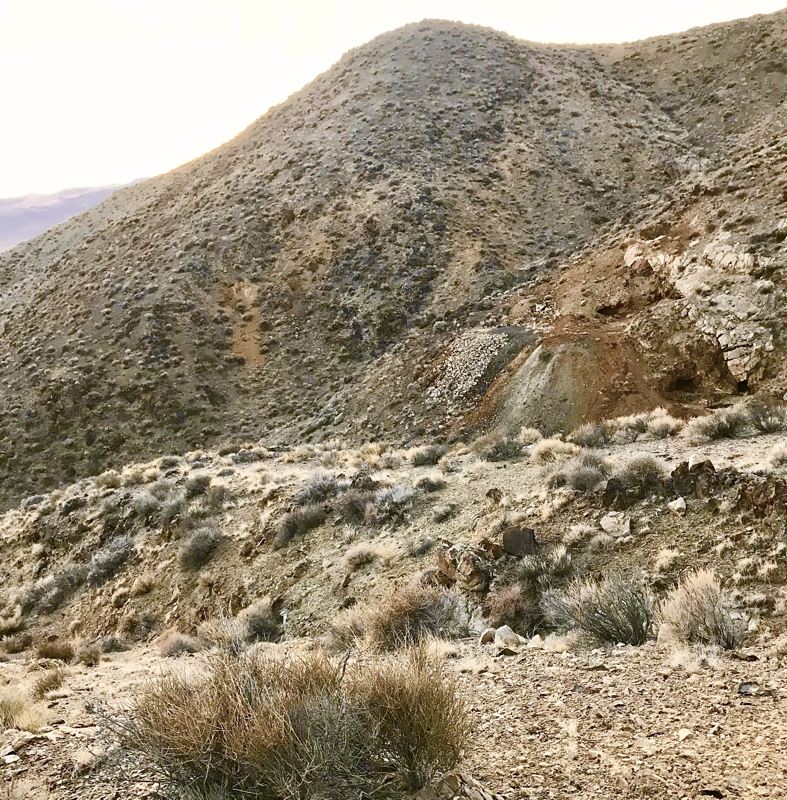 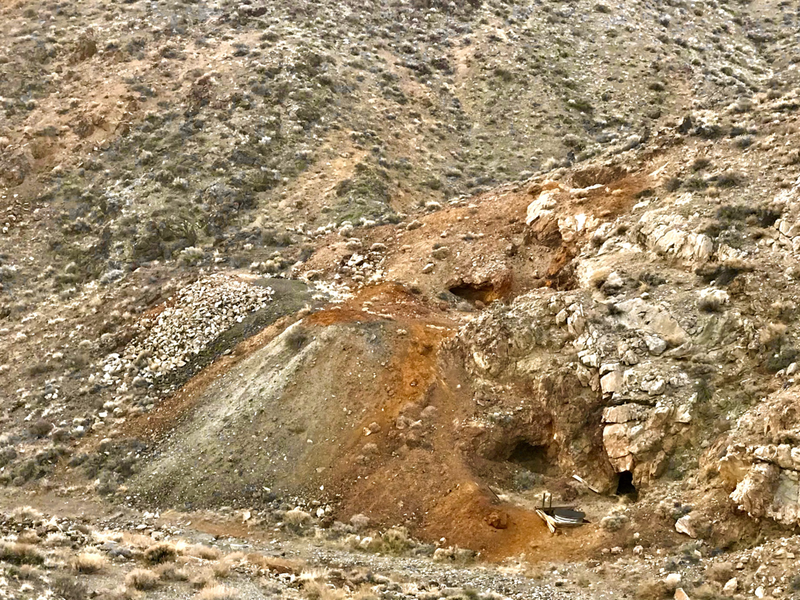 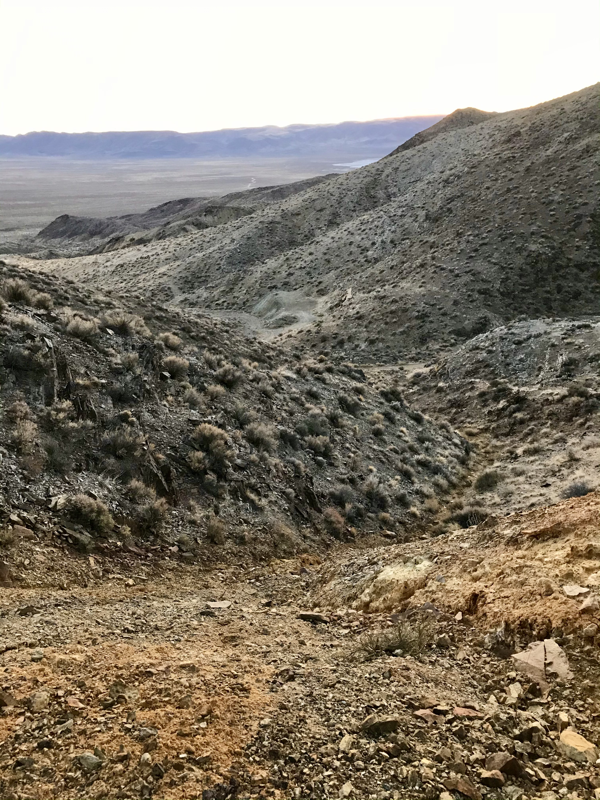 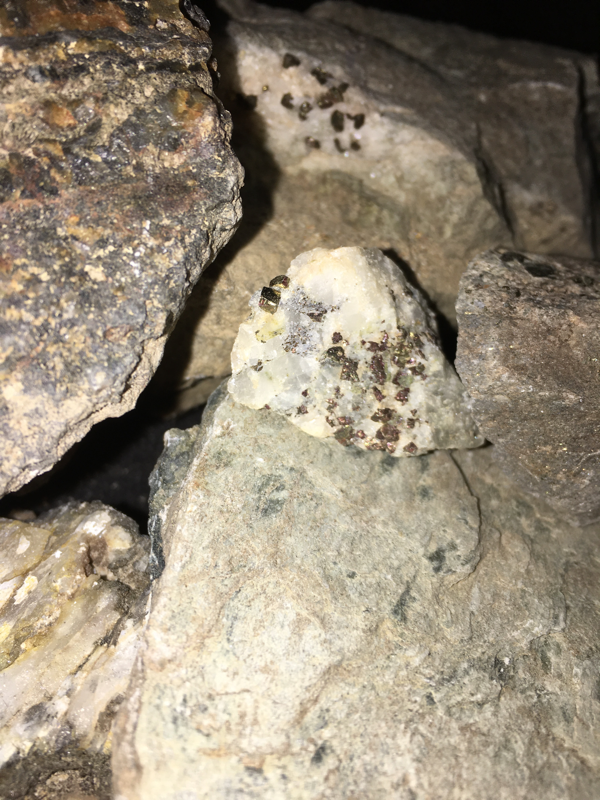 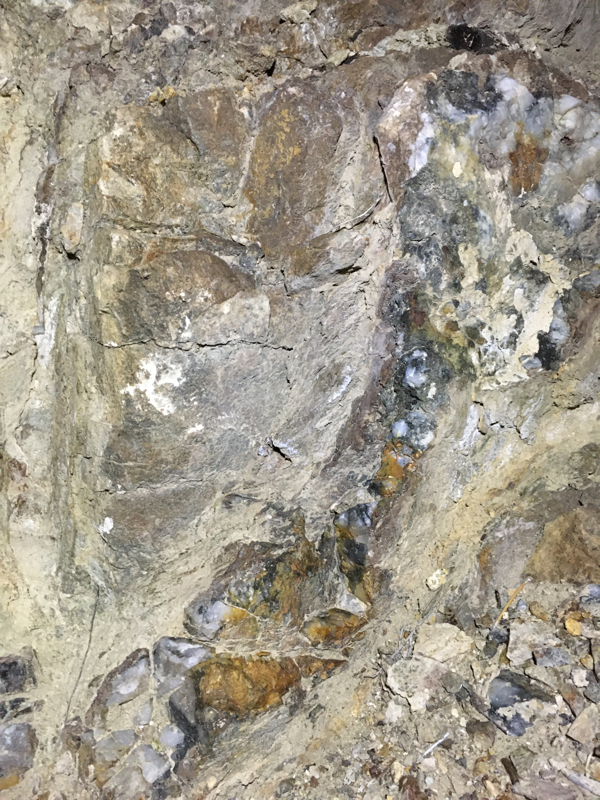 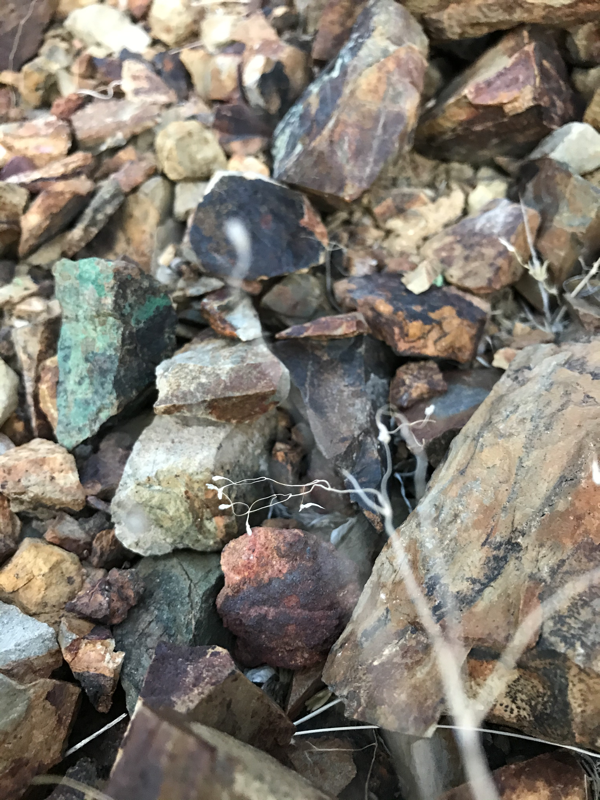 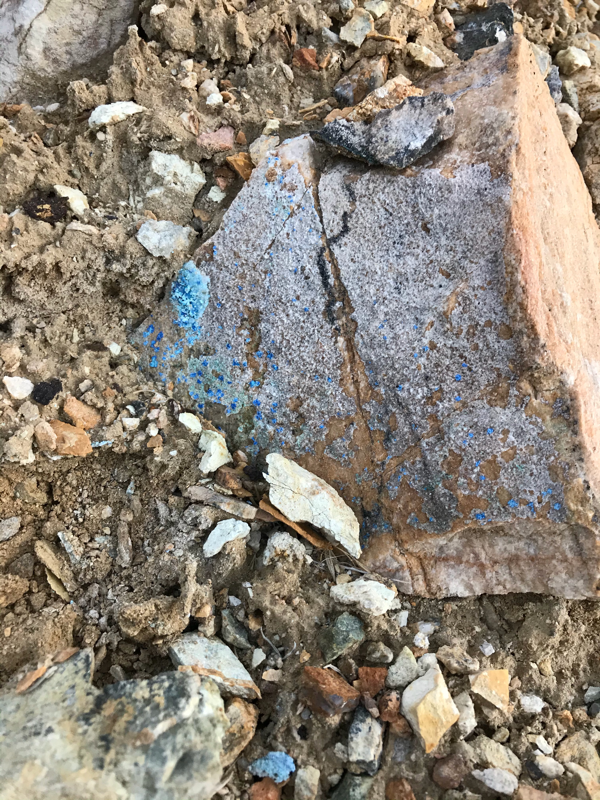 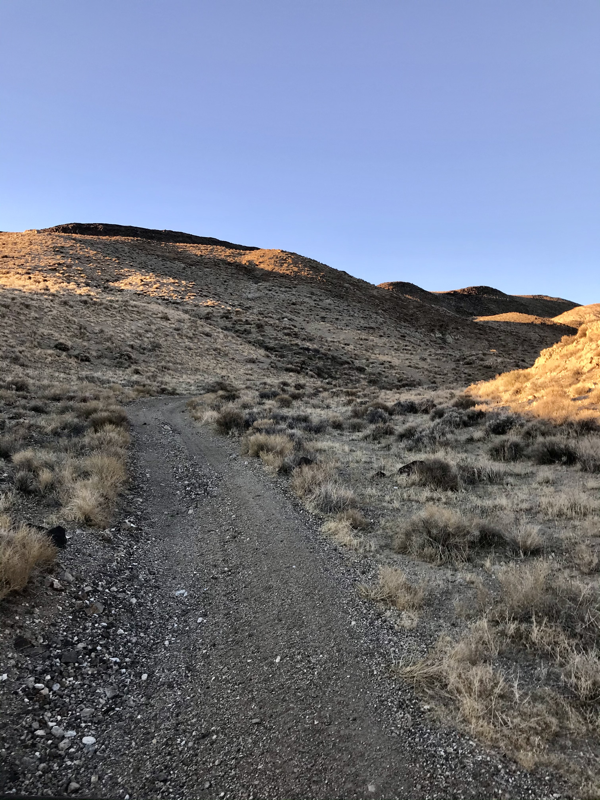 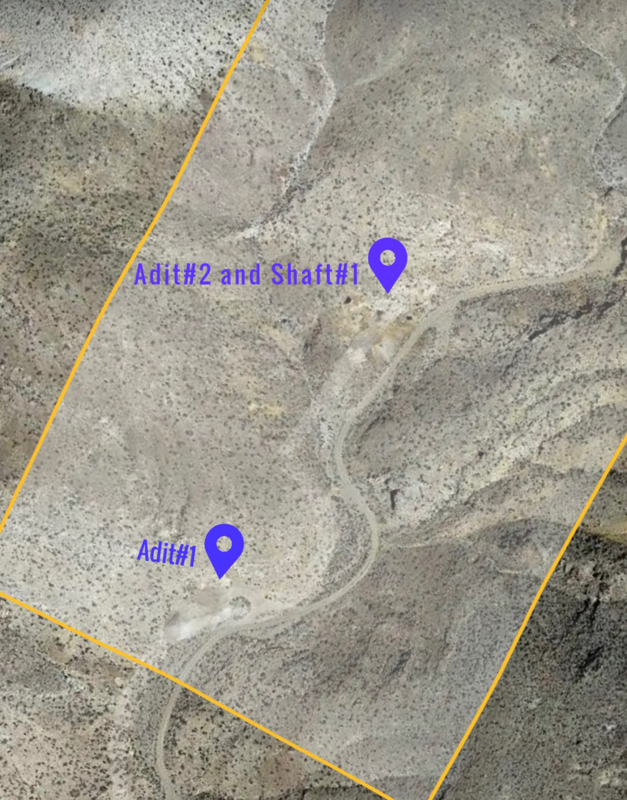 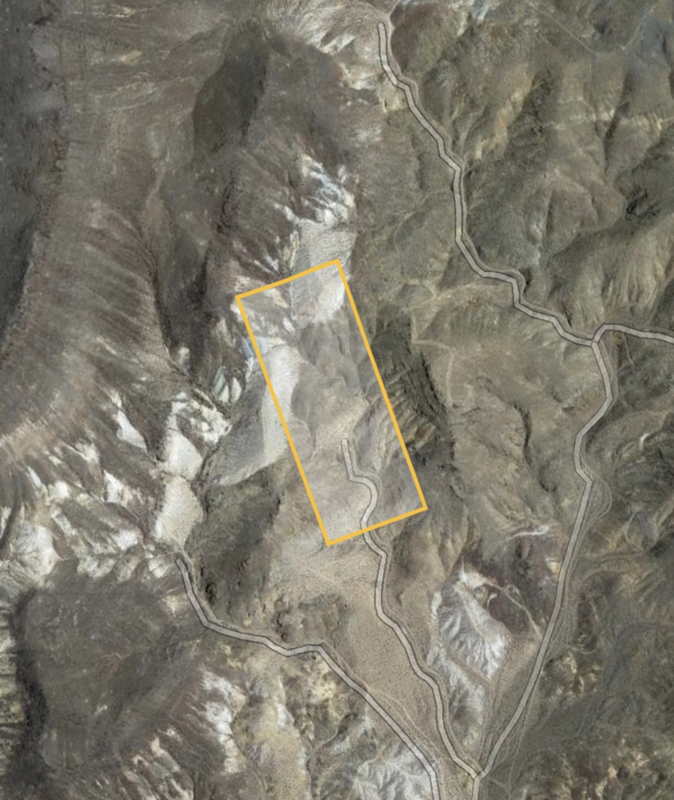