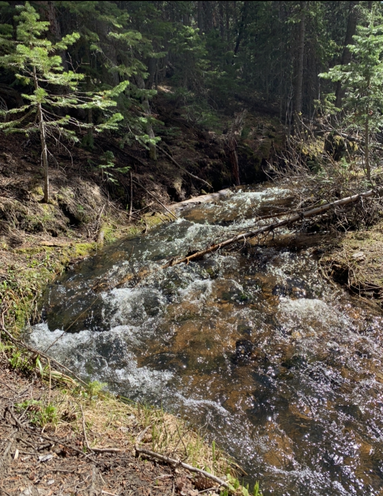 ​ With annual water flow, creek depth ranges between 6 inches -1.5 feet depending on the season.
Gold values can be located in the concreted gravel bends and deposits around the creek bed.
Stunning terminated crystals known as Strawberry-Quartz (hematite inclusive) can be located in the upper flood plains and Creekside.

​ Featuring over 1200 feet in creek access and a parking and staging area suitable for multiple vehicles.
Wildlife is abundant in the area, including: Moose, Elk, Deer, Bear , Big Horn Sheep and other numerous northern Colorado wildlife.
The district was active between the late 1890’s until the early 1920’s.
Though largely undocumented, this mine is set in the old Manhattan mining district of northern Colorado, with published USGS mineral records.

Access to the secluded area is by older dirt roads, suitable for higher clearance vehicles and any 4x4.
​
Nearby town of Red Feather Lakes, Colorado offers all amenities including: Fuel, food and lodging.
Within 1.2hrs of Ft. Collins Colorado.
Featuring a large, level parking area suitable for a camper and multiple vehicles.

In addition to mining, the area offers abundant wildlife, hunting and fishing.

A perfect mine for the beginning enthusiast. 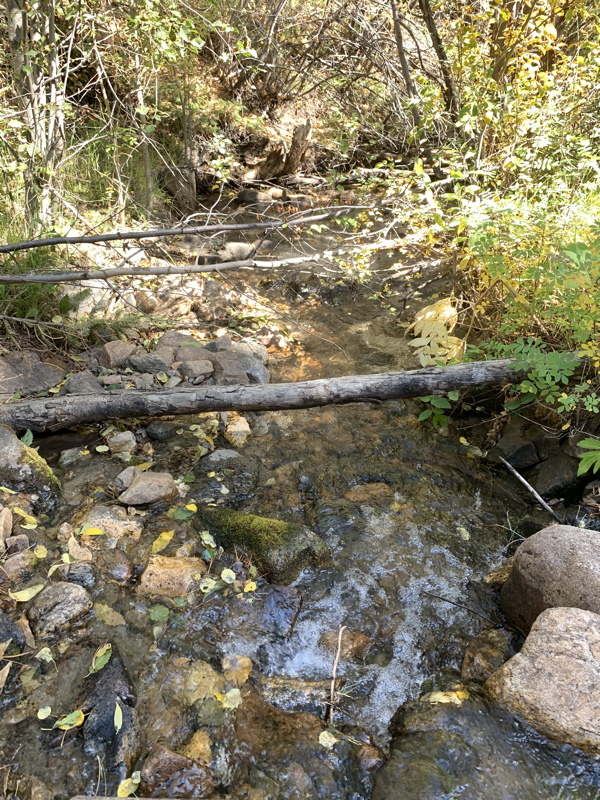 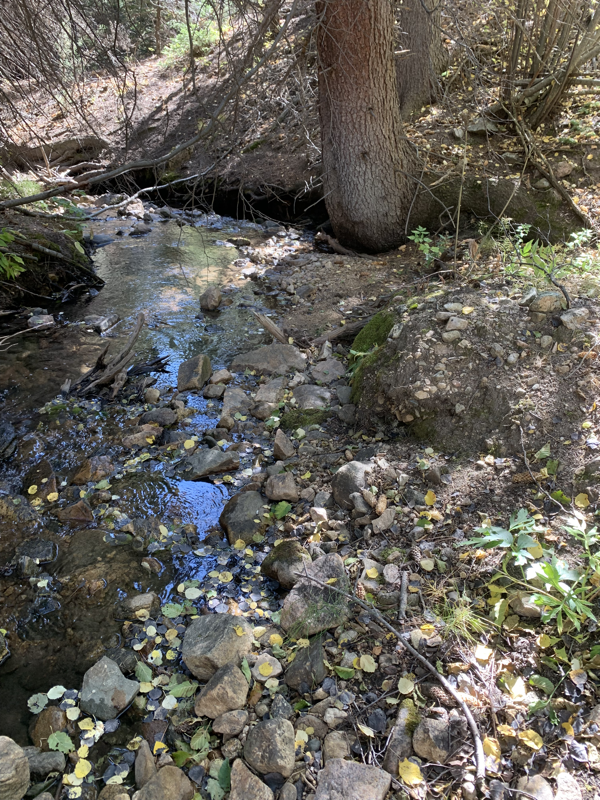 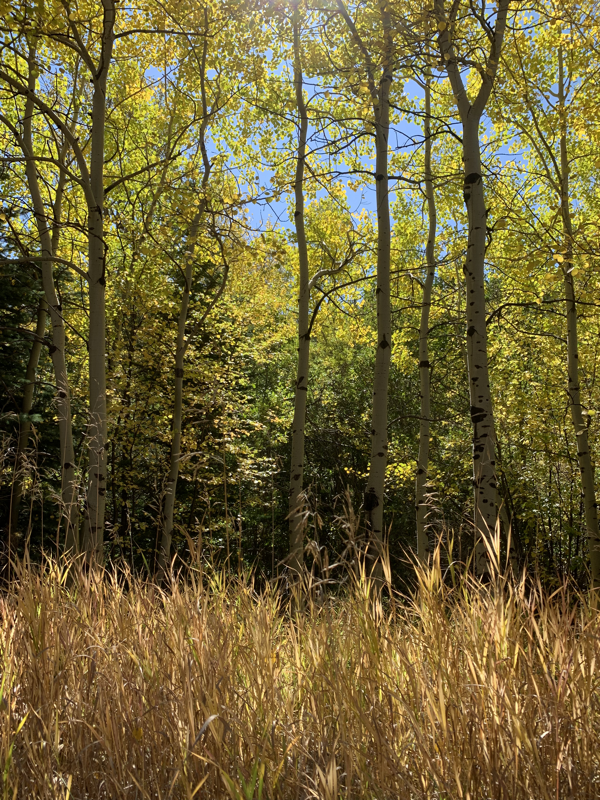 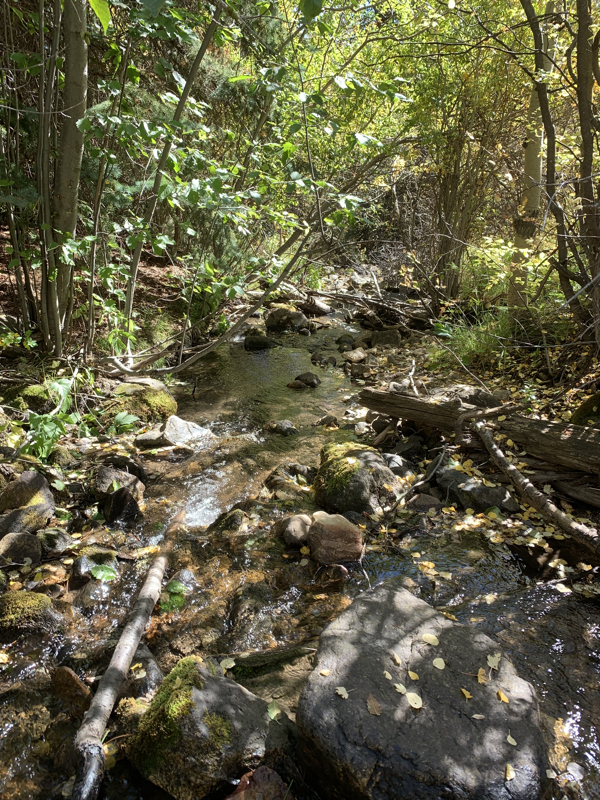 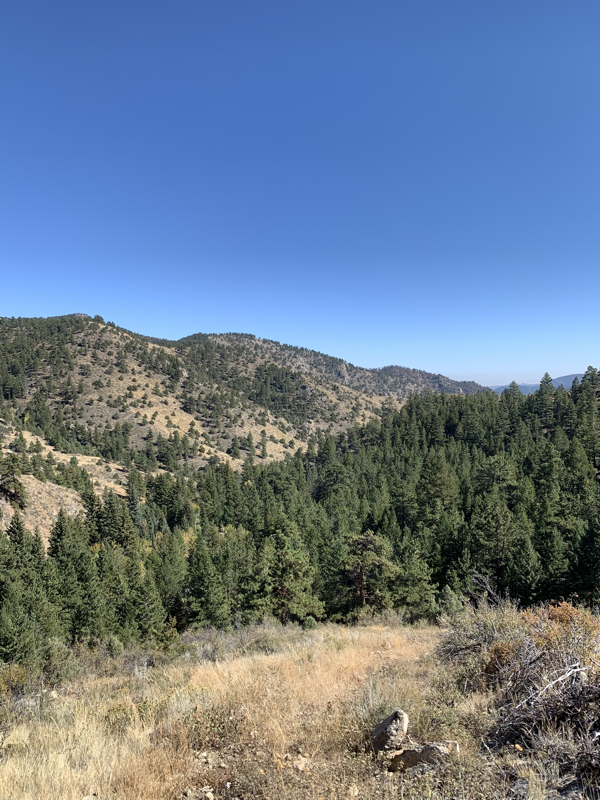 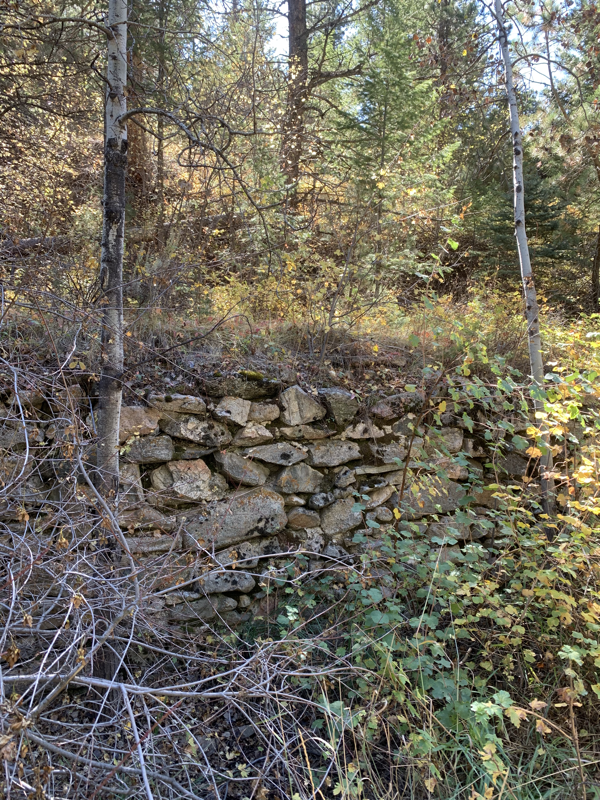 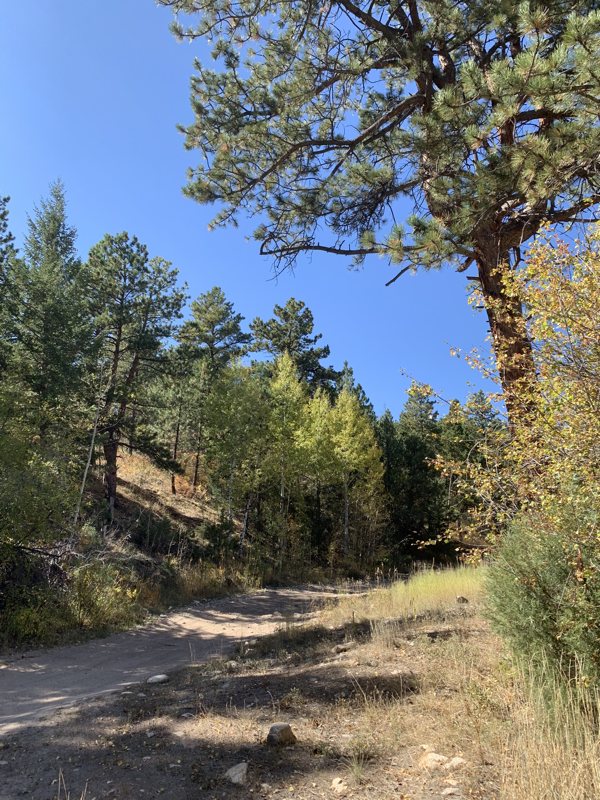 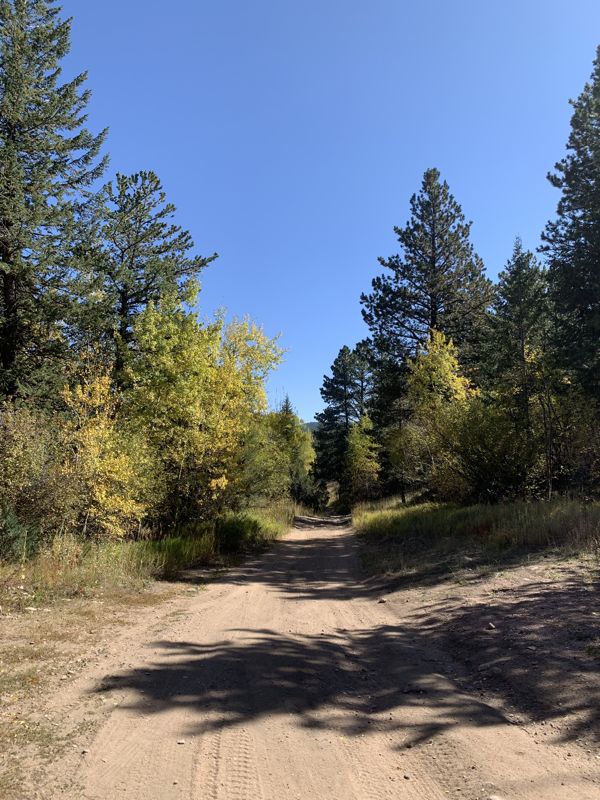 The forgotten Gold district of Manhattan Colorado.
​
During the late 1890’s an optimistic prospector by the name of Zimmerman was determined to find Gold up the Cache la Pourdre canyon.
While the majority of the Gold hungry diggers made there way to famous mining towns such as Idaho Springs, Black Hawk or Denver.
Zimmerman followed what wisdom he could retain from native Indian stories, stories of gold pieces in quartz along the river trails.
As is usually the case with a determined prospector, Zimmerman found that which he searched for.
With a wagon and mules, Zimmerman brought ore specimens from his newly located “Elkhorn Mine” into Fort Collins Colorado.

Slowly, one by one the camp diminished to a few families holding on to the dream.
Shortly after, a large gold vein nearly 18” in diameter was found by aspiring miners!
New life was briefly breathed into the area as prospectors flooded the hillsides once again.

A stamp mill was built near the river and the town of Pourdre City constructed to aid the mining effort.
An unfortunate and suspicious occurrence completed the end of the pourdre city settlement, a water levy north of the canyon burst and washed away the entire town.

After decades of resting abandoned in the forests of Larimer county, these hidden treasure chests are being opened once again.
As previous metal prices have risen astronomically since the 1930’s, each of these mines hold possible value for today’s market.
•Commodities : Gold, quartz crystals.
• Claim designation: un-patented placer
• Size: 20 acres
​• Location: Larimer County, Colorado
• Nearby town: Red Feather Lakes, Colorado
​•Financing available with $750 down and monthly payments of $125
Mining claims are defined as tangible property by law, these historic properties can be mined, sold or transferred at the owners discretion.
Precious metal values will only continue to rise with the heavy demands from the technological and financial sectors.
Secure your mineral property today.
“It’s a Gold way to go!”