Featuring multiple incline mine shafts and workings from the early 1900’s-1920’s.
Primary workings were driven into a highly mineralized quartz outcropping.
The shafts have closed shut over the years due to erosion and overburden.
Mid- to high grade mineralized ore is available in an estimated 50 tons near the surface alone.

Located in the old Manhattan Gold District, this area was only worked briefly during the 1900’s and then abandoned due to low gold prices of the age and high fuel cost of accessing the district.

Excellent access by well maintained un-paved roads.
Large campers and recreational vehicles can be parked near the front camping and parking area of the claim.
Located within 15 minutes of the small town :Red Feather lakes Colorado, and within 1-hr of Fort Collins, Colorado.

​The area is zoned for mining and recreation.
Enjoy the peace and quit, explore, mine, hunt and fish on your 20.66 acre claim. 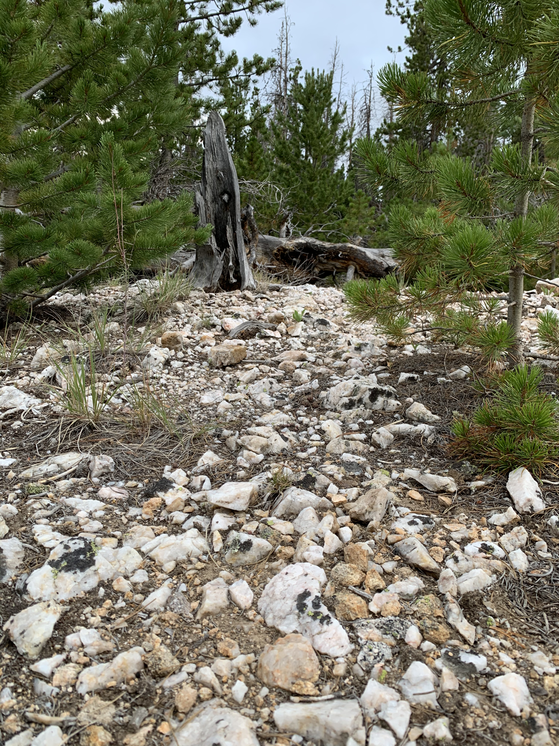 (A portion of the large quartz outcropping that the mines were driven to intersect.)
(The “Twin shafts” appear to connect further underground.) 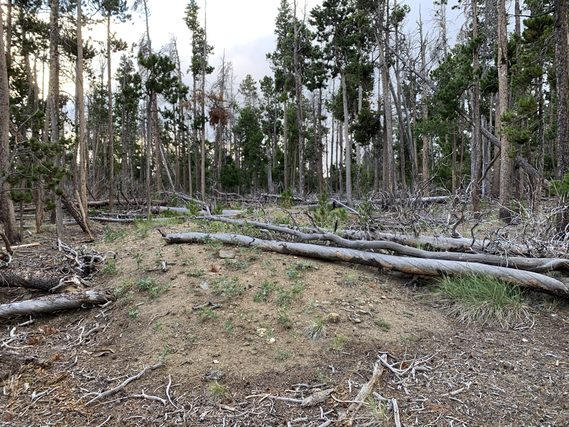 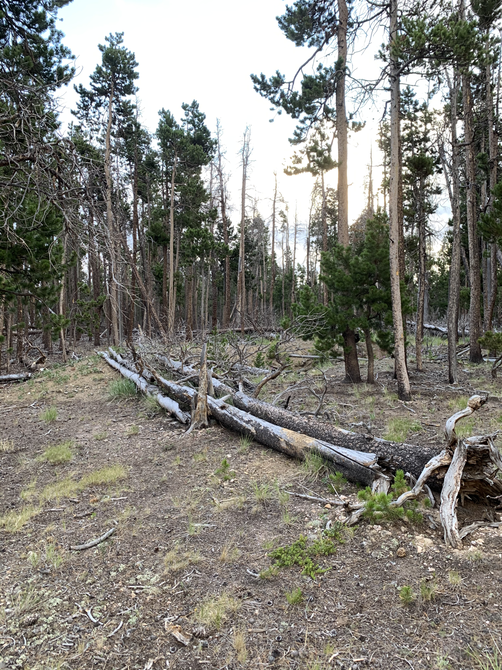 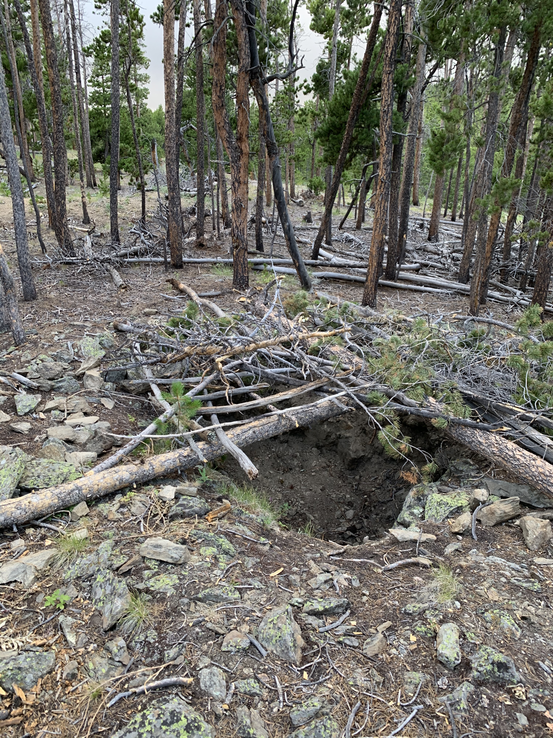 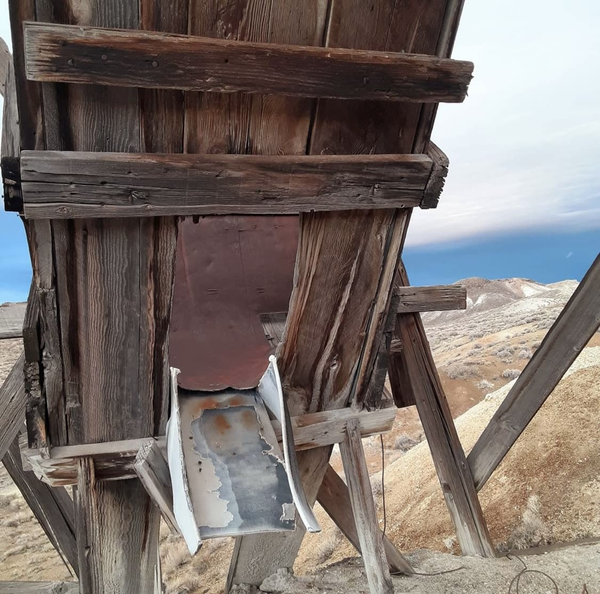 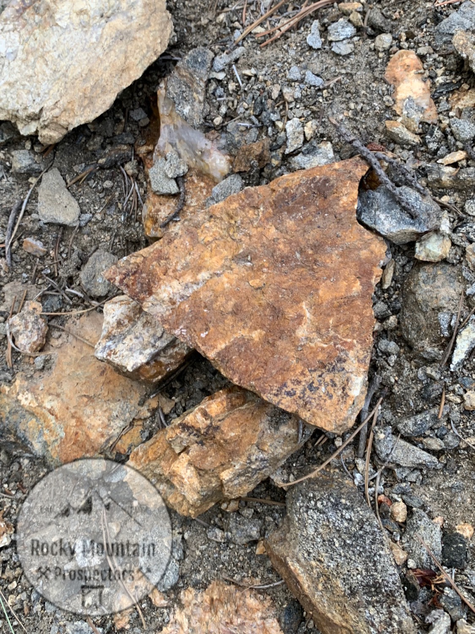 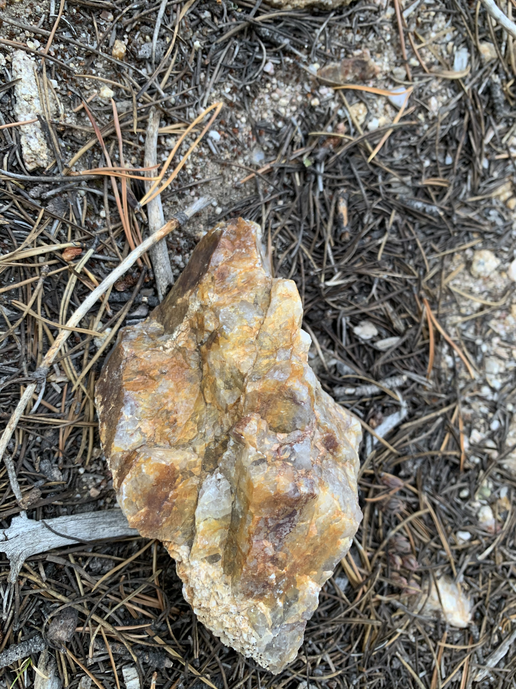 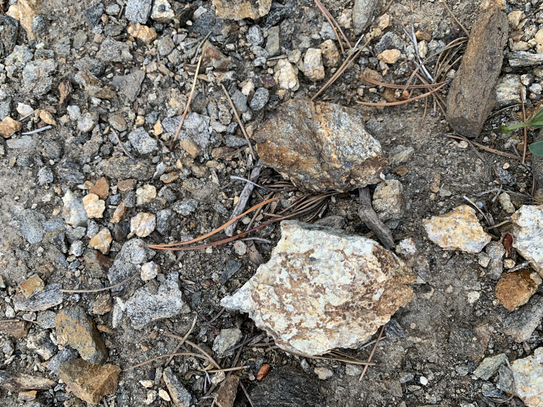 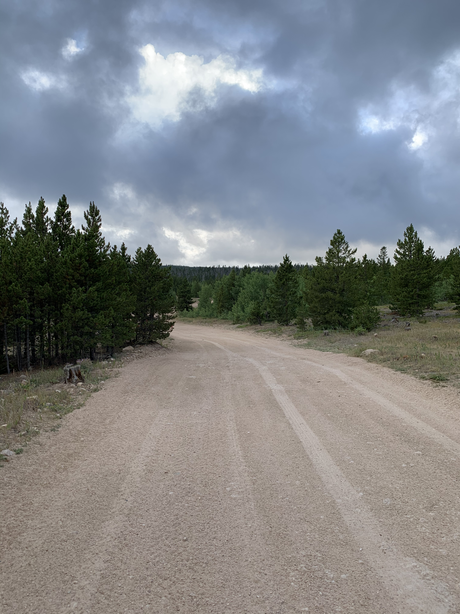 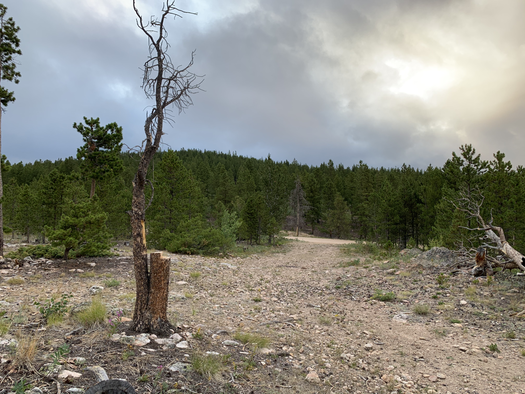 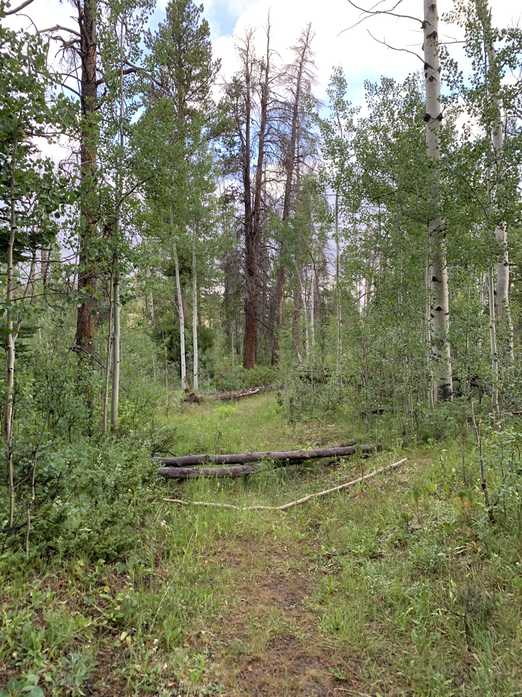 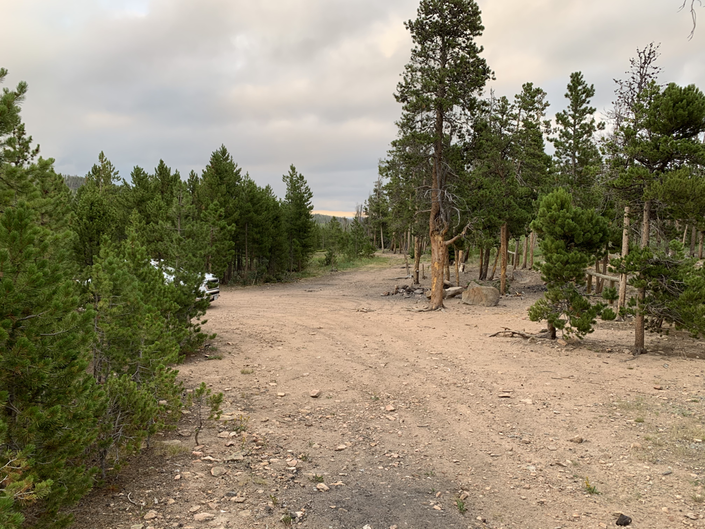 (Old road from the mine area leading to the nearby creek) 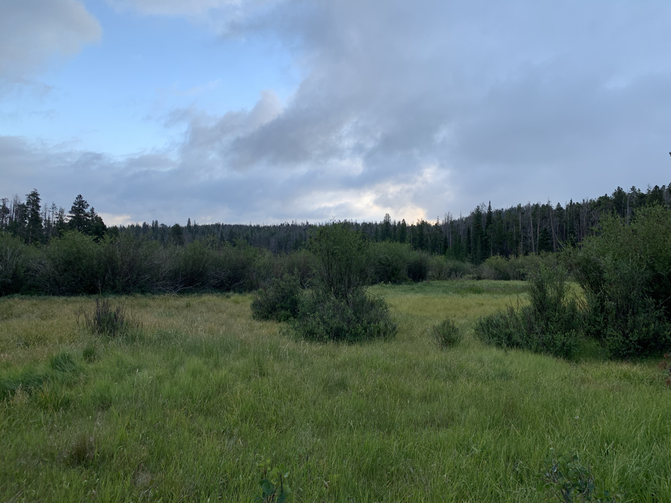 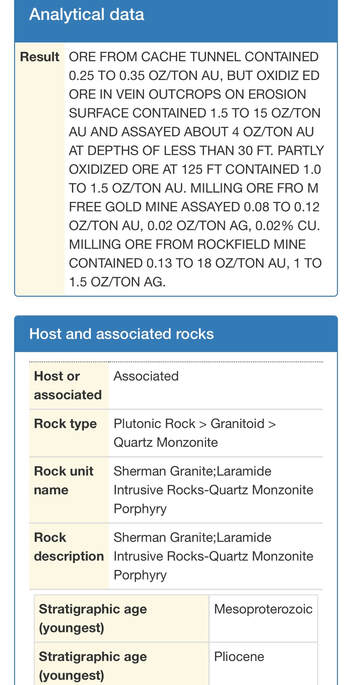 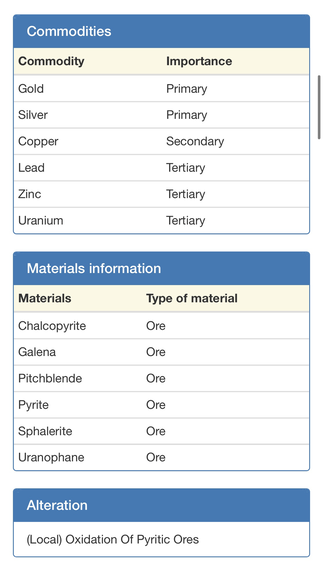 -USGS records
The forgotten Gold district of Manhattan Colorado.
​
During the late 1890’s an optimistic prospector by the name of Zimmerman was determined to find Gold up the Cache la Pourdre canyon.
While the majority of the Gold hungry diggers made there way to famous mining towns such as Idaho Springs, Black Hawk or Denver.
Zimmerman followed what wisdom he could retain from native Indian stories, stories of gold pieces in quartz along the river trails.
As is usually the case with a determined prospector, Zimmerman found that which he searched for.
With a wagon and mules, Zimmerman brought ore specimens from his newly located “Elkhorn Mine” into Fort Collins Colorado. 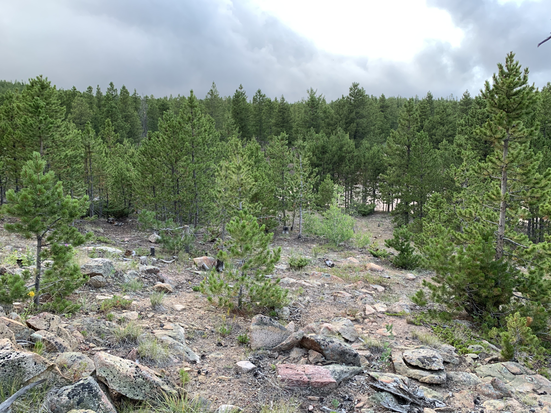 Yearly taxes/fees are maintained by RMP,LLC during financing.

Mining claims are defined as tangible property by law, these historic properties can be mined, sold or transferred at the owners discretion.
Precious metal values will only continue to rise with the heavy demands from the technological and financial sectors.
Gold prices are projected to rise near $1800 per ounce in the final quarter of 2020.
Secure your mineral property today.
“It’s a Gold way to go!”