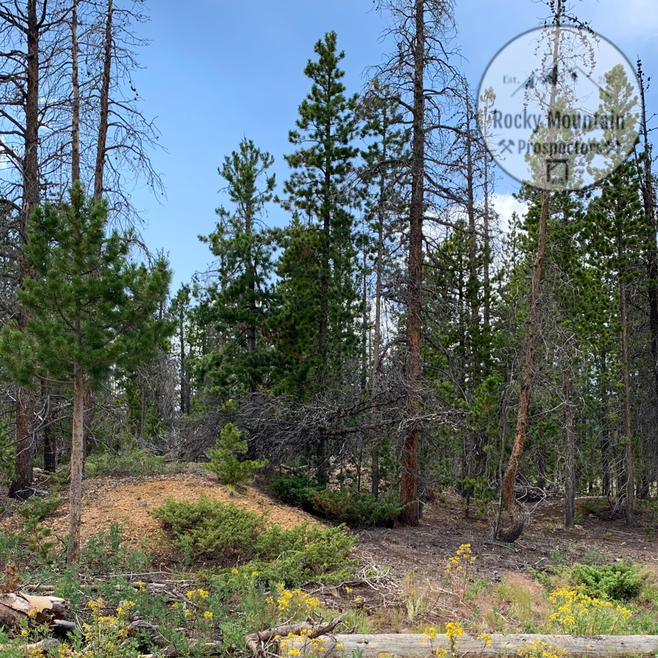 Primary workings consist of a large inclined mine shaft with a substantially sized mine spill pile, a smaller inclined shaft and a prospect cut.
The underground workings are estimated to be a minimum of 500’ in drifting, based upon the significant mine spill.

The mine collar has eroded closed over decades of un-use. Weather, snow and rain have caused the overburden to close shut the entrance.
Several yards of soil and and rock must be removed from the shaft portal for further exploration and sampling.

Heavily mineralized ore is located in an abundance on the primary mine spill.
The left over mid-to high grade material was discarded by the old-timers, while searching for the mother lode veins.
With historically high gold prices of our current age, value can be obtained form the old mine spill, as well as the primary mineral vein.

Access to the claim is by a well maintained dirt road.
High clearance 2wd or and 4x4 vehicle can access with ease.

Featuring large parking and camping areas near the old mine workings. 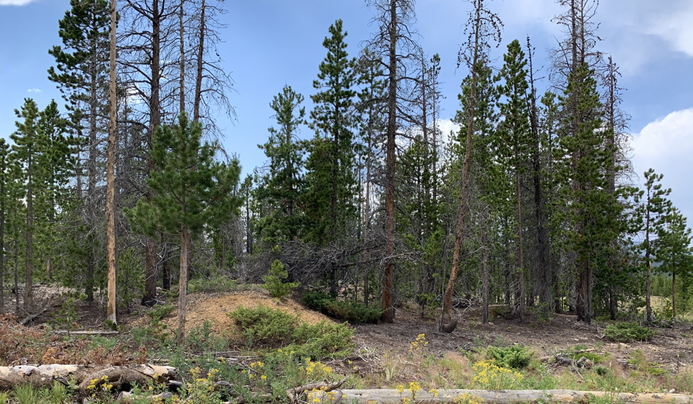 (Front view of the primary mine spill) 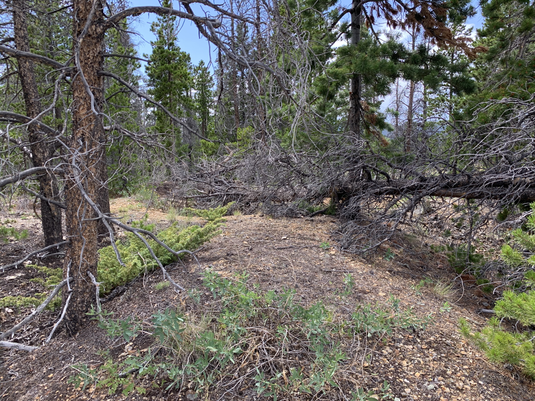 (An old pine tree has fallen over the incline shaft entrance) 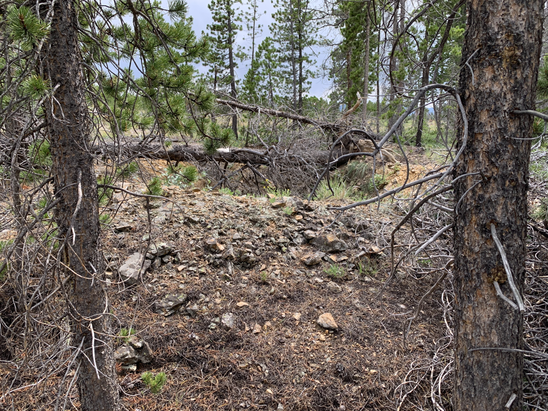 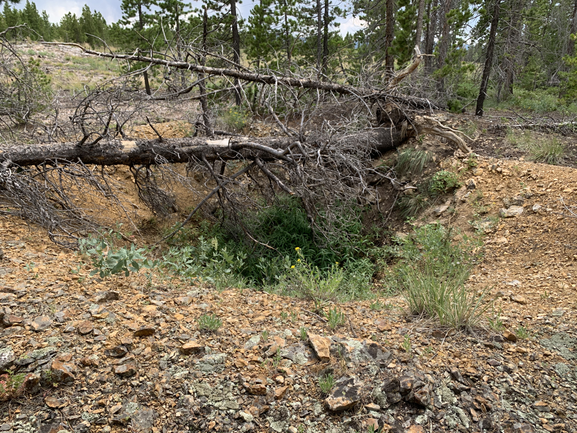 (Workings are estimated at over 500’ of underground drifting.) 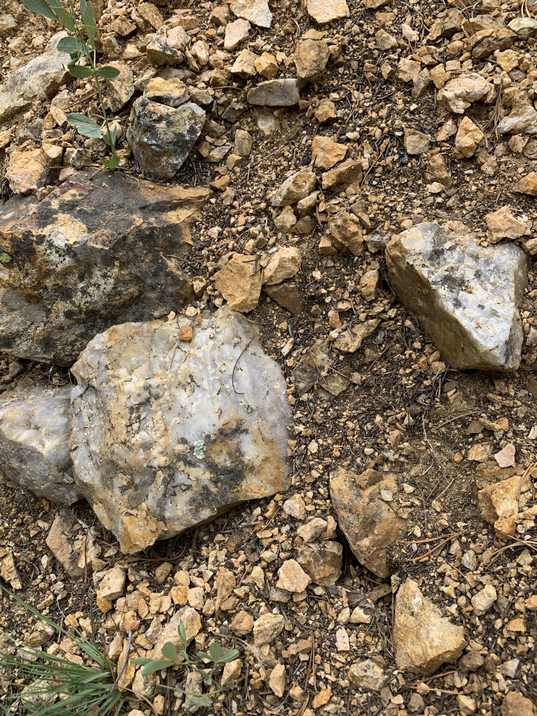 (Mid to high grade mineralized ore is abundant in the mine spill.)
an estimated 280 tons is visible on the surface alone.) 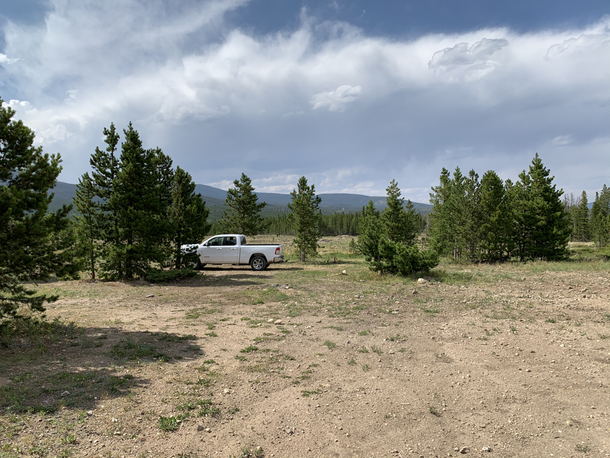 (Large camping and staging area is perfect for parking vehicles or large campers.) 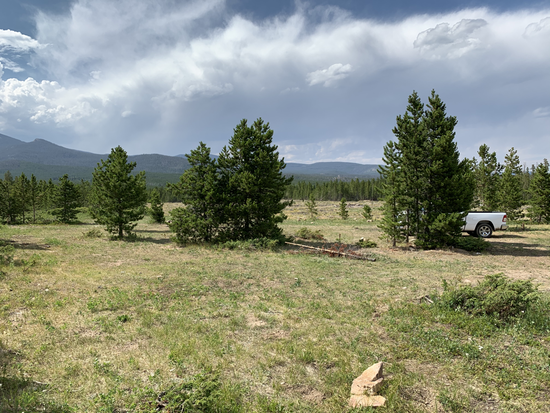 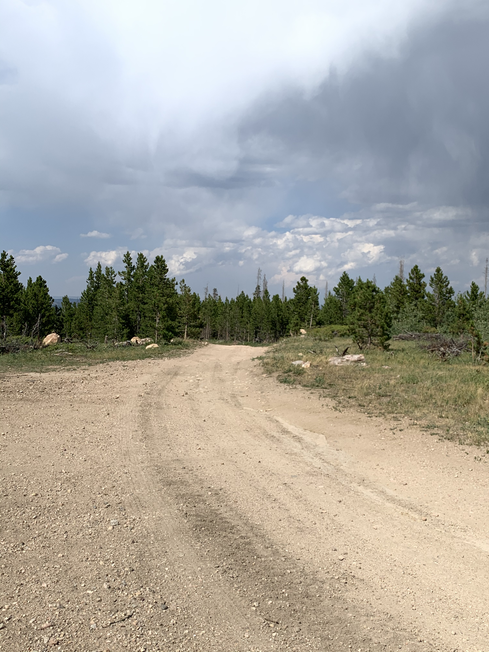 (The primary parking area is adjacent to a well maintained dirt road.) 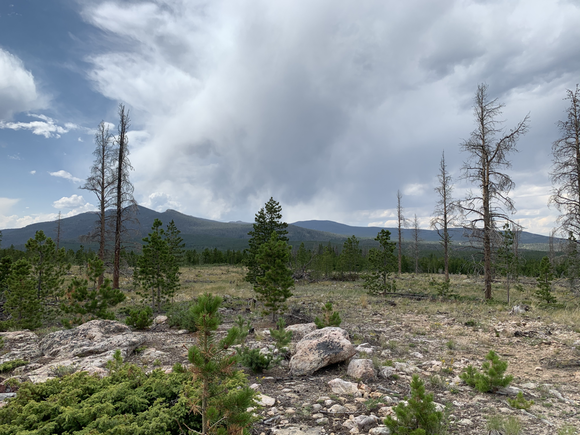 (The 20.66 acre claim is surrounded by stunning Mountain View’s and forest settings.) 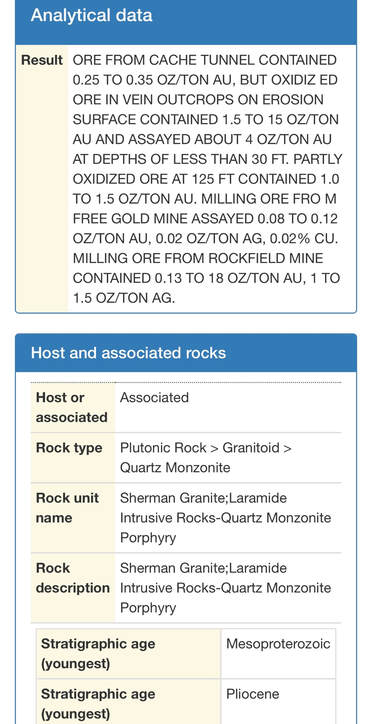 ​The forgotten Gold district of Manhattan Colorado.
​
During the late 1890’s an optimistic prospector by the name of Zimmerman was determined to find Gold up the Cache la Pourdre canyon.
While the majority of the Gold hungry diggers made there way to established mining towns such as Idaho Springs, Black Hawk or Denver.
Zimmerman followed what wisdom he could retain from native Indian stories, stories of gold pieces in quartz along the river trails.
As is usually the case with a determined prospector, Zimmerman found that which he searched for.
With a wagon and mules, Zimmerman brought ore specimens from his newly located “Elkhorn Mine” into Fort Collins Colorado.

​Camping is permitted up to 14 consecutive days with out additional notices.
Yearly taxes/fees are maintained by RMP,LLC during financing.

Mining claims are defined as tangible property by law, these historic properties can be mined, sold or transferred at the owners discretion.
Precious metal values will only continue to rise with the heavy demands from the technological and financial sectors.
Gold prices are projected to rise near $2500 per ounce in the final quarter of 2020.
Secure your mineral property today.
“It’s a Gold way to go!”