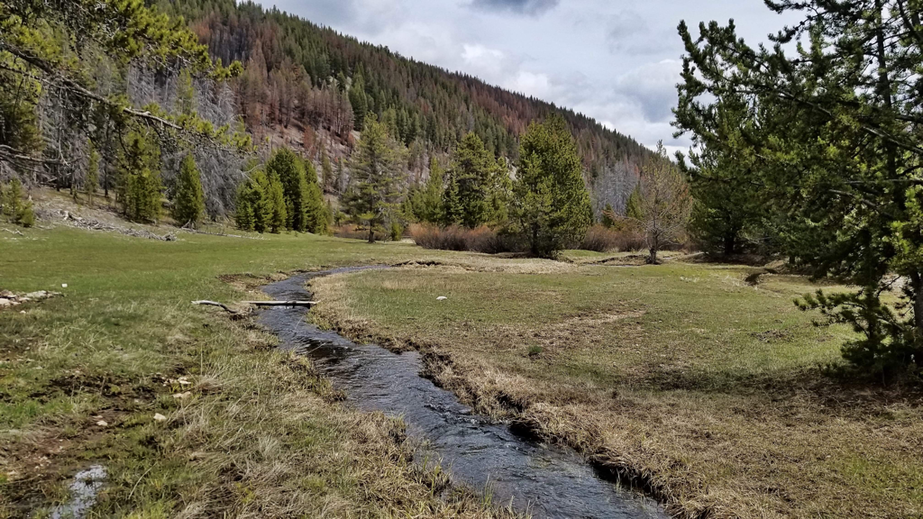 Originally located in 1898, the Gold deposits on Cow creek were mined from the Gravel bars, upper bench deposits, and bedrock outcroppings.
The district experienced brief work during the 1920s -through the beginning of the second world war.  The district experienced a brief revival in the early 1980s, with placer operations on the nearby "Ward Dredge" and the "Gold Dust" sluicing operation further north.

Workings of the Golden Calf consist of shallow pits and hand-dug trenches alongside the creek edge, production consisted of small rocker boxes and sluicing operations in the 1920s.
Local Gold is in the form of course flakes and fine dust, as eroded from the nearby lode outcroppings on the state divide. Larger nugget-sized Gold had been reported from past operations in the area.
The Golden Calf features an excellent opportunity for the smaller scale mining operation to utilize modern equipment for exponential Gold yields.


A large parking and staging area is located adjacent to the Creekside workings, near the shade of the pine forest.
Suitable for any vehicle type, with level areas available for campers.

Available to the beginning enthusiast up to an established mining company. 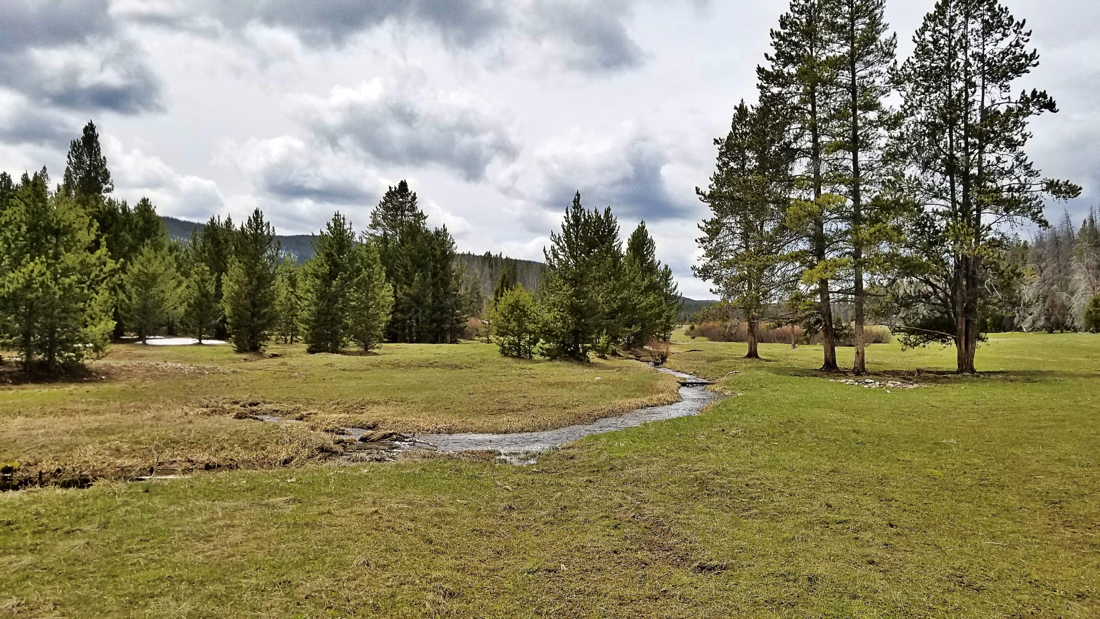 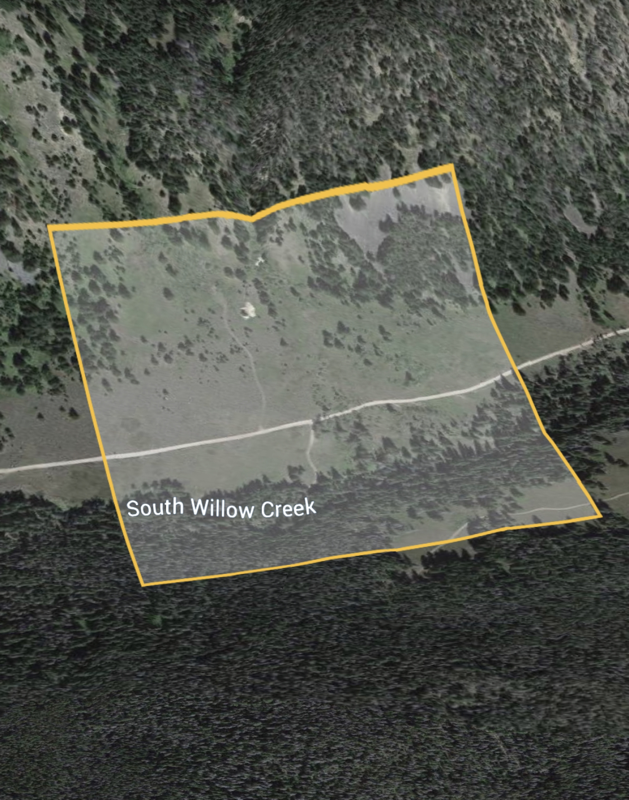 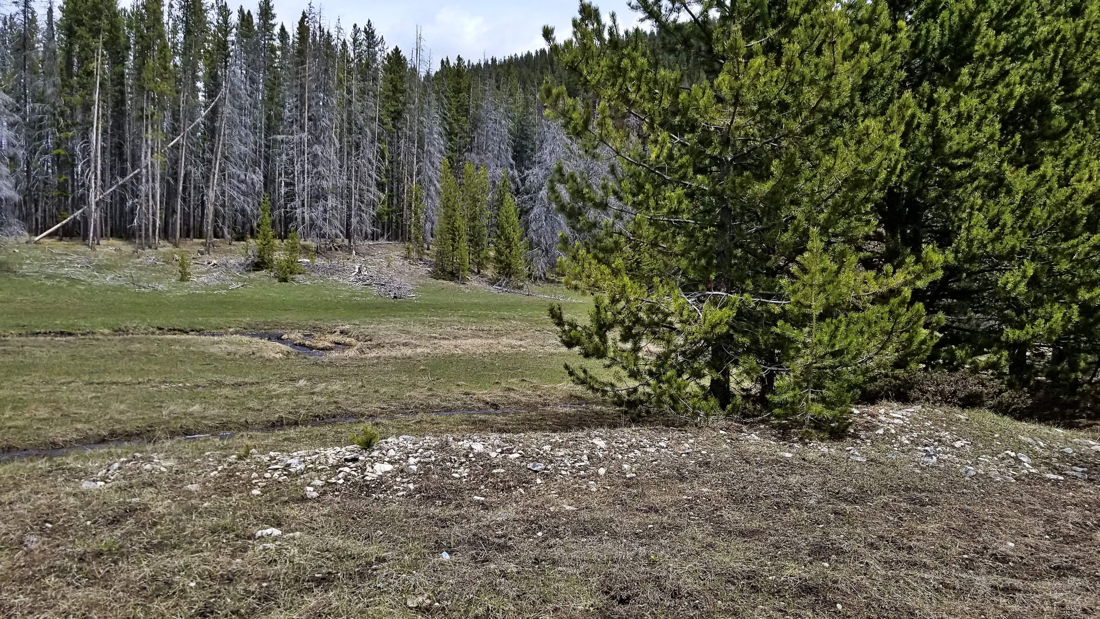 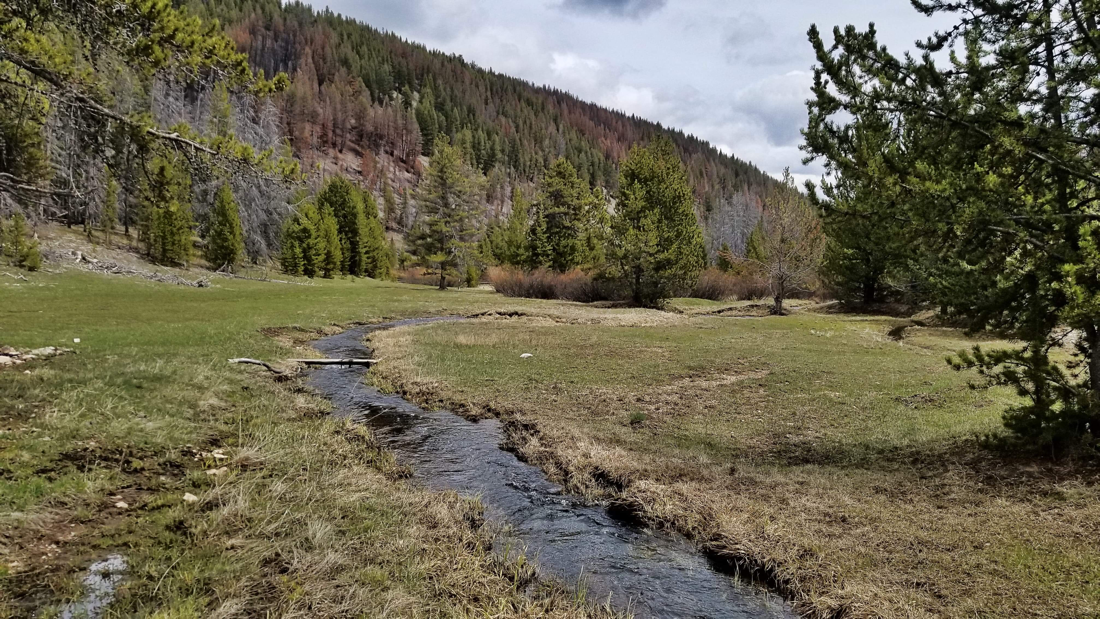 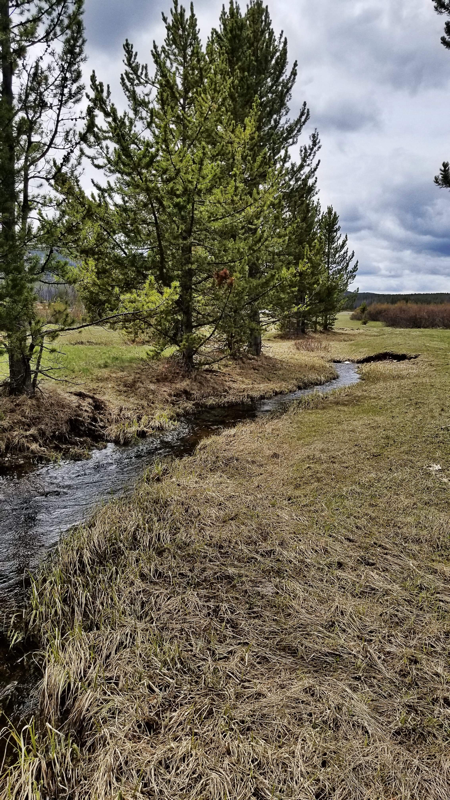 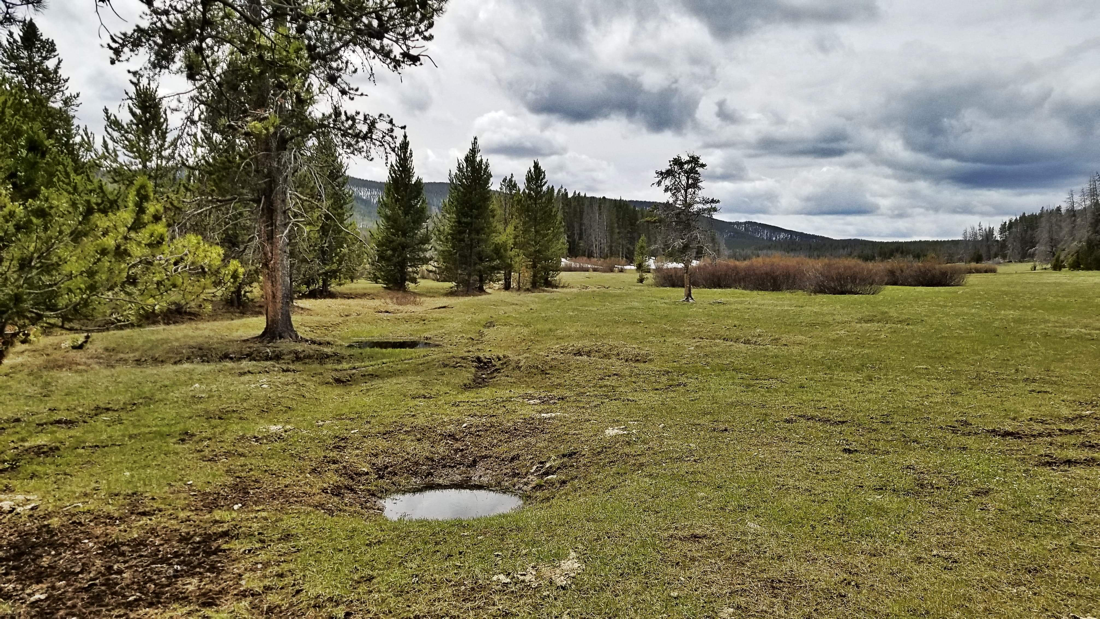 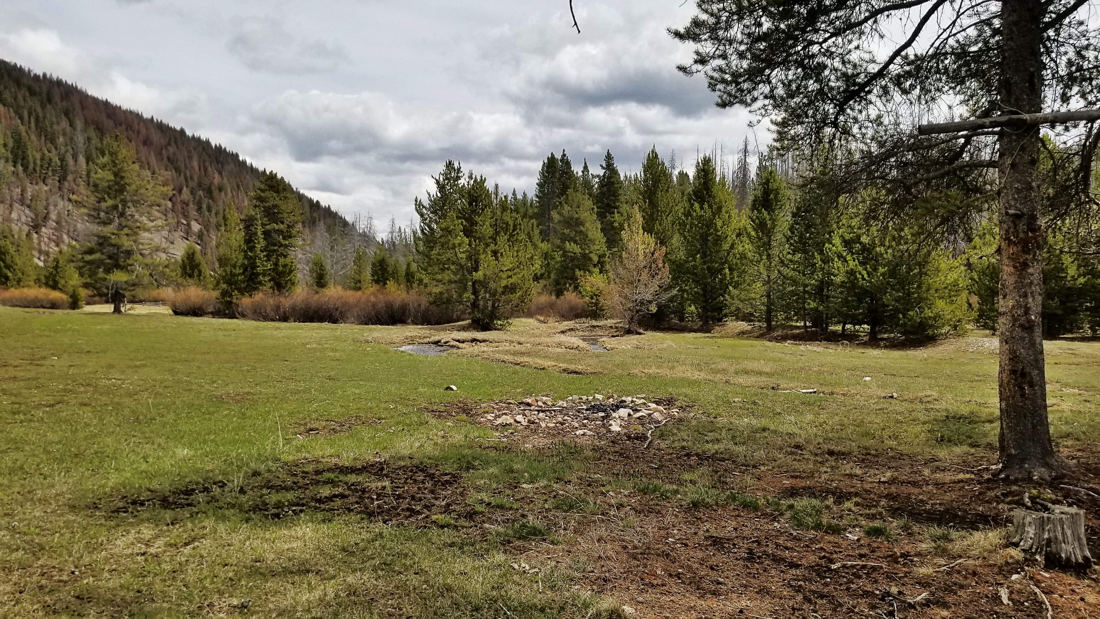 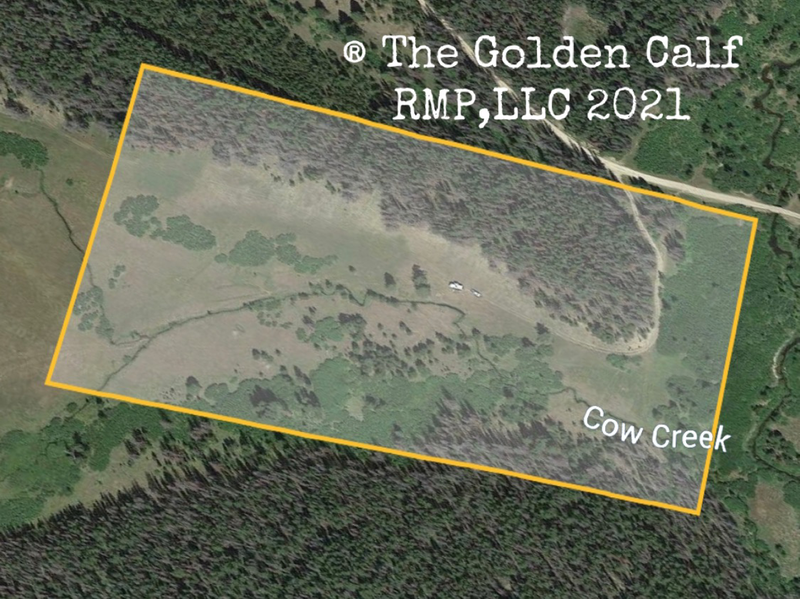