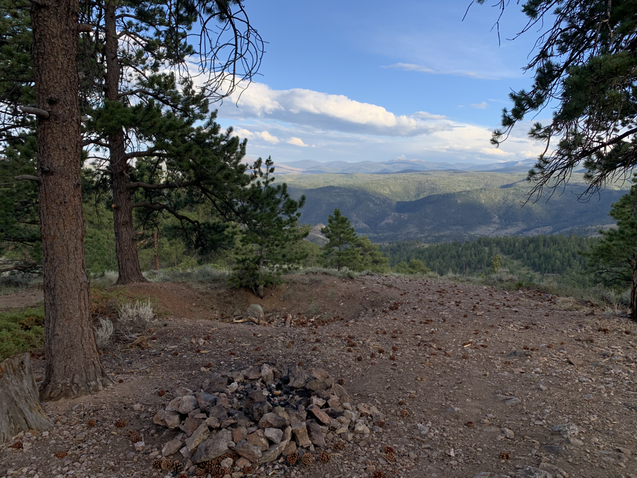 
The primary mine workings consist of two incline drift shafts driven at about 50 degrees into a highly mineralized quartz outcropping.
The drifts appear to extend nearly 300’ into the mountain side based upon the primary mine dump.

Primary and secondary mine spills are available near the shaft portals.
An estimated 2500 tons of visible ore dump is available on the property.
Ore material is heavily mineralized Quartz with auriferous pyrites, Galena and trace base metals.

Overburden and backfill requires removal, in addition to new timbering of the shaft portals for further exploration and sampling of the underground workings.

Maintained dirt roads provide excellent access to this site.
Dual parking and camping areas are available for multiple vehicles or campers.
The secluded area is located within a fifteen minute drive of Red Feather lakes, Colorado and 1 hour from Ft. Collins, Colorado. 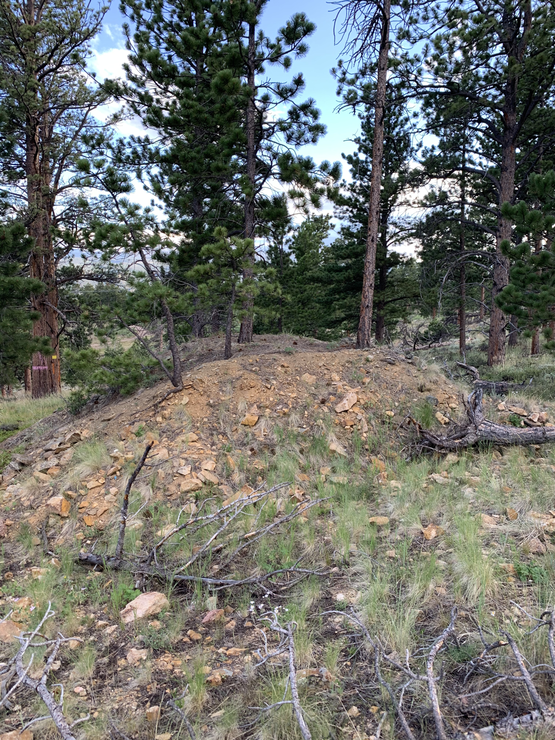 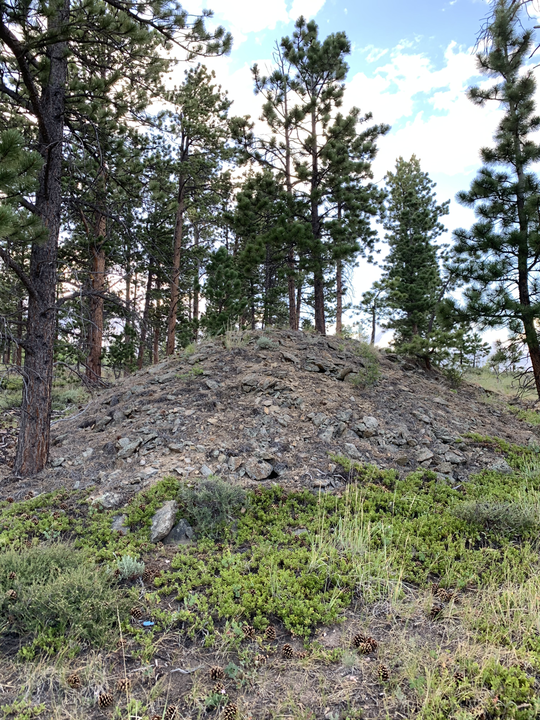 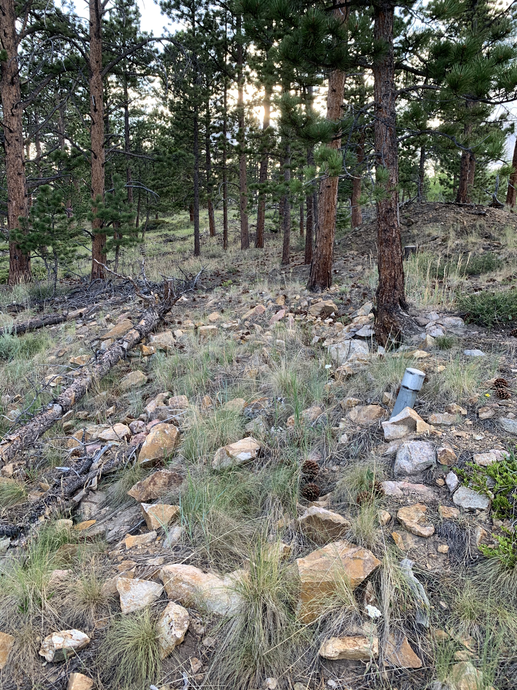 (The primary incline shaft portal rests under several yards of overburden, after rock/soil removal the mine would be accessible for the first time in many years.) 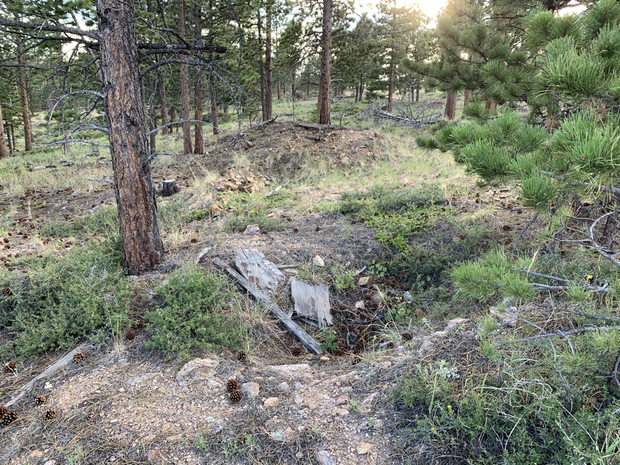 (The secondary shaft is slightly smaller with old head-frame timbers strewn about. 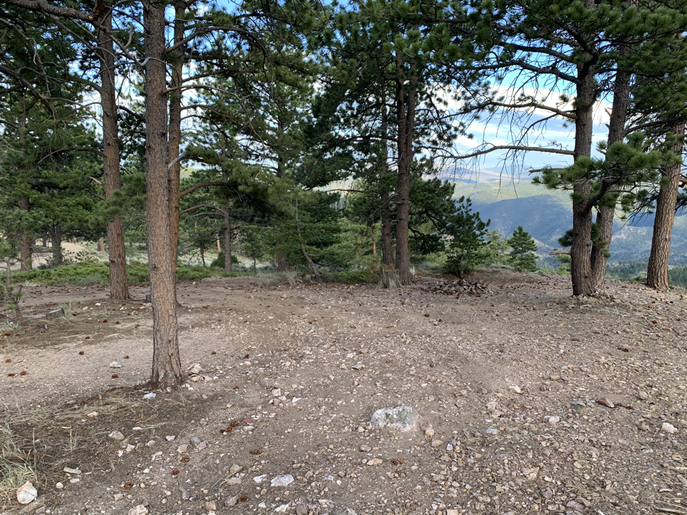 (The overlook parking location on the east portion of the property. 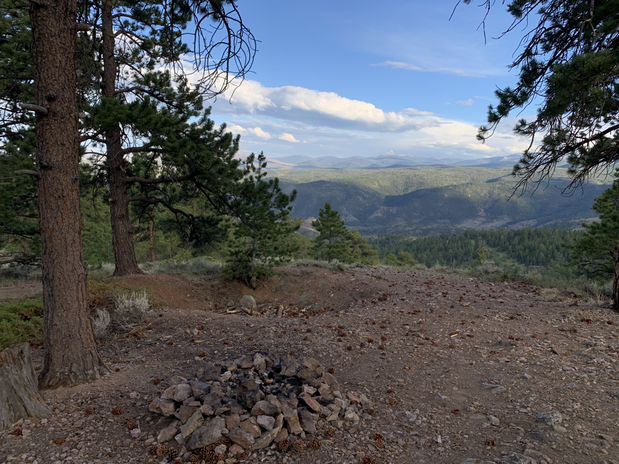 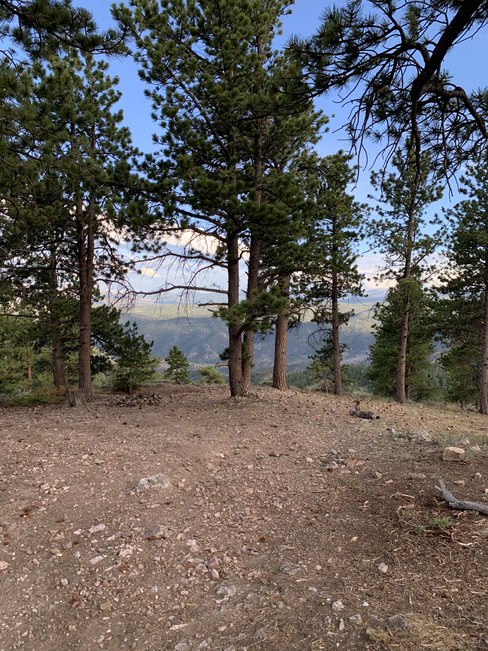 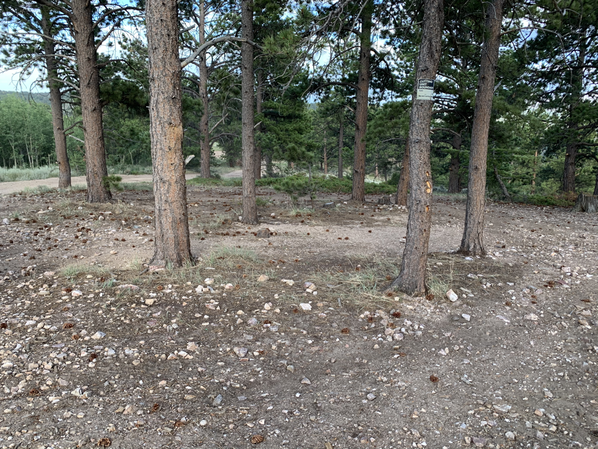 (Open area for parking on the overlook site) 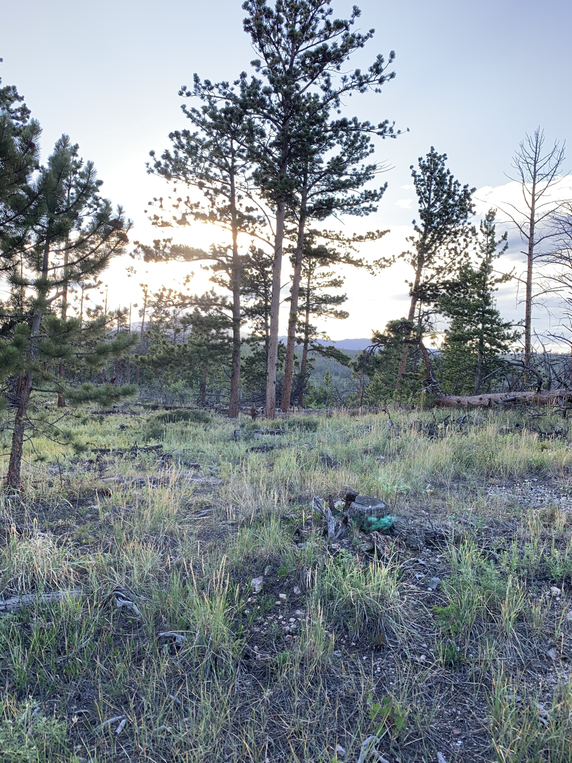 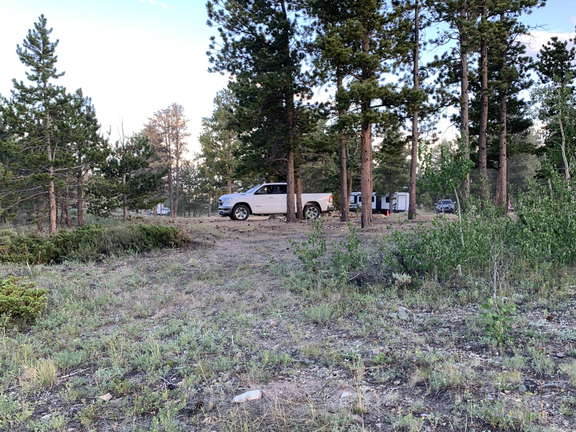 ​The forgotten Gold district of Manhattan Colorado.
​
During the late 1890’s an optimistic prospector by the name of Zimmerman was determined to find Gold up the Cache la Pourdre canyon.
While the majority of the Gold hungry diggers made there way to famous mining towns such as Idaho Springs, Black Hawk or Denver.
Zimmerman followed what wisdom he could retain from native Indian stories, stories of gold pieces in quartz along the river trails.
As is usually the case with a determined prospector, Zimmerman found that which he searched for.
With a wagon and mules, Zimmerman brought ore specimens from his newly located “Elkhorn Mine” into Fort Collins Colorado.

​Camping is permitted up to 14 consecutive days with out additional notices.
Yearly taxes/fees are maintained by RMP,LLC during financing.