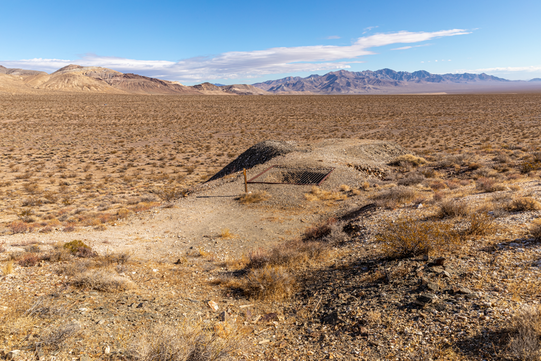 The Bullfrog Mine
(Lode)
(20.66 acres)
Nye County, Nevada
$17,500
Now Available!
•Commodities: Gold, Silver,Copper
• Claim designation: un-patented lode
• Size: 20.66 acres
• Location: Clark county, Nevada
​•Financing available with $950 down and monthly payments of $155
​Big Bullfrog Mining Company – Located south of the Original Bullfrog Mine, the Big Bullfrog was started in August 1904 when Montillus “Old Man” Beatty, a local small-time dry rancher for whom the town of Beatty was named, located the Mammoth claim.
Beatty soon sold out to a group of San Francisco financiers, who incorporated the Big Bullfrog Mining Company in 1905. Though the company owned just the one claim, they formed the usual organization, with 1,000,000 shares of stock and development began. By the end of the year, it boasted a 16-horsepower hoisting engine and a 2-horsepower blower engine for the ventilation of its 120-foot shaft. The company was described as “exhibiting good ore” in a Rhyolite newspaper.
Developments continued on an optimistic level in early 1906, as the company succeeded in finding some ore which assayed as high as $180 per ton. In March the company announced that it had uncovered a body ore worth $14 a ton and excitement mounted, as it was enough to make the Big Bullfrog a paying proposition. However, the very next month the earthquake in San Francisco, California occurred and the superintendent halted work at the mine.
Located in the historic Crescent mining district of Clark county Nevada.
The primary workings consist of a vertical shaft driven over 100 feet down into a highly mineralized epithermal outcropping.
Levels 1 and two are located at the 125 and 200 foot levels.
East and west drifts are present on each level.

​Now covered with a temporary removable gate, the old shaft collar used to have a large wooden head frame.
The head frame would have been connected to a cable system, pulling ore carts up to aid in mining and mucking out the drifts.
​ The primary shaft is in need of new timbers and structural rehabilitation for further exploration.
Primary mine spill is estimated at over 800 yards of heavily mineralized material. As there was no known mill on site, the ore removed would have been primarily high grade material, with lower grades discarded.

A small adit style mine prospect is located north east of the main shaft on the hillside, driven 75 feet into the upper cap of the hillside outcropping. Small disseminated quartz veins run down the face of the adit and into the drift. A small mine spill estimated at 7-to-10 yards is present under the old adit.

A perfect mine for the beginning enthusiast with excellent mineral potential and easy access underground workings.
Use of modern tools such as metal detectors and dry washers would aid in precious mineral recovery.

This amazing location is workable all year, with very mild winters.
Featuring excellent access by an old dirt mine road, suitable for most 2wd or any 4x4 vehicles.
The secluded location is within 45 minutes of the small town of Searchlight, Nevada and within two hours of Las Vegas,Nevada. 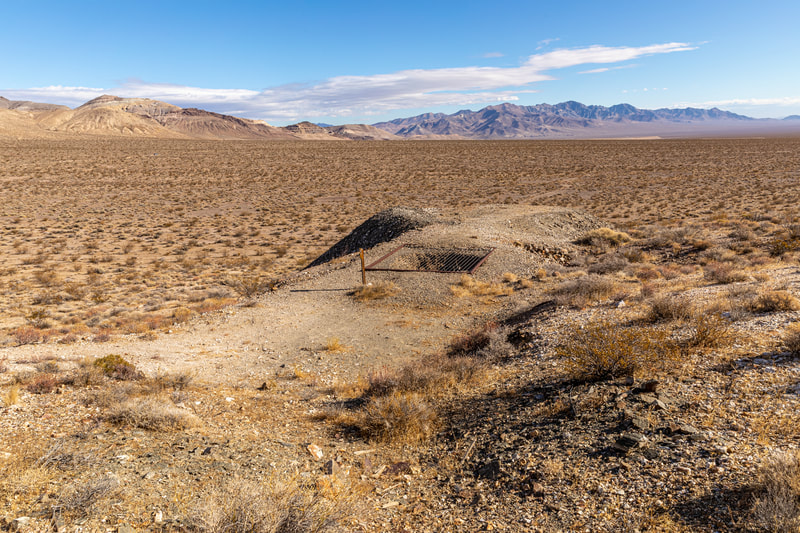 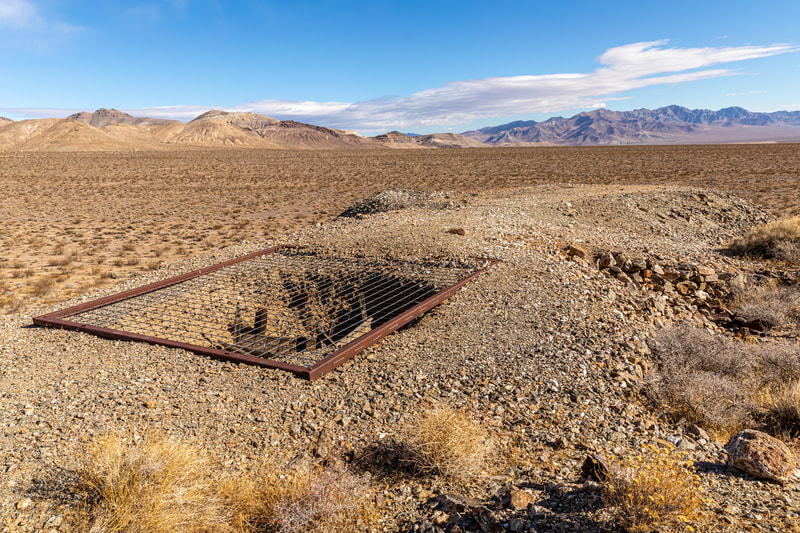 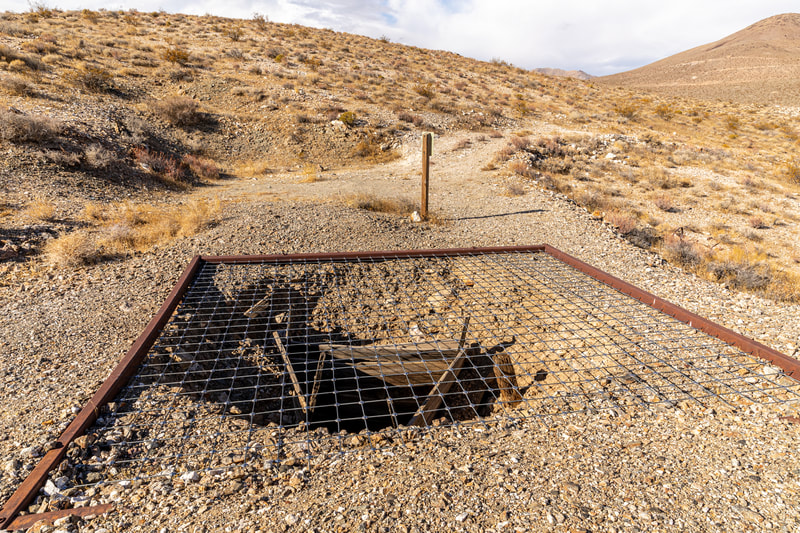 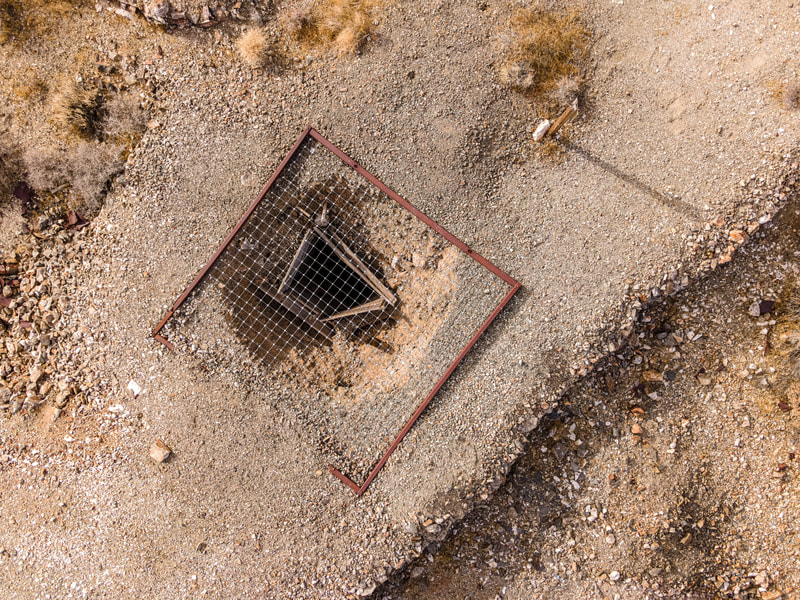 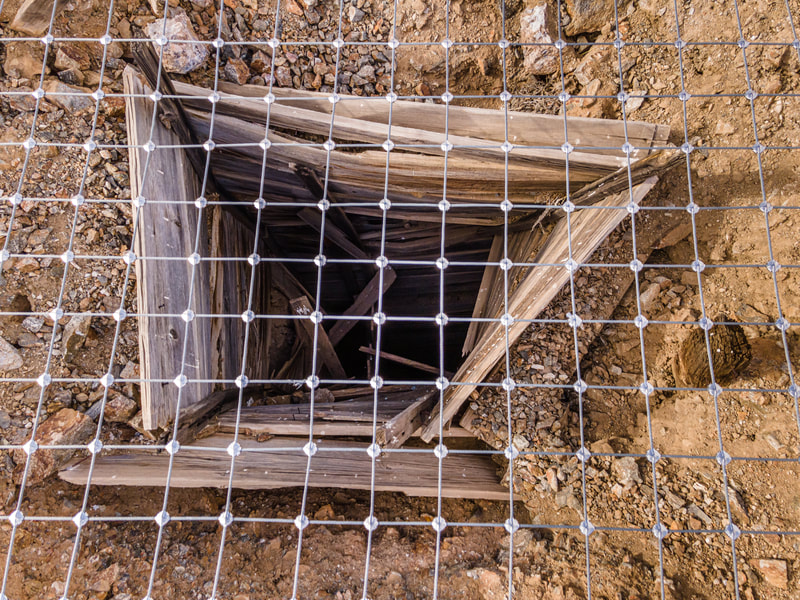 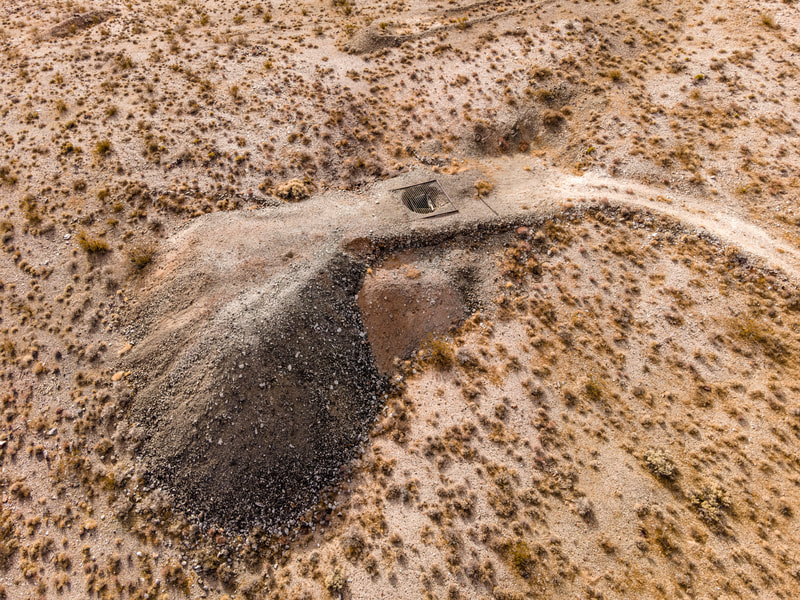 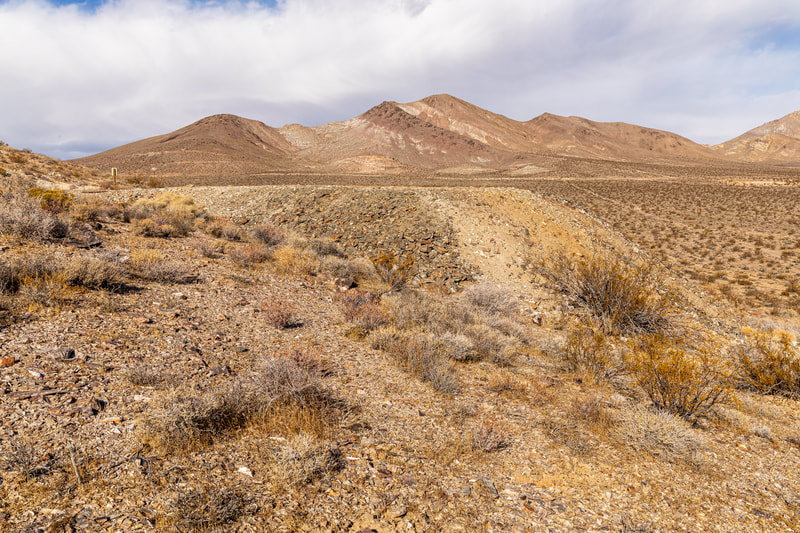 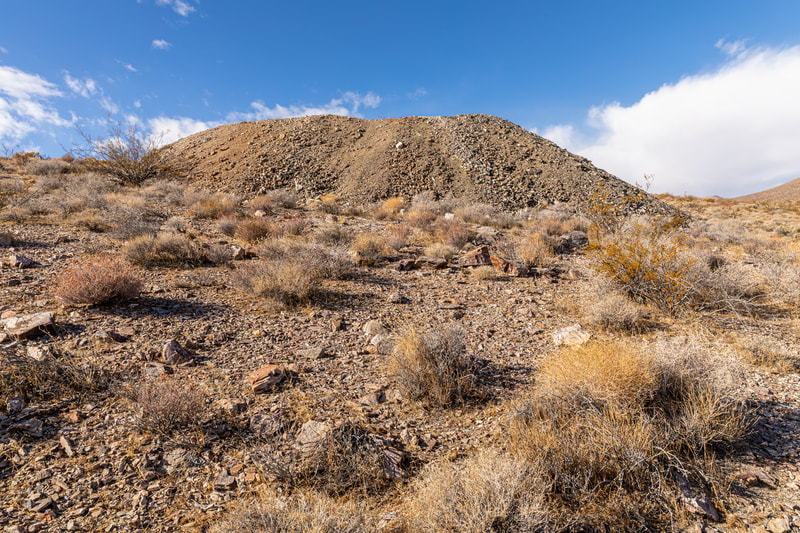 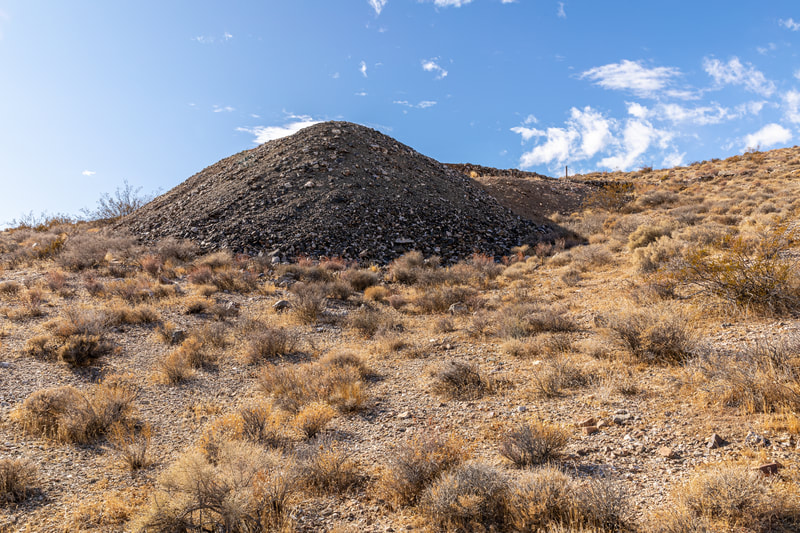 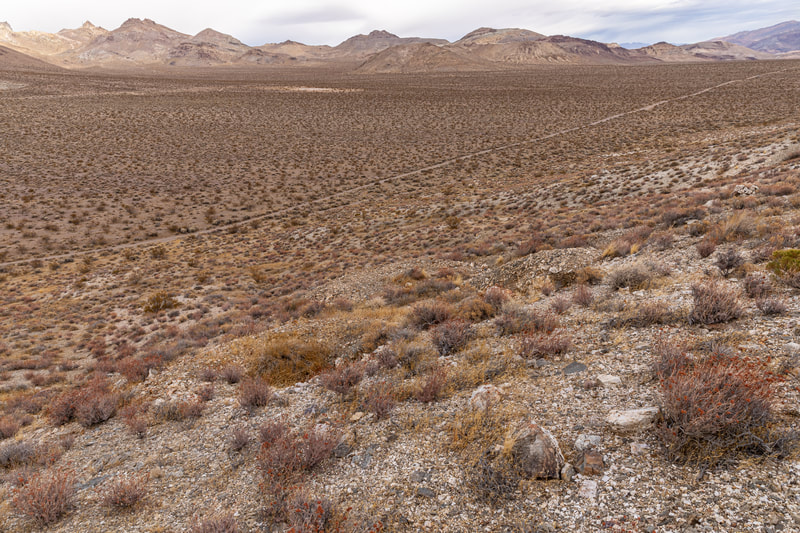 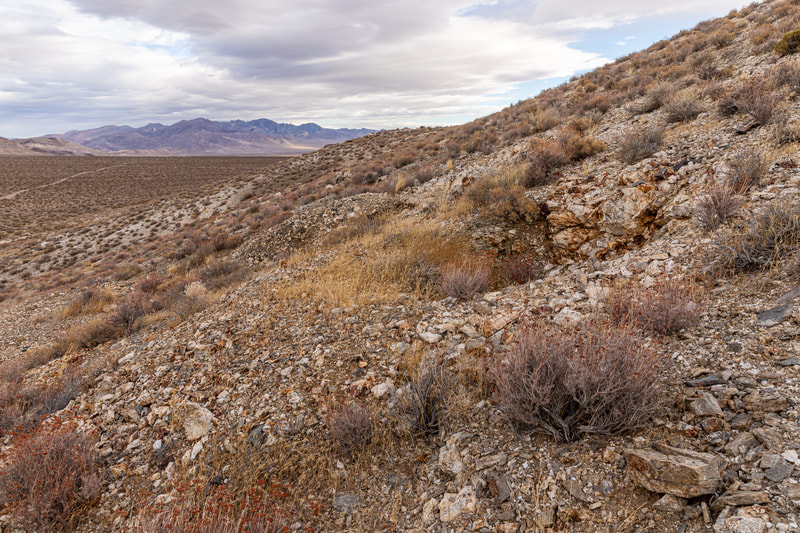 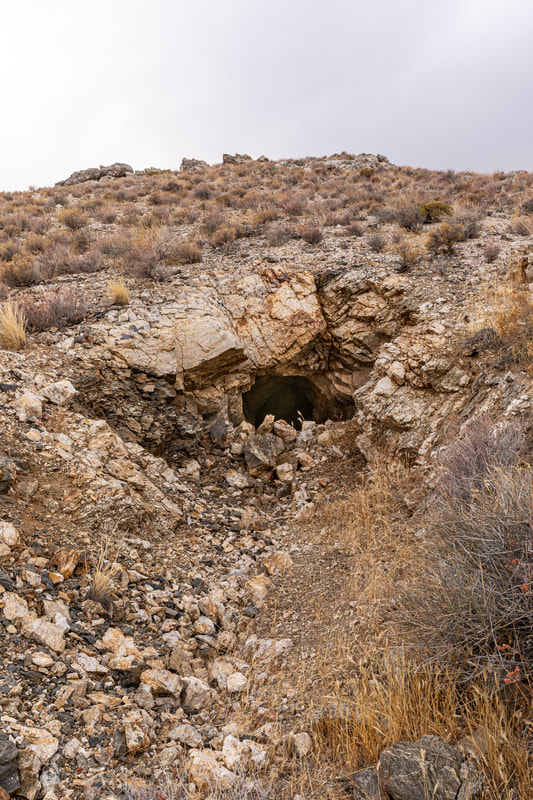 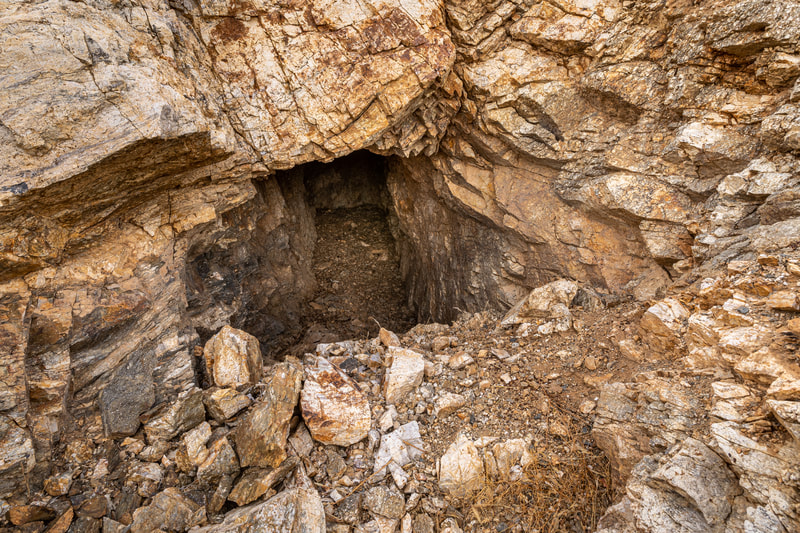 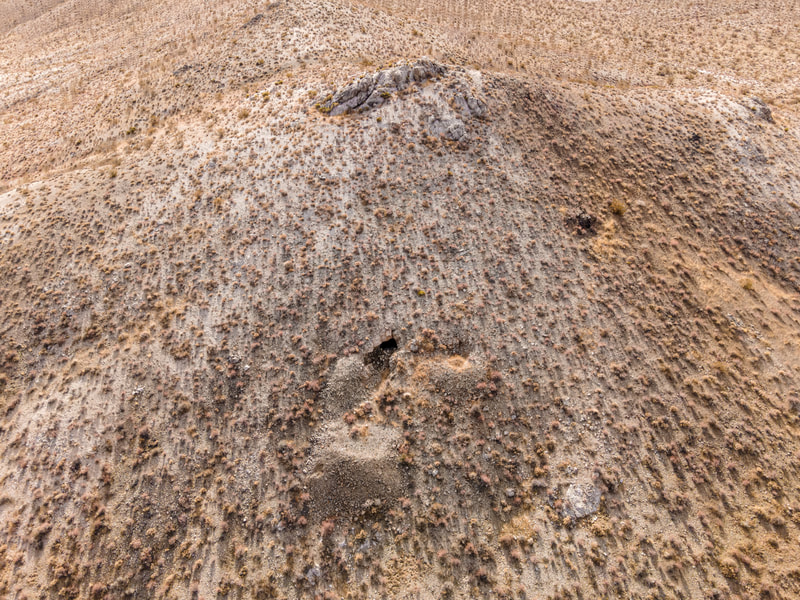 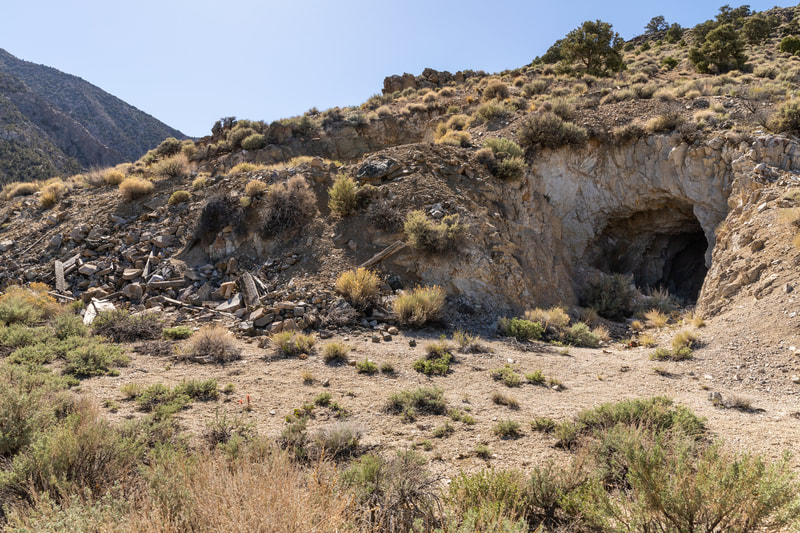 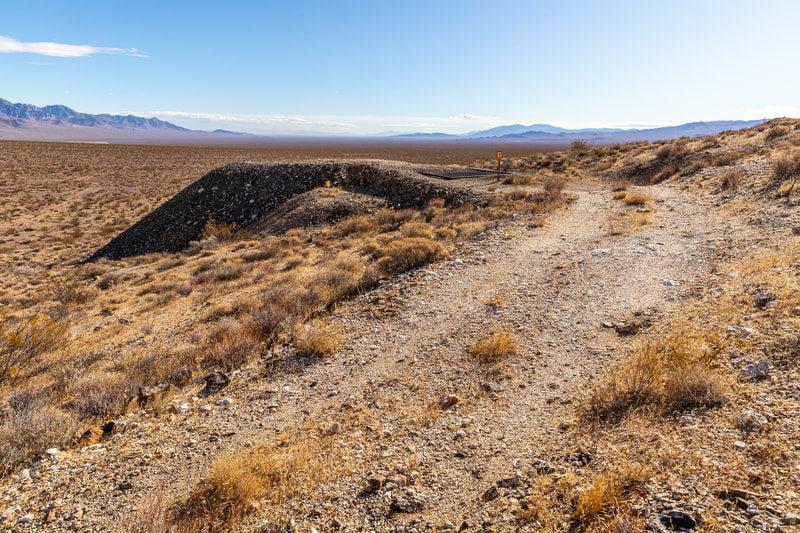 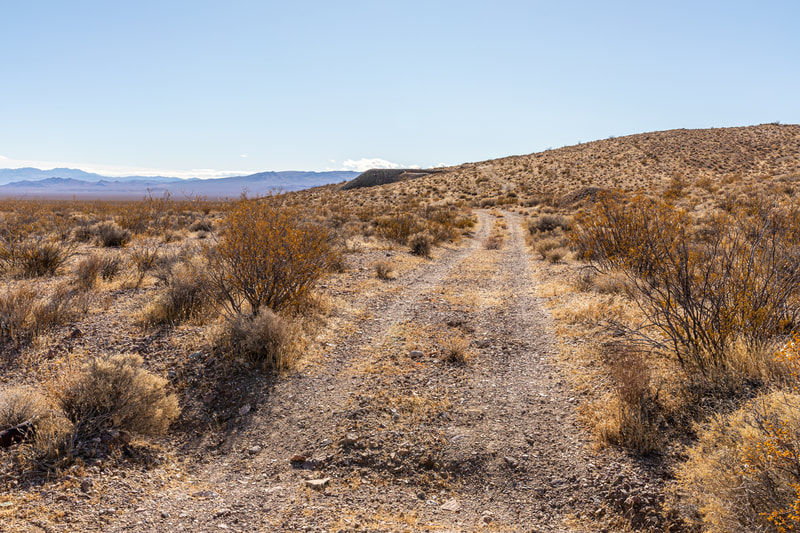 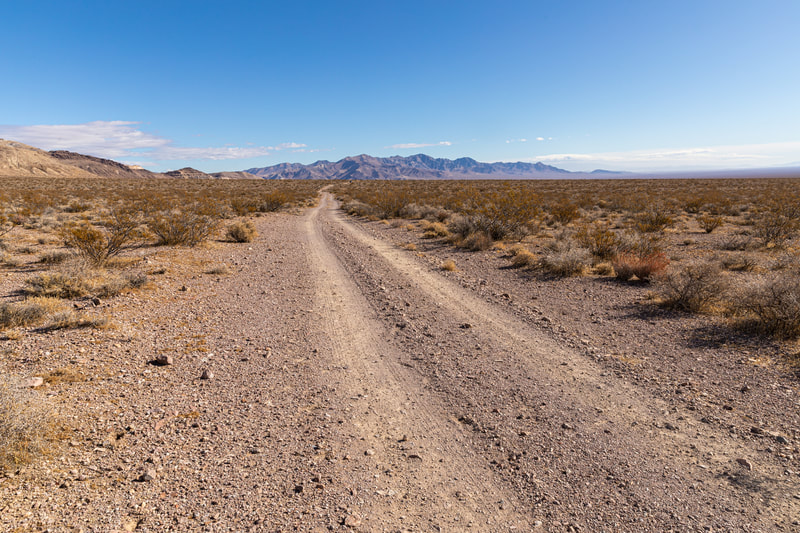 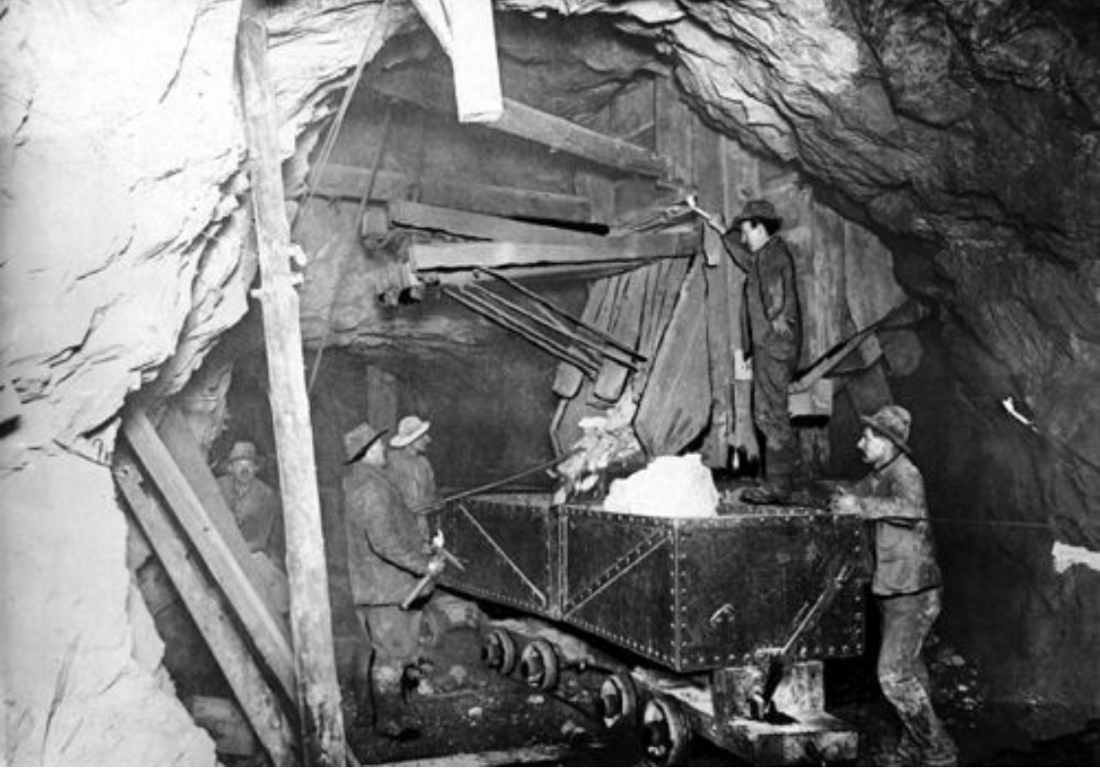 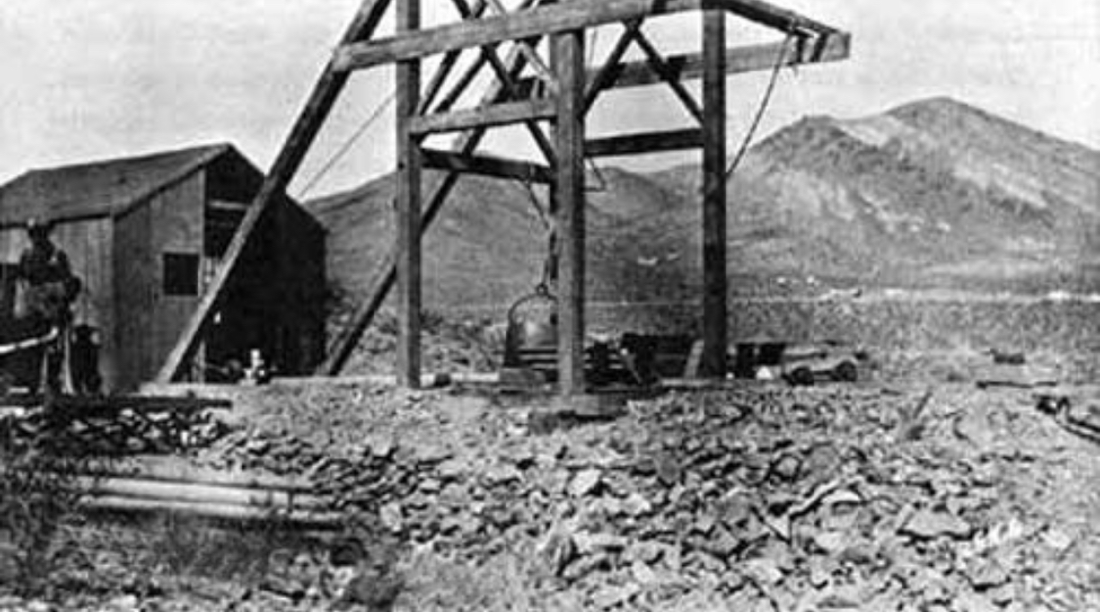