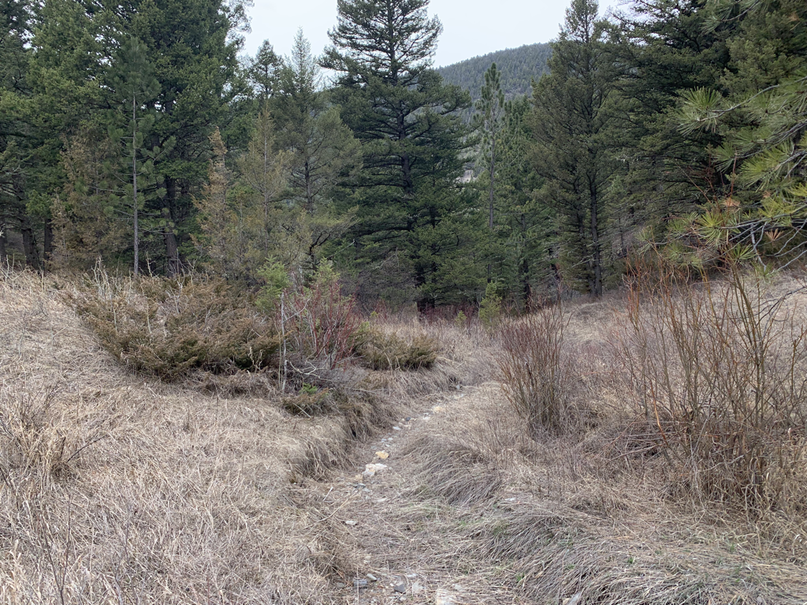 ​ The Confederate Gulch mining district contains a portion of the richest placer ground in Montana and lies on the western slope of the Big Belt Mountains between Helena and Townsend east of the Missouri River (now Canyon Ferry Reservoir).
A rush followed the initial discovery of gold late in 1864, swelling the population of the Confederate Gulch to 10,000 at the peak. During the boom, miners worked placer claims on the upper stretch of Confederate Gulch and its tributaries, especially Boulder Creek, Montana Gulch, and Cement Gulch.

Discovery of the sensationally rich Montana Bar the following year—one of the richest placer strikes per acre ever made led to other rich gold strikes up and down the gulch, and touched off a frantic boom period of placer gold mining in the area that extended through 1869.
​ From 1866 to 1869, the gulch equaled or outstripped all other mining camps in the Montana Territory in gold production, producing an estimated $19–30 million worth of gold (at the Gold price of $20.67 per ounce in 1860 )

Secondary Gold resources are available in the initial 7" inches of creek bed gravel, as well as greater concentrations located on bedrock.

Water is seasonal drainage from upper elevation snowmelt and is available in moderate quantities between March and late May.
During the warmer months, the Blacktail is the perfect location for a dry washing and metal detecting operation, with a vast majority of Gold untouched due to the water availability of past Gold rushes. Today the dustless dry washing technology boasts over a 95% capture rate of fine Gold in dry gravels.

Gold consists of large course pieces, nuggets, and fine dust as eroded from the local lode veins.
RMP geologists located exquisite free-milling Gold specimens during the initial survey of the creek beds.
Estimated Gold values range from: 0.25-to 3.10 grams per yard in the initial pay layer, with greater values estimated on bedrock.
A large secluded camping and staging area is located adjacent to the creek-bed workings. Level area is suitable for a camper and multiple vehicles.

History:
Diamond City provided supplies and entertainment for miners and served as the first seat of Meagher County. The Confederate Gulch district continued to produce gold, through both lode mining and dredging, at least into the late 1940s
Jack Thompson, Washington Baker, Fountain M. Dennis, and John Wells are credited with the initial discovery of gold along Confederate Gulch late in the fall of 1864. Word leaked out and the three men were soon joined by 500 more in the upstart settlement of Diamond City.

Geology: Confederate Gulch is considered its own unique mining district. The district includes the length of the gulch along with the upper tributaries of Boulder Creek, Montana Gulch, and Cement Gulch.
The principal rocks underlying the placer gold deposits of the Confederate Gulch district are the shales of the Spokane and Greyson formations, as well as limestones of the Newland formation. These are cut by diorite and quartz diorite dikes, stocks, and sills. Narrow quartz veins, found along with fractures in the diorite and along bedding planes in the shale, contain most of the high-grade gold ore. Ore values decrease with depth, and few mines have been developed deeper than 150 feet (46 m). In addition to the quartz veins in the shales, the diorite contains "low-grade mineralized shear zones".

The rich placer gravels of the drainages were deposited during the interglacial stages of the Pleistocene epoch. Confirmation of the concentration of the placer gold deposits in relatively recent times is indicated by the bones of mastodons and elephants that were dug out of the gravel.

This diamond in the rough is one of the only available Gold producers in the Confederate Gulch district.
Available to the beginning enthusiast, up to an established mining company searching for large profit returns. 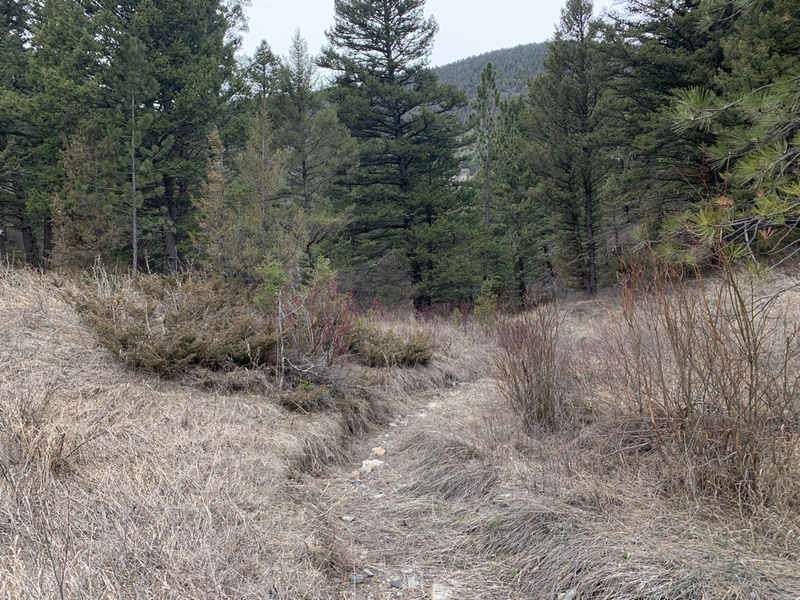 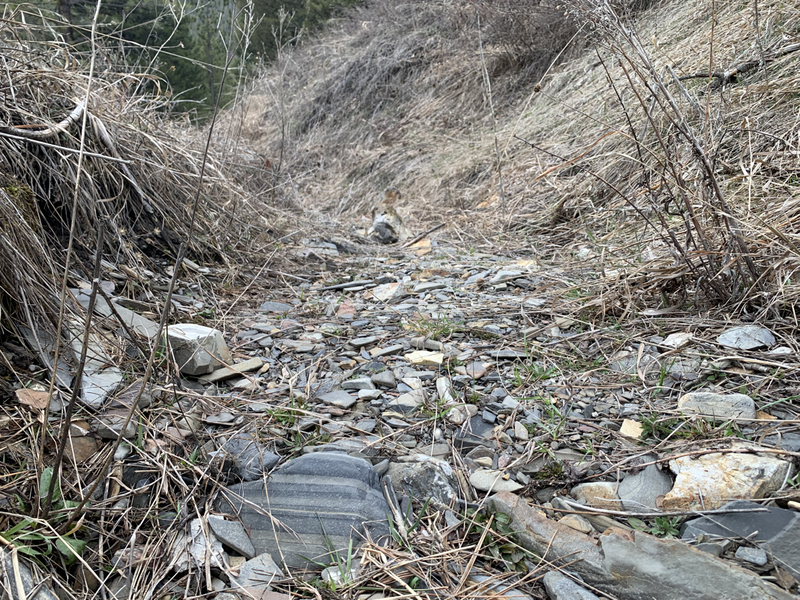 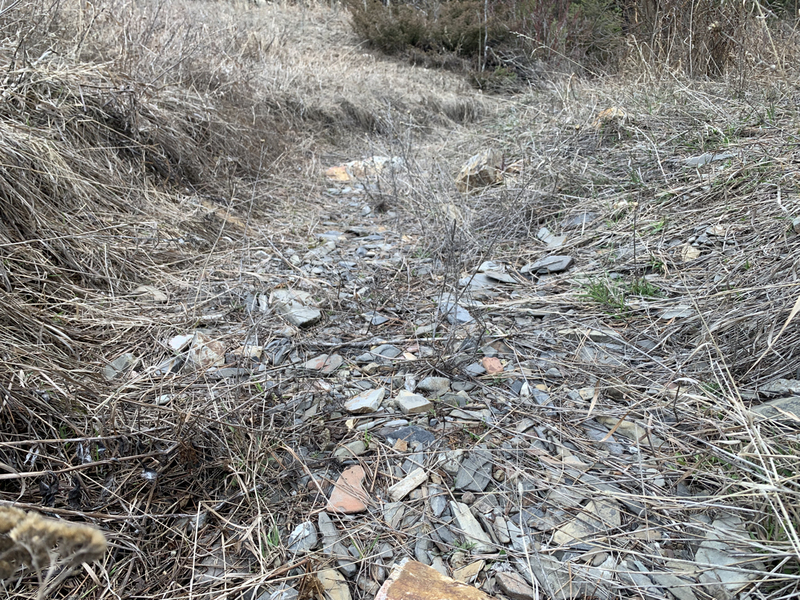 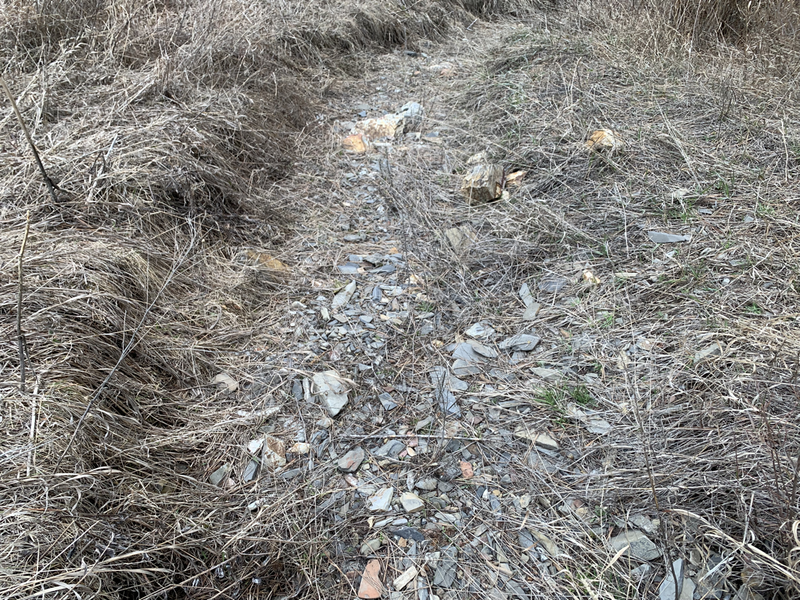 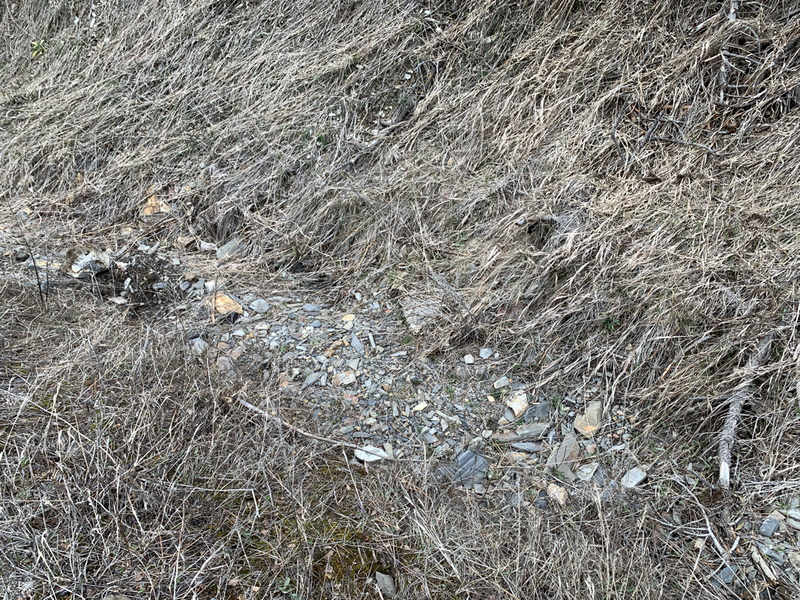 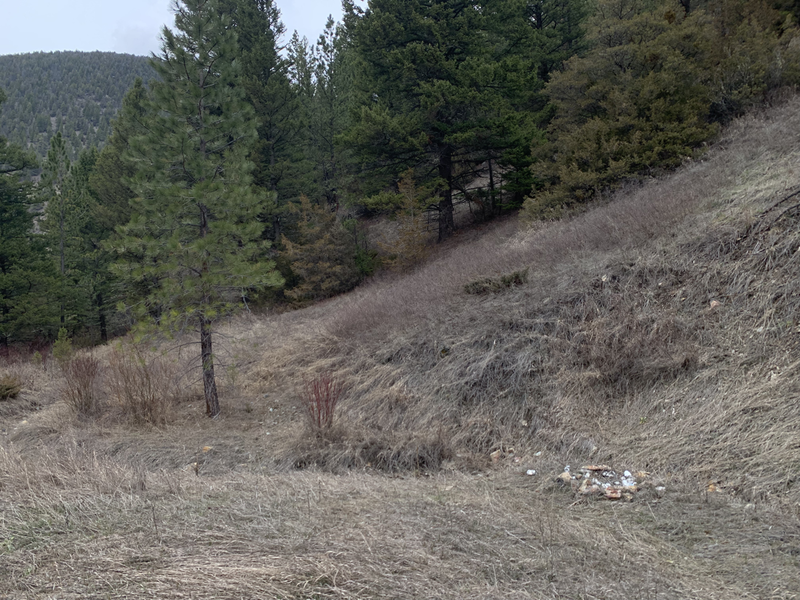 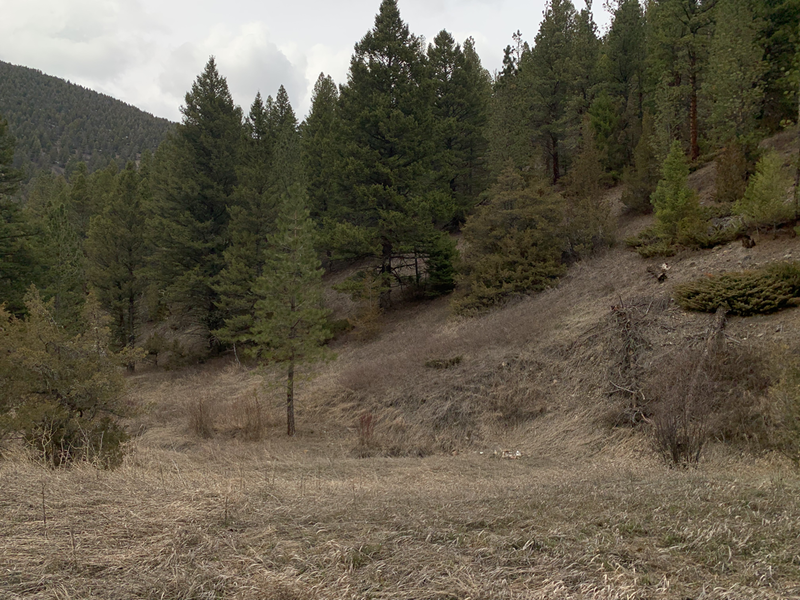 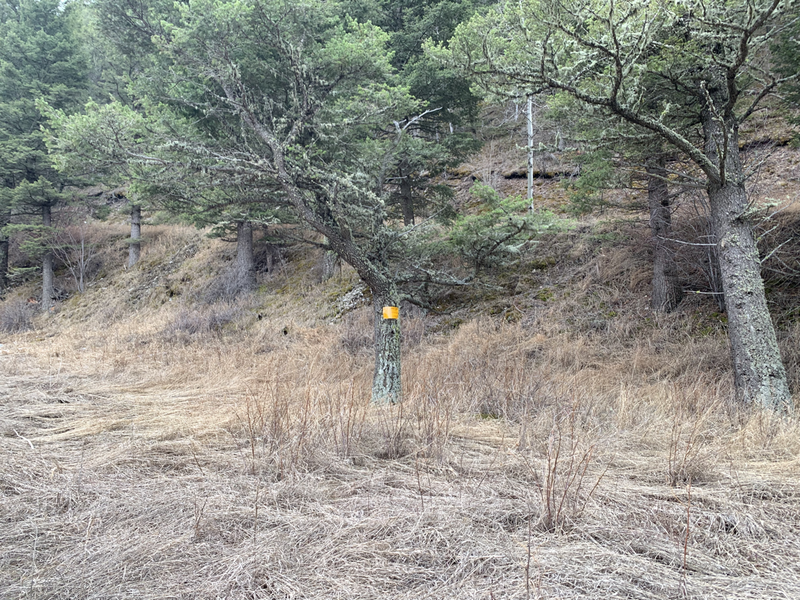 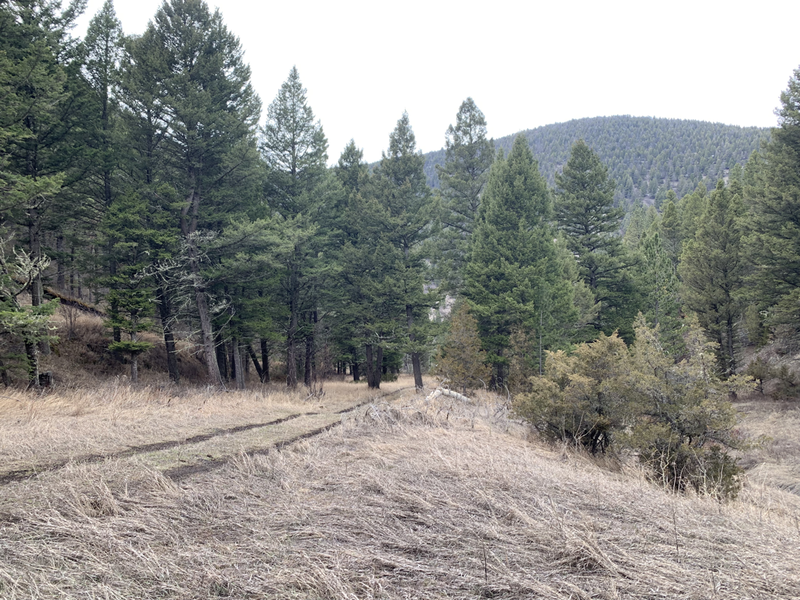 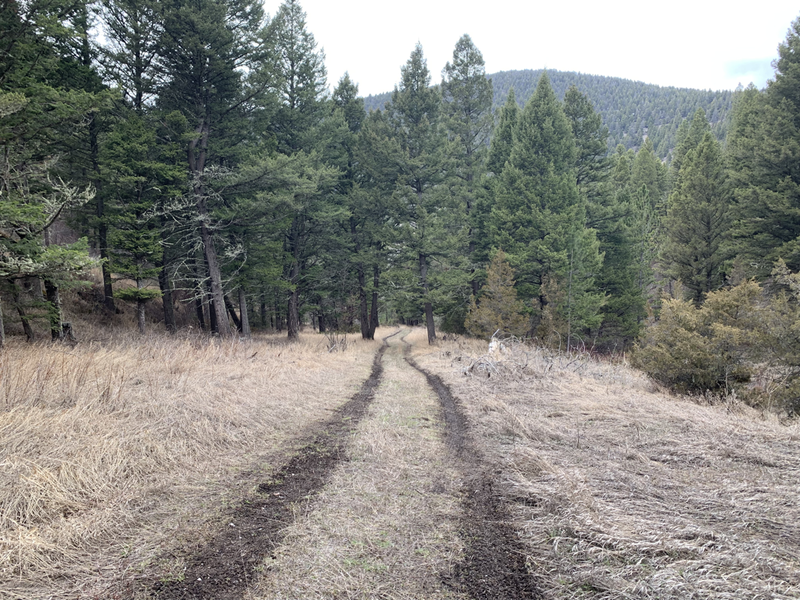 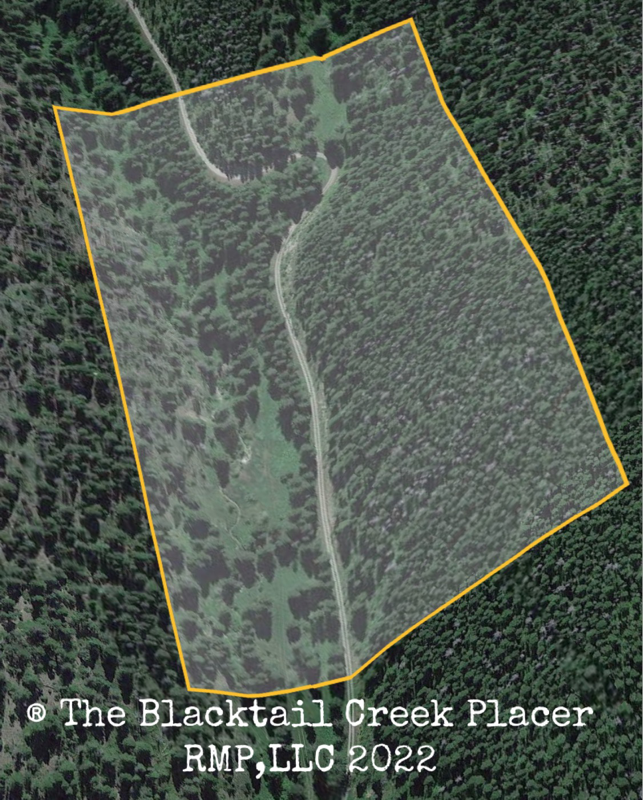