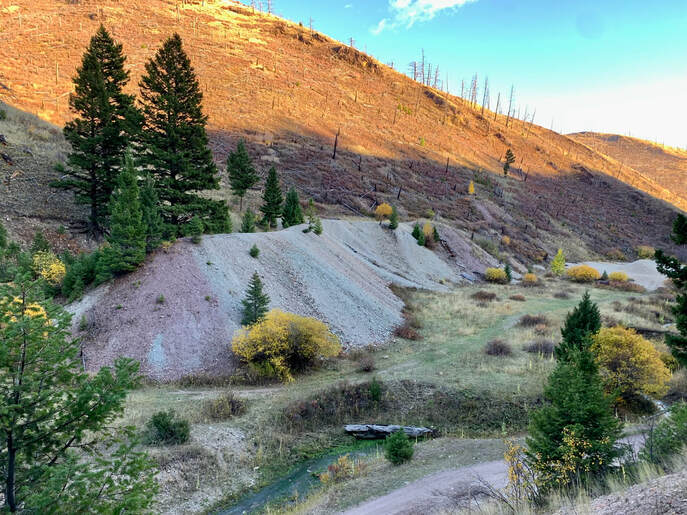 Located in the late 1890s, the Argo property was originally developed as a large plot of over 100 acres.
​ Multiple haulage adits and shafts connected thousands of feet in drifts on an estimated 9 levels of workings on the east side of Hellgate creek.
In the 1940s the Hellgate Prospect was developed on the west side of the creek for Copper exploration to aid the war effort.
The mine ceased operations during the War act, with little documentation of any work completed after.

The mine portal at one time had a wooden tunnel (running adit) that protruded from the face of the mine for 25' feet, this aided in overburden protection, as well as allowing work during the winter snows.
The Tunnel entrance measures 10' tall by 4.5' feet wide.
​
The entrance portal collar has eroded and closed from weathered and aged timbers. Overburden removal and updated timber bracing are required for further exploration of the underground workings.
An estimated 1-3 yards of soil, rock, and overburden currently close off the entrance portal, likely sealed since the 1960s.

A two-room blacksmith and mill shop served as a storage shed as well as processed ore samples from the mine.
​ The structure, likely built in the late 1960s, has fallen into disrepair and collapsed under the strain of time.
Smelting remnants and tools from the old mine are abundant on the site.

Primary commodities include Gold, Silver, and Copper.  Mine workings appear to follow the strike at an 85-degree drift into the hillside, with estimated workings of over 1000' feet in drifting on a single level.

The Primary mine spill is located under the main adit-portal, with estimated amounts of 12,000 yards, while an estimated 2500 yards of smaller grade tailings are located near the old blacksmith shop and smaller adit portal.
​
The second and larger mine spill across the Creekside belongs to the older caved Argo workings.
A large spill portion over 30,000 yards is available for testing and processing, as the parcel encompasses a great portion of the Creekside valley.
An estimate of over 40,000 tons of material from the primary and secondary mine spill is available as a secondary commodity of low-to-mid-grade ore.

An older overgrown road that cuts up the hillside to the underground workings is suitable for ATV or a 4x4 off-road.

This secluded location is ready for the beginning enthusiast, up to a small mining company. 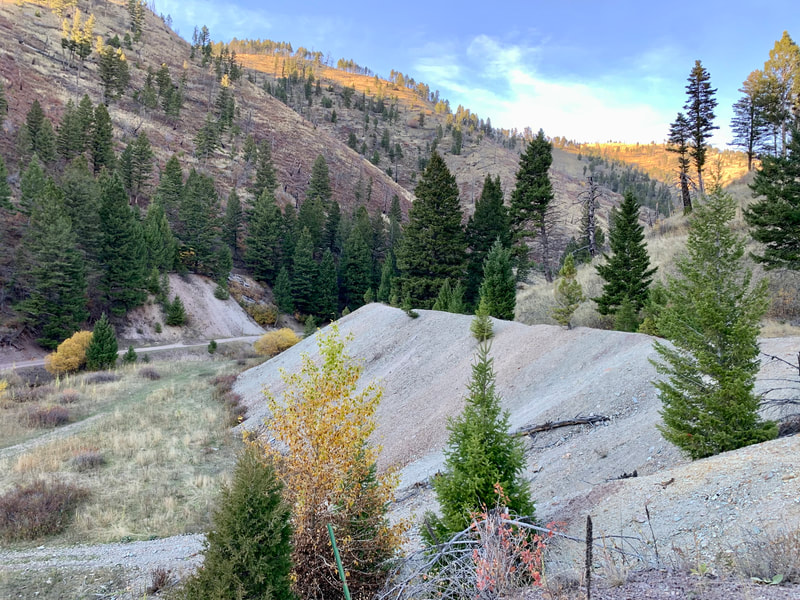 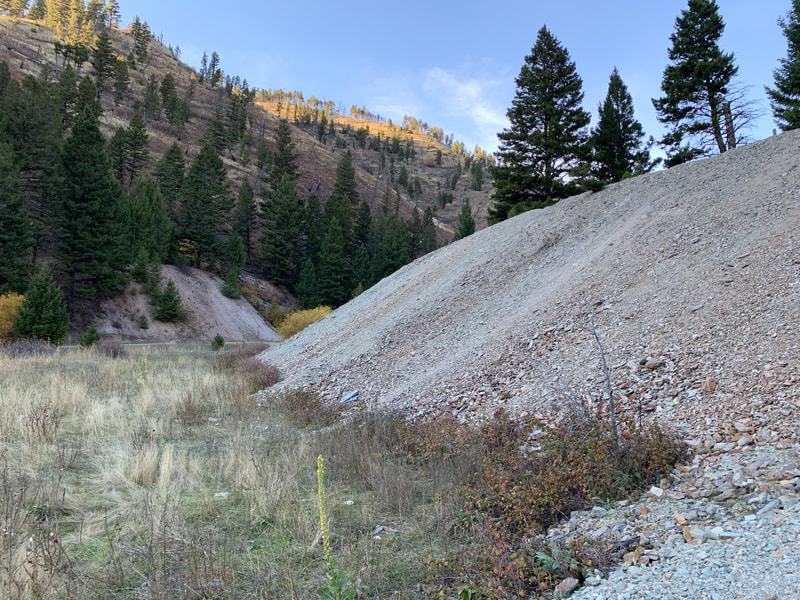 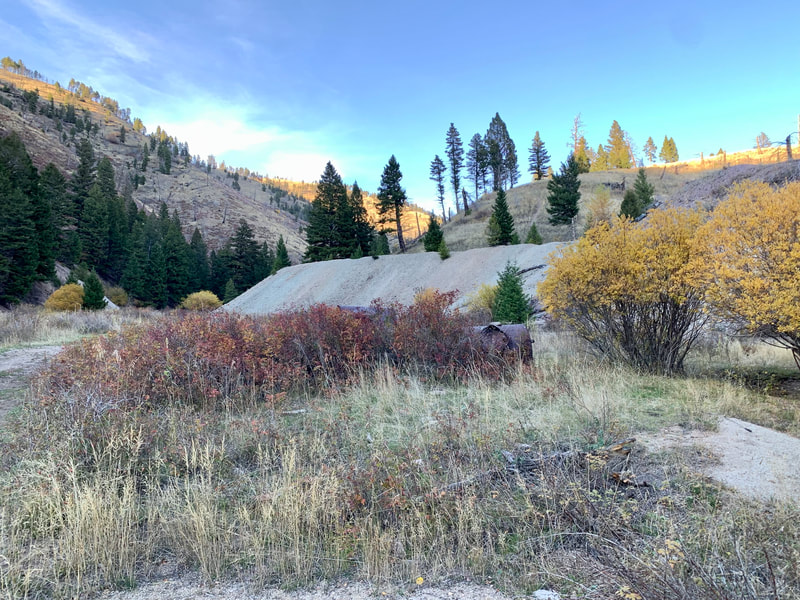 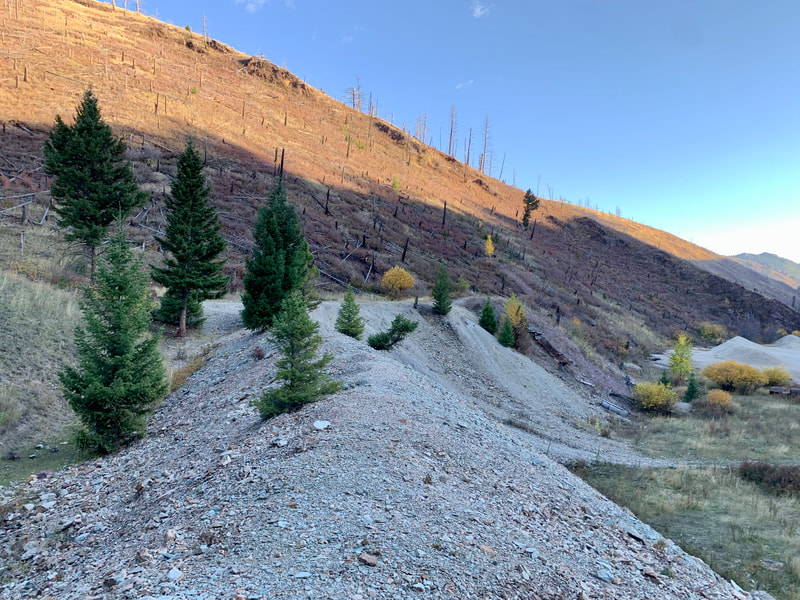 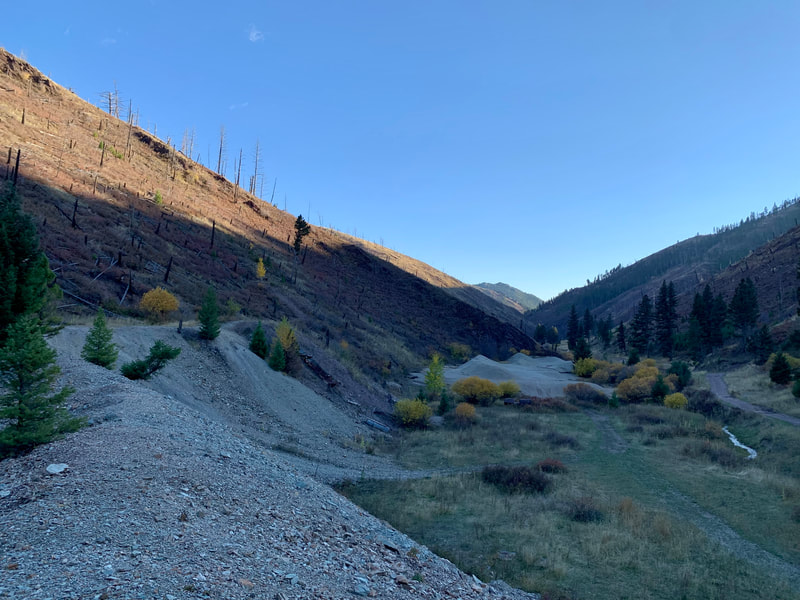 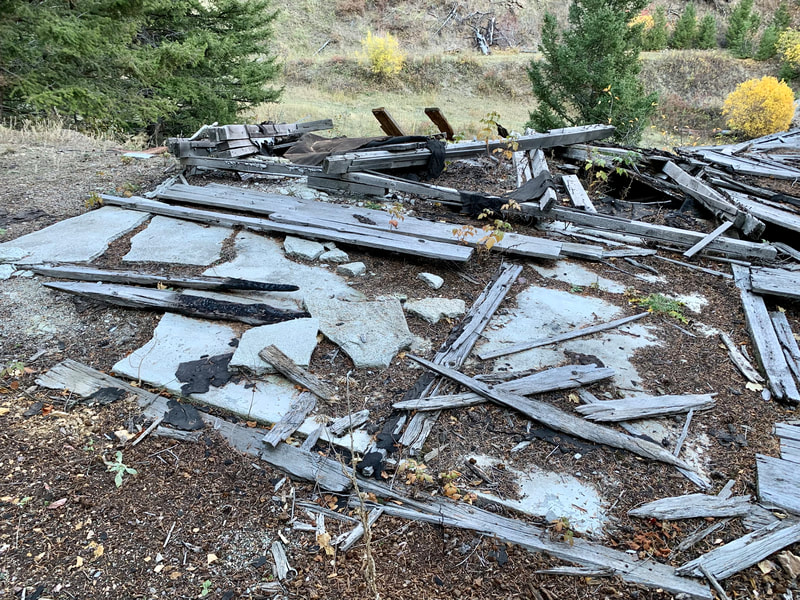 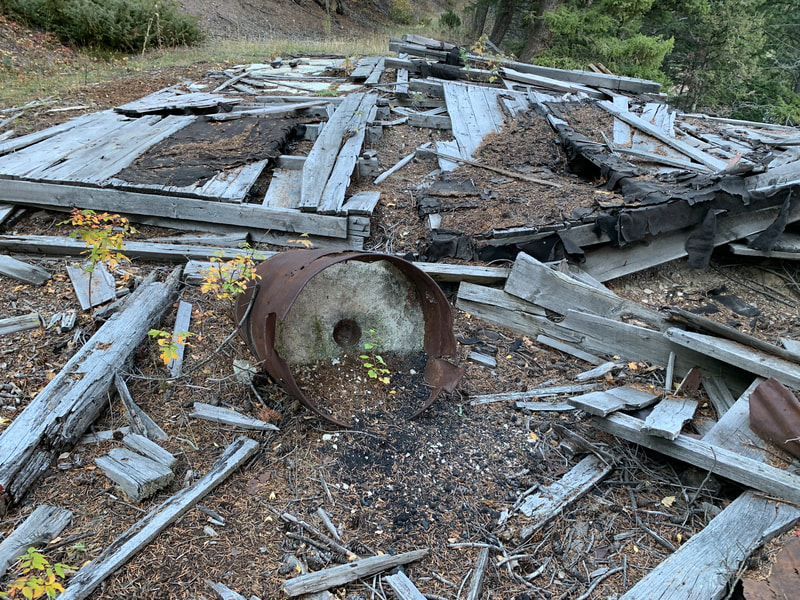 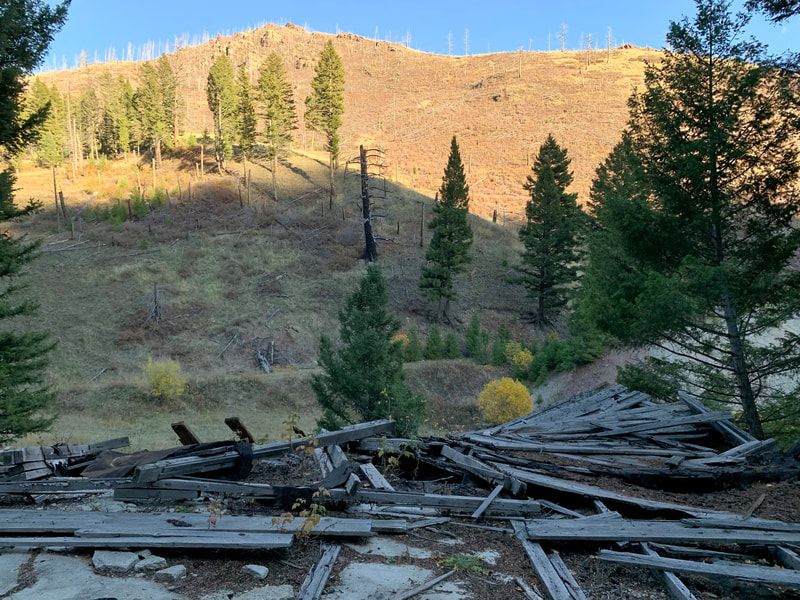 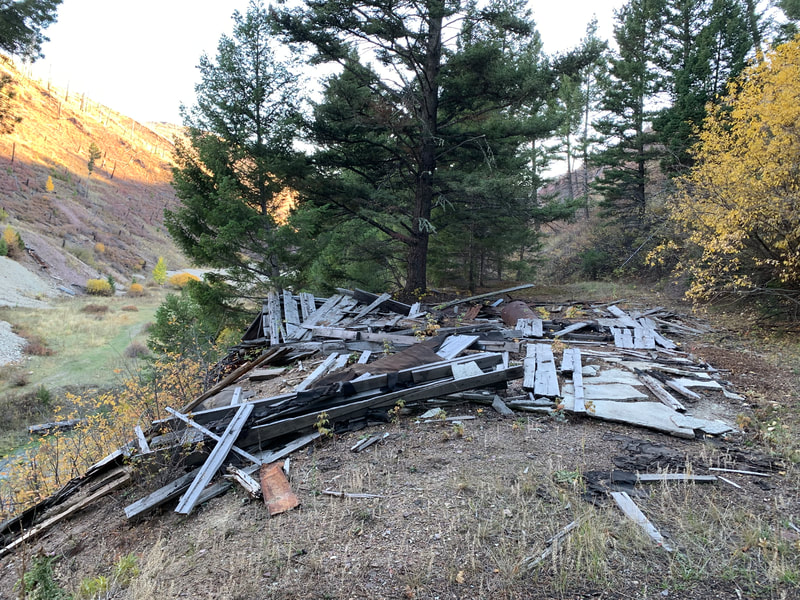 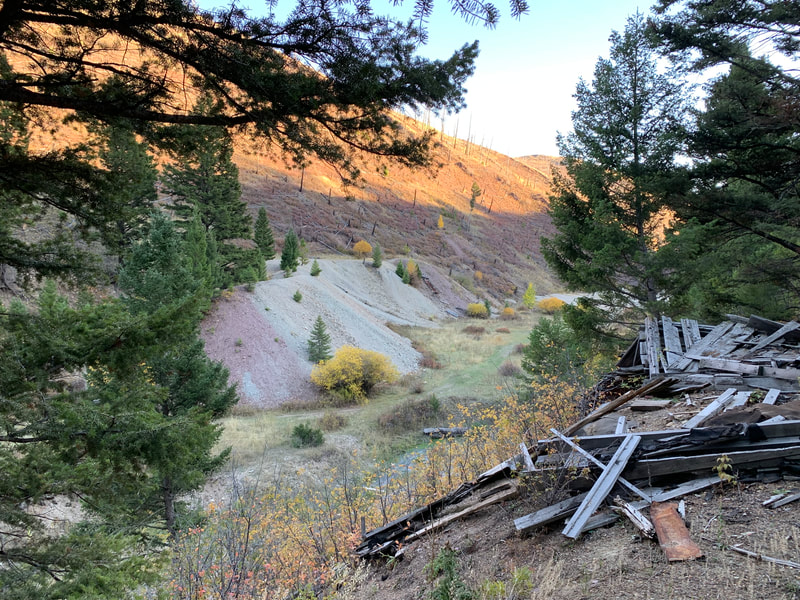 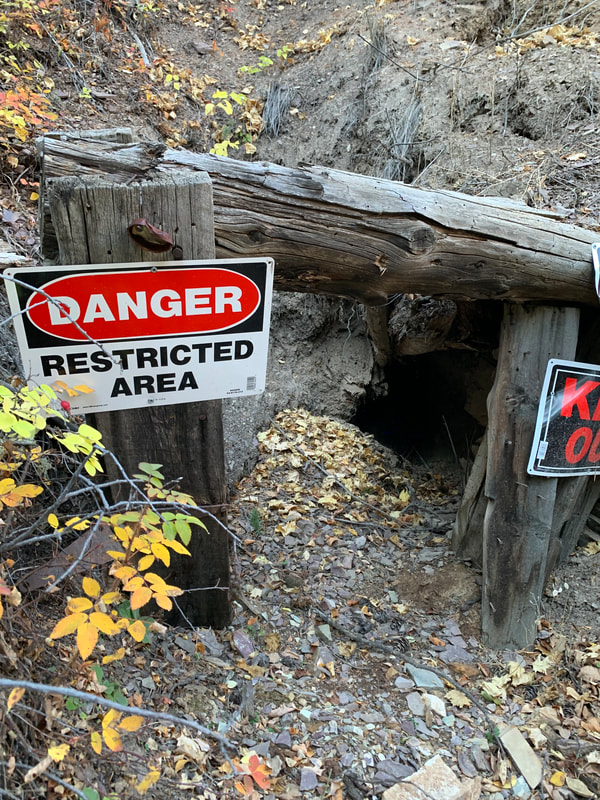 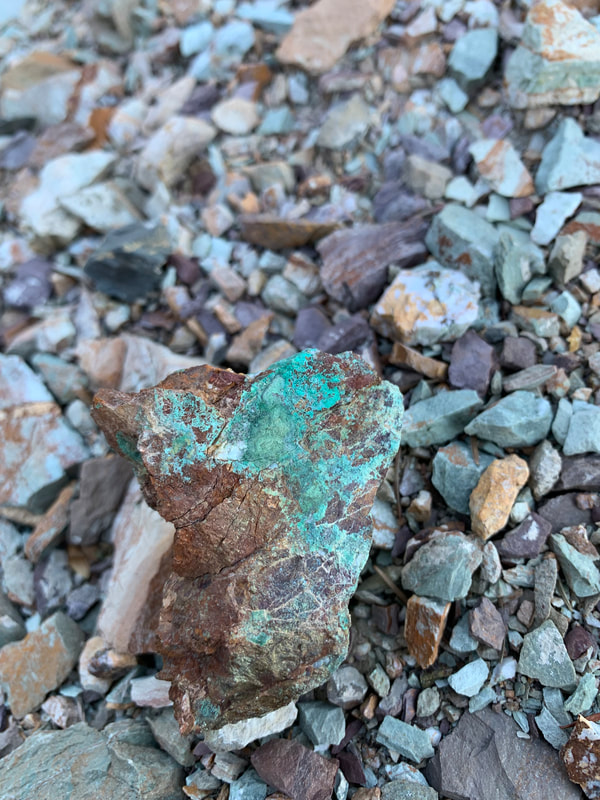 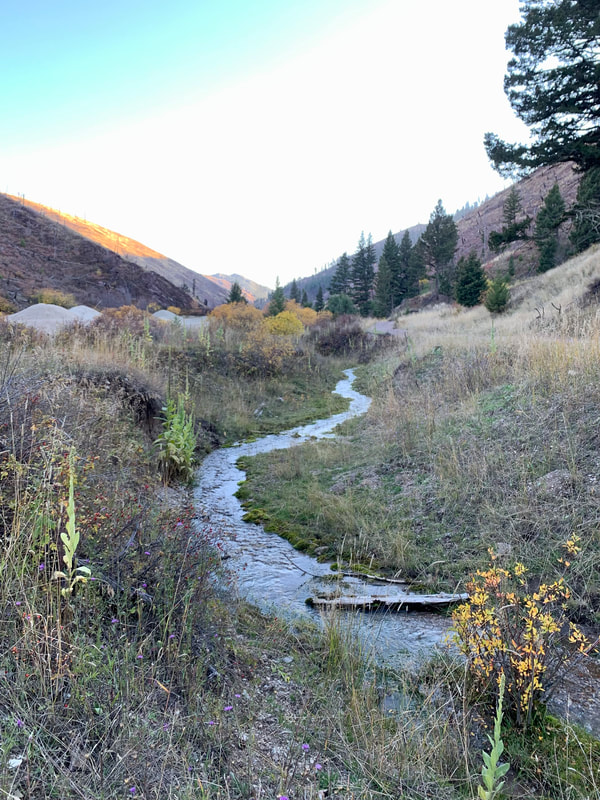 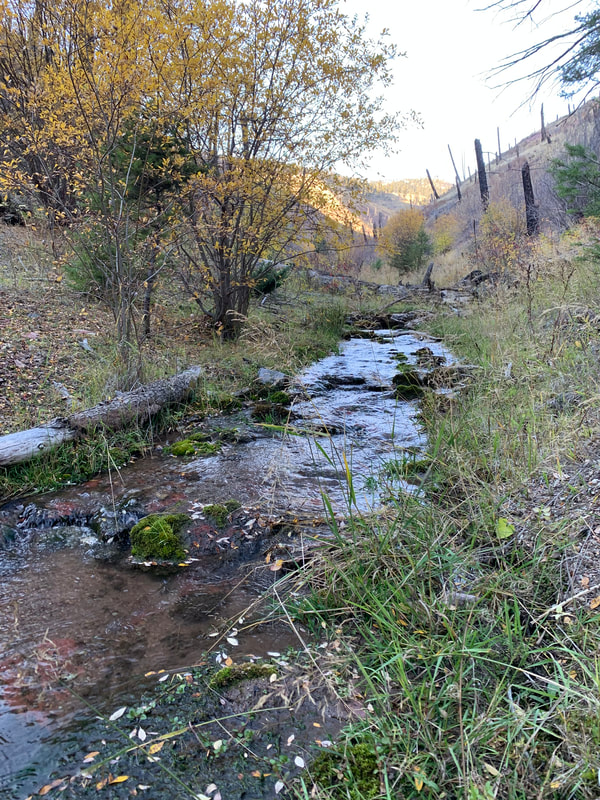 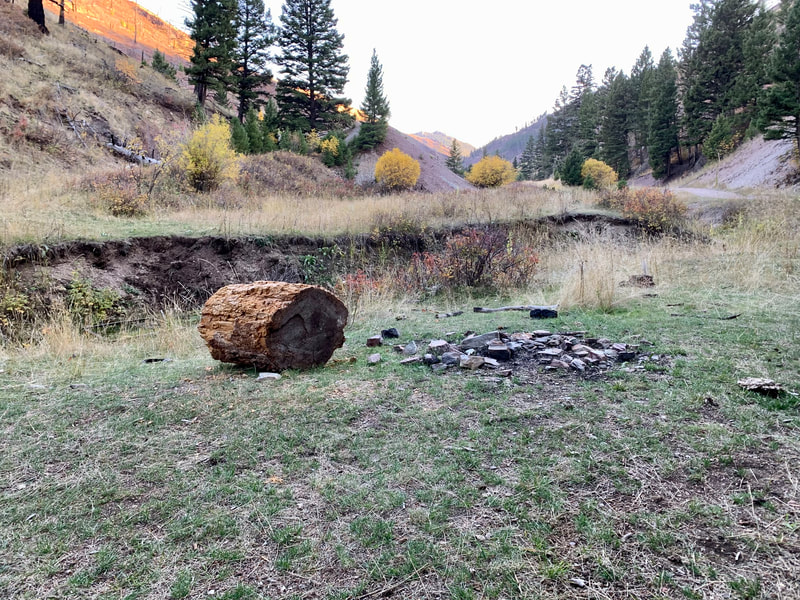 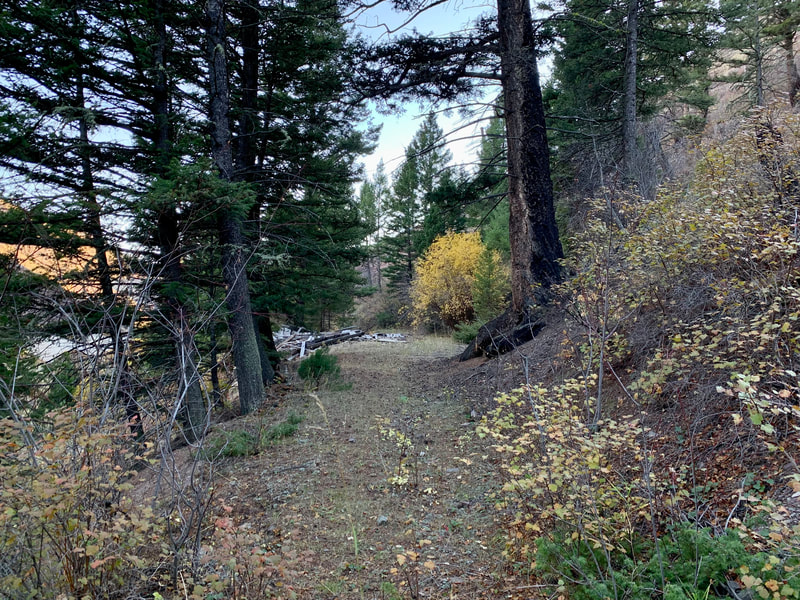 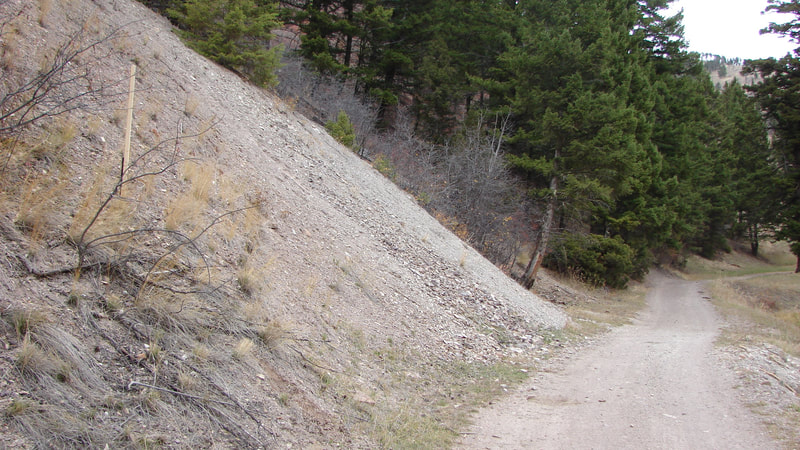 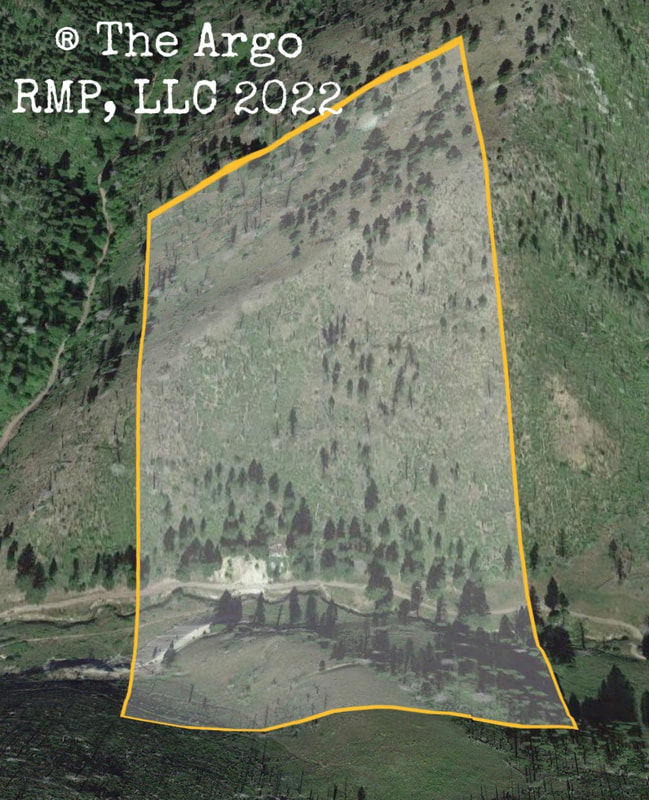