The Golden bear mine 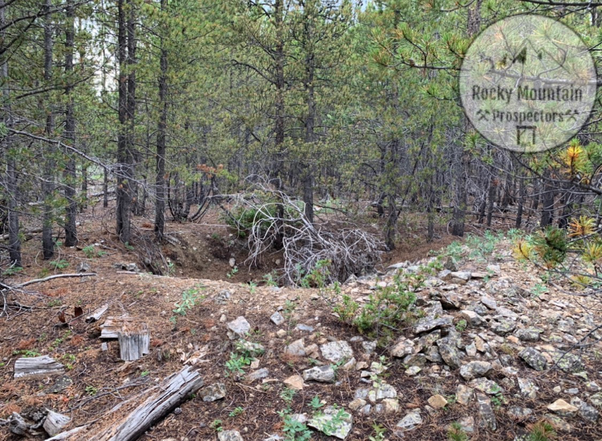 Primary workings consist of a single vertical shaft driven into a mineralized quartz outcropping in the dense mountainside forests.
The shaft is estimated to be between 100'feet to 150' feet in depth based upon the primary spill, though ore hauled out during production cannot be accounted for.
Overburden from years of un-use has sealed the portal face closed, an estimated 3-7 yards of soil and rock are blocking any potential underground workings and require removal for future access.
Visible ore spill is estimated at 7-10 tons of material, while the outcropping face is present above the main shaft.

The deposit is a quarts outcropping with disseminated Galena(Silver and Lead ore), Chalcopyrite(Gold and Copper Ore) and trace malachite.
In addition to precious metals, the district is renowned for producing gem-grade strawberry quartz and amethyst crystals.
​
As there was no mill site located, all values from production would have been high graded to another site for processing, leaving any potential low -to mid grade ores in the spill.

Access is by good conditioned dirt roads, higher clearance 2wd or any 4x4 vehicle will have no issues with access in warm months.
Featuring two large camping and staging areas, suitable for multiple vehicles ore recreational campers.
Roads are not plowed in the winter.

An amazing mine, with excellent potential for the beginning enthusiast. 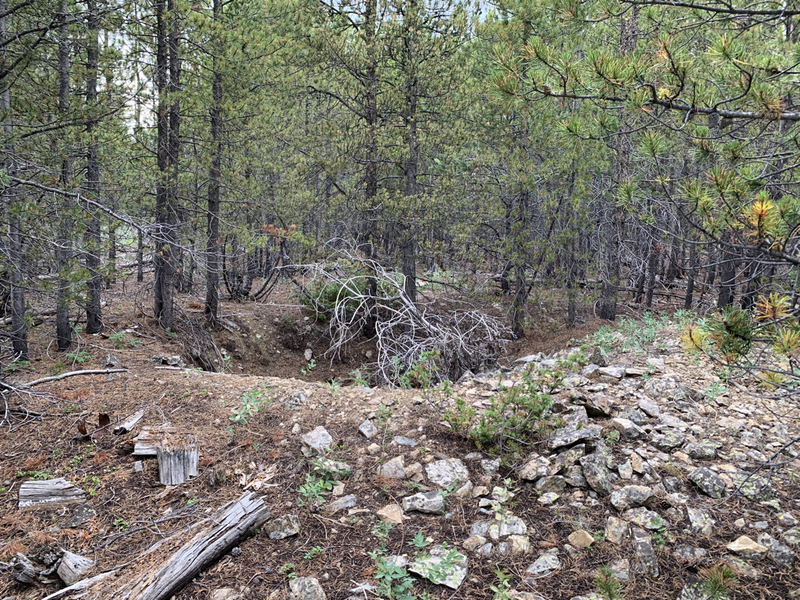 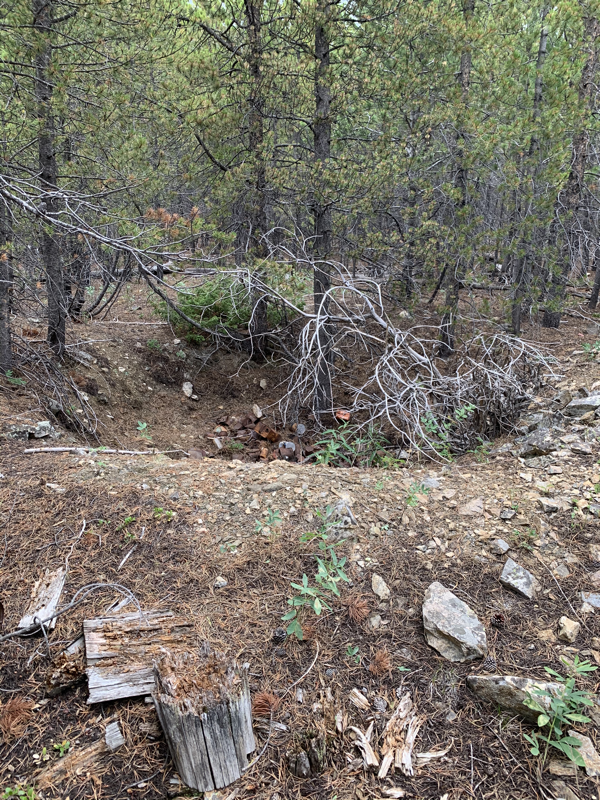 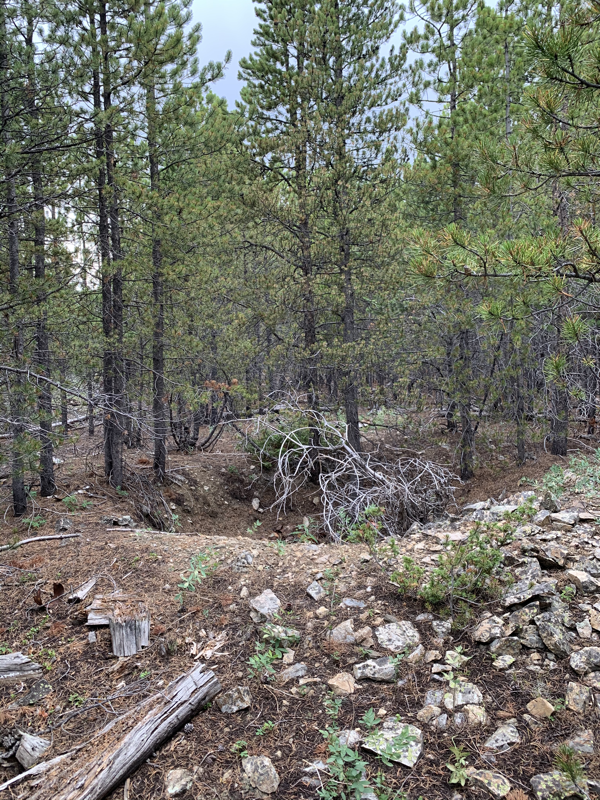 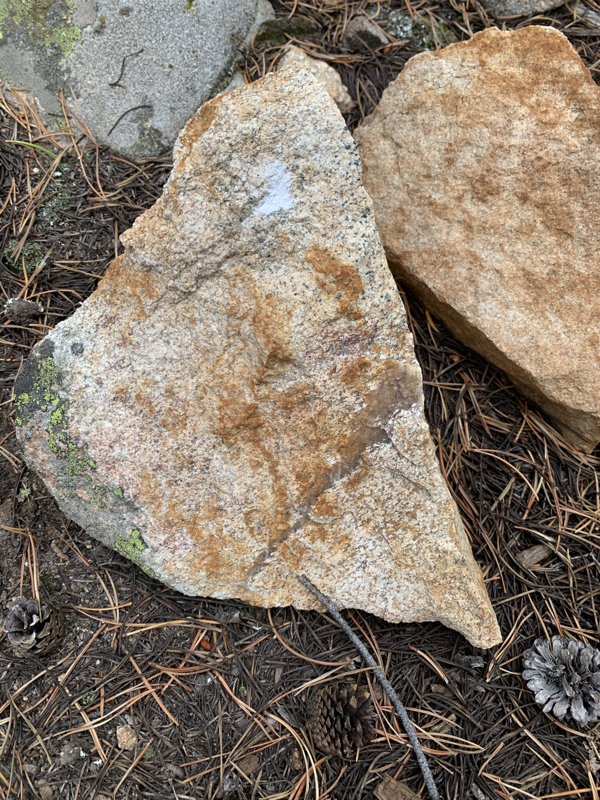 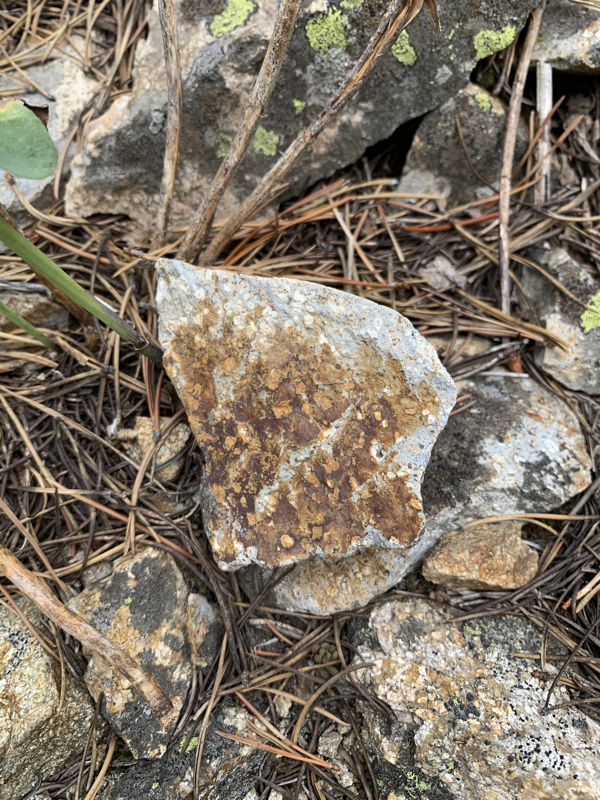 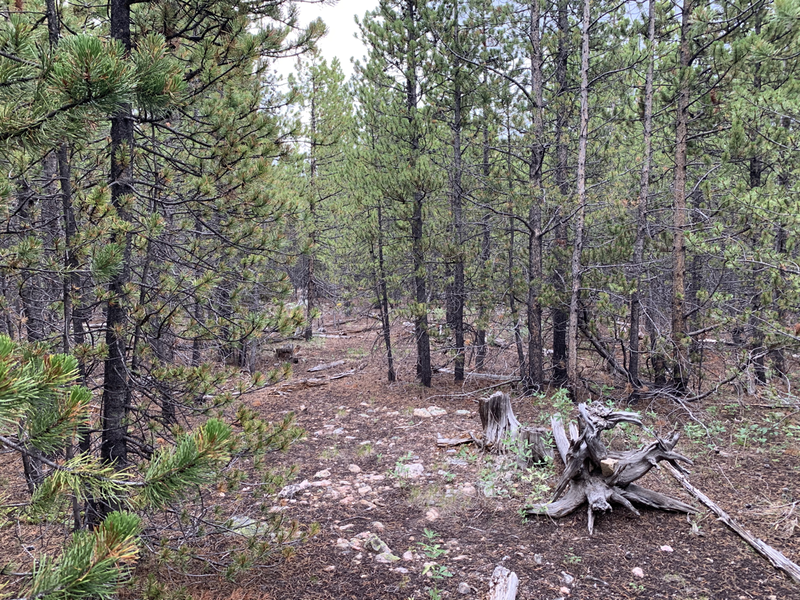 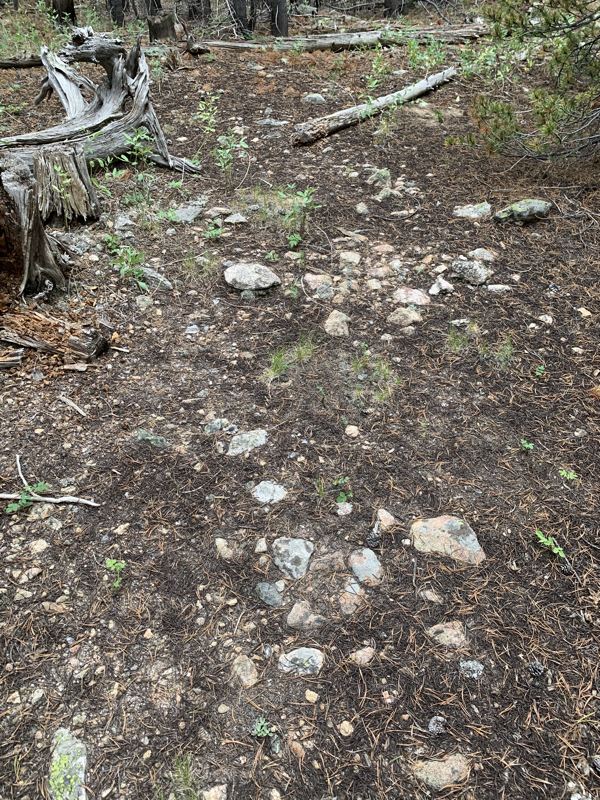 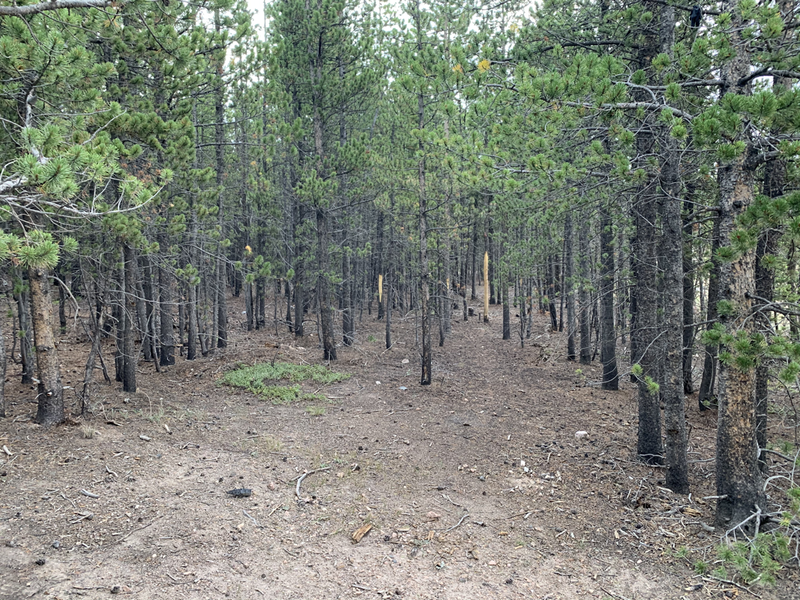 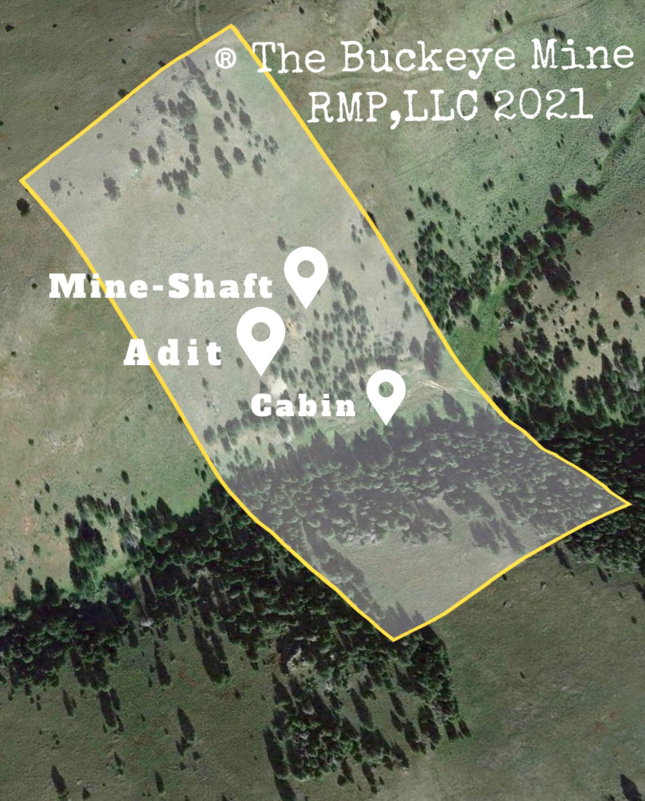 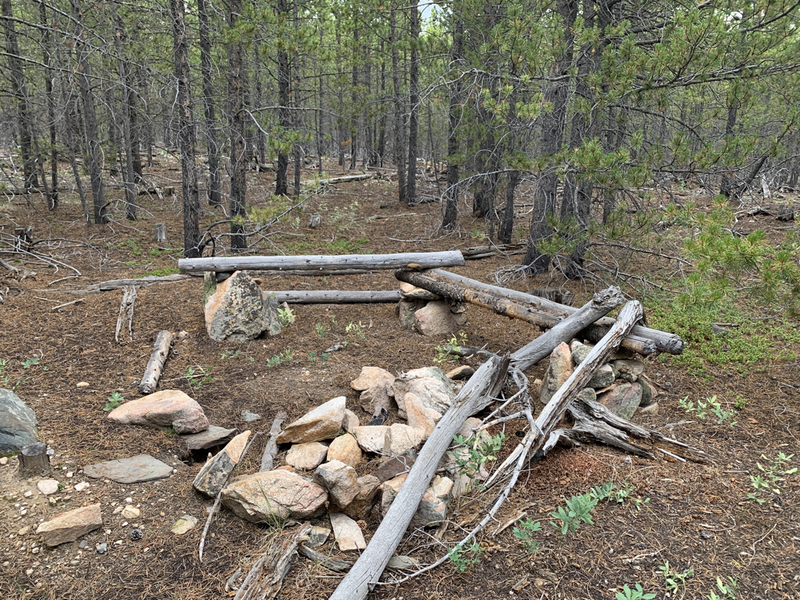 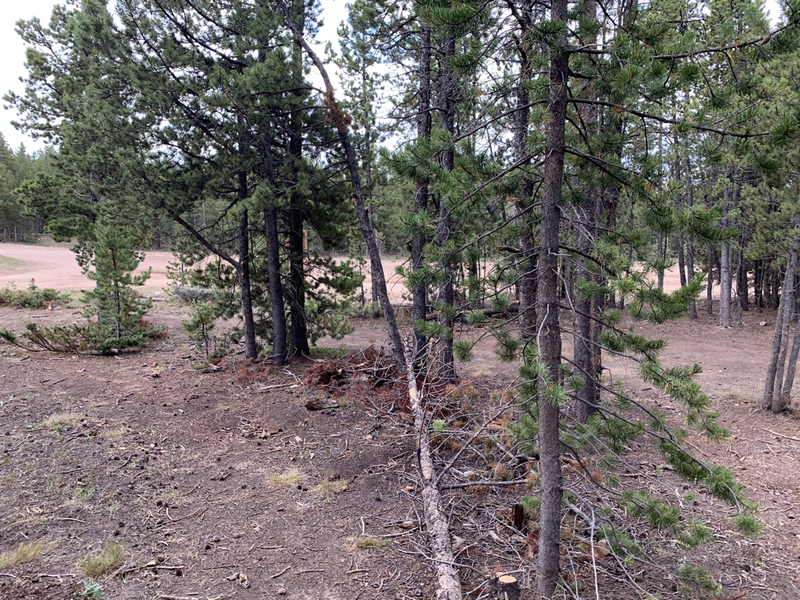 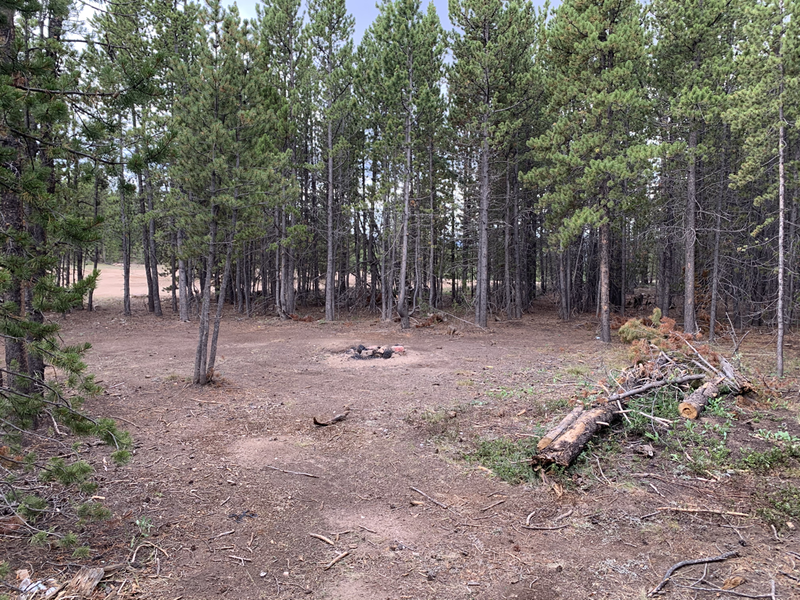 The forgotten Gold district of Manhattan Colorado.
​
During the late 1890’s an optimistic prospector by the name of Zimmerman was determined to find Gold up the Cache la Pourdre canyon.
While the majority of the Gold hungry diggers made there way to famous mining towns such as Idaho Springs, Black Hawk or Denver.
Zimmerman followed what wisdom he could retain from native Indian stories, stories of gold pieces in quartz along the river trails.
As is usually the case with a determined prospector, Zimmerman found that which he searched for.
With a wagon and mules, Zimmerman brought ore specimens from his newly located “Elkhorn Mine” into Fort Collins Colorado.

Slowly, one by one the camp diminished to a few families holding on to the dream.
Shortly after, a large gold vein nearly 18” in diameter was found by aspiring miners!
New life was briefly breathed into the area as prospectors flooded the hillsides once again.

A stamp mill was built near the river and the town of Pourdre City constructed to aid the mining effort.
An unfortunate and suspicious occurrence completed the end of the pourdre city settlement, a water levy north of the canyon burst and washed away the entire town.